In the country of Gazth-Sonika, civil war rages. There, a mercenary called Madlax plies her trade, with almost supernatural skill. In the seemingly peaceful country of Nafrece, Margaret Burton lives a tranquil life. As separate as their lives may seem, the two are connected by ties of mystery, and by a holy book that is also sought by the shadowy organisation, Enfant. As Margaret and Madlax follow the path of their destiny, they come ever closer to uncovering the truth - with no guarantee that it is a truth they can bear to learn. (Source: ANN) 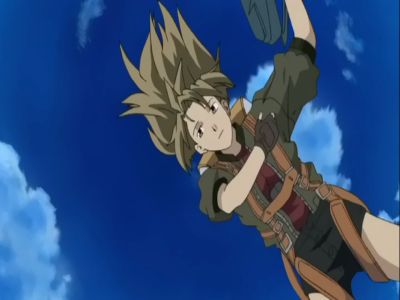 After losing all his comrades, a young Galza fighter Pete attempts to evade Royalist cordons and get to safety. His chances are rather slim, but a strange young woman who appears out of nowhere, single-handedly deals with his pursuers, but still refuses to tell him her name may change the situation a bit... 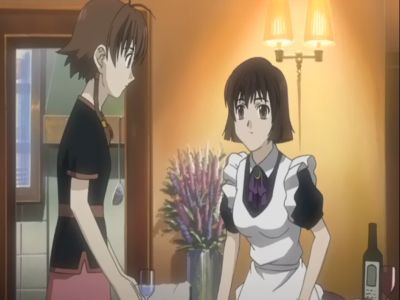 Margaret Burton's life goes as usual, that is, with no changes in sight, until the day when her former tutor Vanessa Rene's present makes one of her seemingly forever lost memories come back. 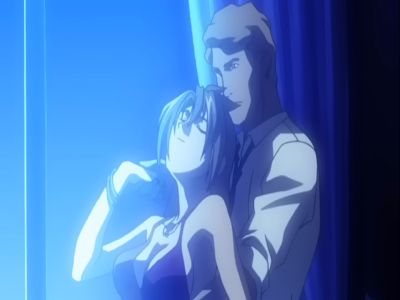 Madlax is assigned to assassinate the Royalist Commander-in-Chief, Guen McNichol, but there is something bothering her: the customer in this case is Commander McNichol himself. 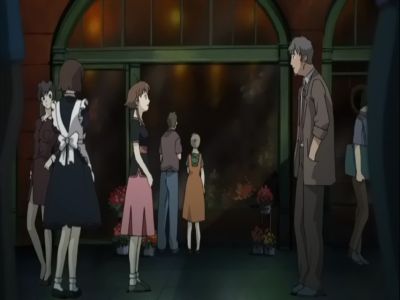 Margaret's classmate Anna Moré kills her own father and then walks out of a third floor window. Police investigator Maclay Marini is convinced that there is a reason behind this murder and is ready to give everything to find the truth. A boy from Nafrece, Chris Krana, secretly travels to Gazth-Sonika in hope to meet his father, of whom he only knew from his late mother's words. And, since Chris' father is thought to be Min Durk, the leader of Galza, Madlax is hired as his bodyguard. A classmate invites Margaret to a soirée, but her omniscient maidservant Elenore soon finds out that some suspicious individuals are on the guest list, too... At Vanessa's suggestion, Margaret hires Eric Gillain, a bibliodetective, whose job is to search for rare manuscripts, to find another copy of her "picture book". Soon enough, it becomes apparent to him, that a trip to Gazth-Sonika is necessary. Enfant showed interest in Gillain's investigation, and although Madlax was successful in saving his life once, the journey into the combat zone, where the people who allegedly know something about the Book live, still lies before them. 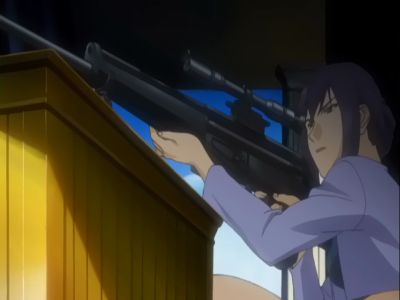 Luciano, a friend and colleague of Madlax, decides to leave Gazth-Sonika and his business for good, but before that, he has to complete one last assignment in Nafrece... Shocked by an unintentionally overheard conversation, Vanessa desperately seeks for any proof of Bookwald Industries' involvement in the Gazth-Sonikan war. Since the official data appears impeccable, she asks a familiar hacker Badgis for help.

Two extremely different characters and convergent plot lines shrouded in mystery along with a killer soundtrack make for a bitter sweet treat. The series fully deserves the love/hate train it's earned over the years. **Review Disclaimer -- This review is spoiler free** I watch anime in Japanese with subs. Personally I enjoy the story elements of anime the most and tend to be pretty biased towards story driven anime of any genre--Action/Adventure being my favorite followed closely by Sci-fi and Fantasy. Anime just brings these themes to life in creative and imaginative ways live action will never compete with. So, anime with a good story I tend to rate above average even if they're lacking in other respects and anime that neglect story I typically rate below average. Based on that bias you should be able to adjust my ratings up or down to conform with your own criteria. **Madlax Overview**Aired: 2004 Studio: Bee Train Content bias: Story driven (the characters tend to revolve around the world) Themes: Action, Gun play, Supernatural, Mystery Overall Rating: 3.5/5 -- stream it before you think of buying Recommendations: Canaan, Read or Die, Black Lagoon **Story: Plot and Themes** Madlax follows two convergent plot lines. Madlax is the name of an infamous assassin in the country of Gathz-sonika. It's kinda like a wealthy middle eastern nation that still has to deal with shit hitting the fan, too close to home and more often than anyone is comfortable with. The second plot line follows Margaret Burton, a young girl and her acquaintances that fall into a world of mystery and conspiracy at the fingertips of the secret organization Anfan. This secret society is both a master of propaganda and information control and seeking the truth about the world. Anfan sets its sights on Margaret believing she holds one of the keys to unlocking the truth of the world. The lives of Margaret, Madlax, and Anfan will all collide in order to uncover the secrets of the past. Madlax tends to be about 50% shoot 'em up and 50% story and the series really fights with itself in this respect trying to pick one over the other and never succeeds. Ultimately this seems to be the driving force for the division of opinion on the show, one side passionately arguing the glass is half empty and the other side adamantly asserting the glass is half full. That said, if the premise of a chick with superhuman perception sharp shooting guys with her eyes closed is unappealing to you in every way possible, I'd advise you to stay far, far, away from Madlax. **Story: World building**For the reasons I just described above world building ends up being one of the downfalls of the series. In a lot of ways the story is lacking depth, you have to make a lot of assumptions about what the world is like, which really isn't good when your setting isn't based off something extremely grounded in the real world as a reference. It makes the society seem shallow and the secret society Anfan seem shallow and really doesn't help flesh out any characters. The world of Madlax ends almost as shrouded in mystery as it began making too many elements of the show feel like simple plot devices. **Animation** The animation is decent and consistent all the way through. The character designs were all good and background and effects were engaging. Madlax came out in 2004 so it is starting to show its age a bit compared to a lot of the super CG coloring and shading in today's anime. There wasn't much in the way of stock scenes which is excellent but even the super shoot 'em up fights didn't have amazing choreography either. Ultimately the show is starting to show its age but if you can overcome that it's at least worth a watch. **Sound**The soundtrack for Madlax is probably one of the best anime soundtracks out there. Never before has a series been so redeemed by its music score as was Madlax. The OP and ED are both great as was the music throughout the series and did an excellent job of setting the tone and the pacing of the show and scene changes. If nothing else, I guarantee you will remember the songs from this show forever more. As for the dialogue and sound effects they were all up to expectation. **Characters**The best way to describe the characters for this series is awkward. The two main characters Margaret and Madlax are both extremely introverted which can be annoying at times because you're completely dependent on secondary cast being around to see even minimal development of the main characters. Ultimately this created a scenario where there was more development of the secondary cast than we saw for the main characters. Which kind of sucks, but what you see is what you get in this case, if you're watching this series it won't be because you're looking to see a woman grow up and strengthen her convictions or anything. Madlax is plenty strong already though. **Enjoyment and Recommendations**I mentioned this before but it's worth saying again, really the soundtrack is the saving grace for this series, it helps keep the pacing and garner your interest for everything that is going to happen next. In every sense Madlax is a strangely good series because the soundtrack does such a good job of setting up each scene for success and I can't think of another anime whose soundtrack does the same to this degree. I also can't think of another series that mixes shoot 'em up with supernatural mystery to the degree Madlax does. As I mentioned before, it seems to me to be pretty subjective as to whether that's good or bad, but I enjoyed it. Overall -- stream it before you think of buying and Recommendations: Canaan, Read or Die, Black Lagoon

Start a new discussion for Madlax anime. Please be fair to others, for the full rules do refer to the Discussion Rules page.