Arusu believes in magic. With all her heart, she believes that magic is possible and that it can be used for good deeds and fun games. But suddenly, she finds herself transported into another world, ruled by a mysterious elite of witches—and these witches don't seem to be in it for the fun. They're hard at work capturing sprites, the native magical beings of the world, and forcing them into slavery. Once Arusu realizes that her new surroundings aren't just a dream, she sets out to change things. (Source: ANN) 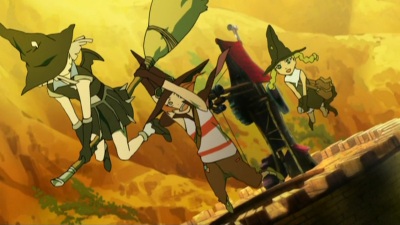 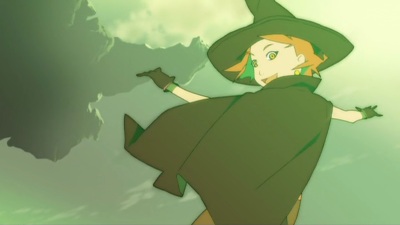 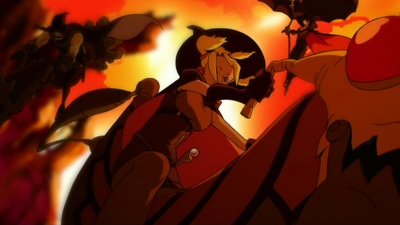 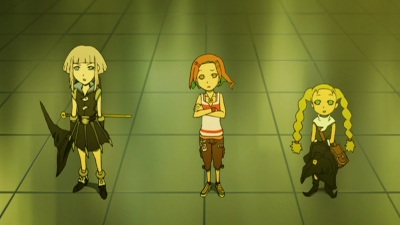 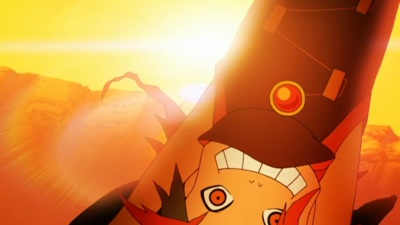 Forest of No Return 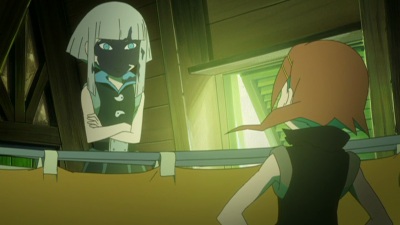 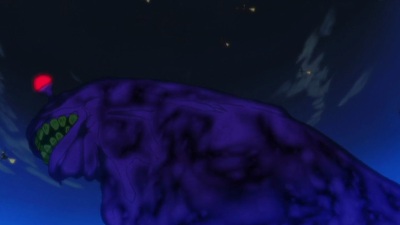 Story: Arusu (or Alice) believes in magic with all her heart and wants to become a witch someday to make other people happy with her magic. One day, she gets teleported into a magical world of witches. Alice gets excited at first, but not being satisfied with what's going on around here, she decides to change things. I love the idea of the magic in the show and the creativity around the world. She is marked as a troublemaker when she releases all the sprites the witches have captured for use as the source of magic spells. I don't like that she is and her soon to be friends had to suffer for it (they get cursed, unable to age unless they get all of the fairies back) but I do like the idea for them to try to work together and find the fairies which are very creative and interesting to boot. I hate that it takes a while to get used to pacing and characters which is mean spirited in the beginning. Also later on in the series, the witches interact with the world of the wizards as both try to save their worlds from destruction, completely abandoning the fairy collecting and curse bit until the very end which makes it kind of... odd. Animation: I love the artwork in the show, the backgrounds are nice looking and interesting to look at. I also love the animation on the characters, it's pretty smooth what with them moving... for the most part. I hate most of the facial expressions on the characters though as it just looks really weird and they look pretty odd looking to boot, I know it's a pretty old anime, but still. Sound: I love the music. The ending theme is incredibly catchy the opening music is instrumental but it sounds pretty nice and decent. I hate the voice acting. The majority of the voice work is god awful (either in the dull or whiny department... or worse both) and it does really take a long time to get used to... especially since they won't shut up for the most part. Characters: I love Alice's optimism and her will to never give up and believe in magic. I love Shiela's cool and calm demeanor as well as her development with the others later on in the show. And I also love Eva's kindness and quirkiness (Eva and Shiela are Alice's new friends). Will and the bike gang are great side characters :3 I hate how Alice never shuts up about magic and witches are silly and use magic to make others happy (uh... unless she's seen W.I.T.C.H. I cannot see this). I hate how Shiela is a jerk in the beginning and Eva doesn't do much in the show at all and is useless, she gets kidnapped and is in need of saving, even when she says that she needs to be stronger (why does this remind me of Elise from... NO! Eva is better than her in every way!). The other side characters are obnoxious, annoying, or bland. Although I do love the fantasy and action aspects, it does get exciting and it will make you want to know what will happen next~ However although the ending was good, I HATE the climax. It's out of nowhere, it's boring, it's dumb, and it ends on one of the lamest parts I've ever seen (I won't give it away but needless to say... it's bad). Overall: Yeah this has been all over the place, but I do think it's worth at least checking out once if you like these type of anime. Look it up on Youtube if you want to check out the dub version or find another site (like Gogoanime?) where you can see the subbed version of you like, just a thought~ Anyways, thanks for reading my 47th review(gosh that took longer than I expected)~

Start a new discussion for Mahou Shoujo-tai Arusu anime. Please be fair to others, for the full rules do refer to the Discussion Rules page.