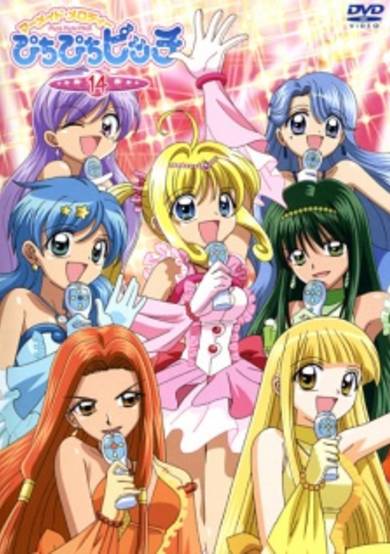 As the mermaid princess of the North Pacific (one of the seven mermaid kingdoms), Lucia entrusts a magical pearl to a boy who falls overboard a ship one night. Lucia must travel to the human world to reclaim her pearl and protect the mermaid kingdoms. Using the power of music Lucia is able to protect herself and the mermaid kingdoms from a growing evil force.
User Count3747
Favorites Count56
Start Date5th Apr 2003
Next ReleaseInvalid date
Popularity Rank2449
Rating Rank3983
Age RatingPG
Age Rating GuideChildren
SubtypeTV
Statusfinished 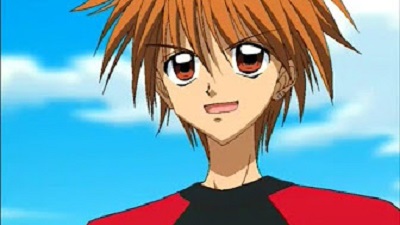 Mermaid Princess Lucia leaves her undersea kingdom in search of her magic pearl, who she left in a nearly drowned boys custody 7 years ago. See recap for complete info. 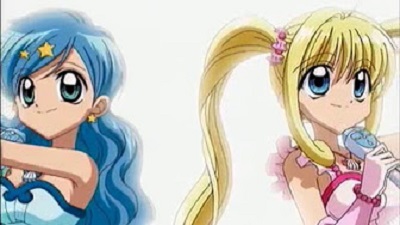 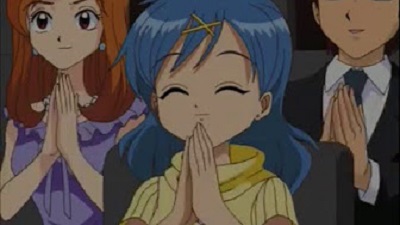 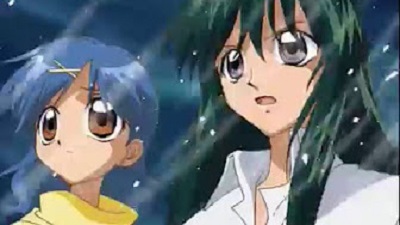 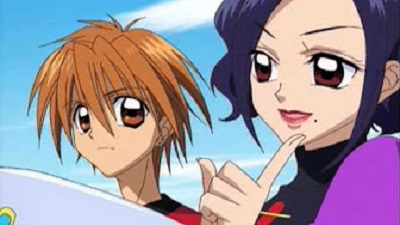 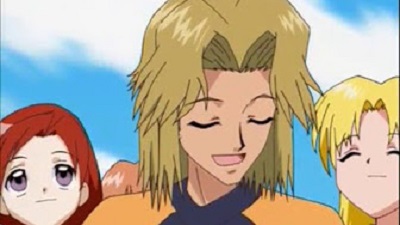 Images of the Past

Story: As the mermaid princess of the North Pacific (one of the seven mermaid kingdoms), Lucia entrusts a magical pearl to a boy who falls overboard a ship one night. Lucia must travel to the human world to reclaim her pearl and protect the mermaid kingdoms. Using the power of music Lucia is able to protect herself and the mermaid kingdoms from a growing evil force. Pros: I like the story, it's very similar to The Little Mermaid in a way and I liked that movie... when I was a kid anyway. I also like the idea of how the main character(s) fight with: music. I love music and the songs in this show are incredible, ranging from peppy to sad, it's all there and it's all awesome. My favorites are Legend of the Mermaid and Return to the Sea :) I also liked most of the characters in this. Luchia is nice and is a never give up type of girl. She's ok but I've seen worse versions of her (\*cough\* Mitsuki from Full Moon \*cough\*). Hanon is also pretty decent, spunky, fashionable, and has high spirits and a good heart (and likes guys... yay) She kind of reminds me of Clover from Totally Spies... or Alex cause of her voice. Lina is my friend's favorite and mine too, she's a tomboy who's serious, determined, mature (acts like an older sis for the other two) but also has soft spots for comedy shows, animals, and plasma TV's. Weird for me to say, but I also liked the villains in the show (with the exception of the Black Beauty Sisters mainly cause they're weird and creepy and not at all cool. They're sisters and implied lesbians... yeah). Yeah, they weren't good at being evil, but they were pretty funny and it was entertaining seeing them interact with each other and the mermaid princesses outside of battle. Hard for me to pick a favorite though. The art and animation looked nice too, it was fluid and cool to look at (except for those dang surfing scenes... why do we need those?) OP #2 is great and so is ED #1 :D Cons: Biggest problem that stops me from giving this 5 stars is the romance... it sucks. While the love interest isn't the worst I've seen, he still comes across as shallow, uninteresting, and kind of a jerk to the main lead. Also what is up with the two kissing every four episodes? It's really annoying and repetitious and it doesn't add a dang thing to the story! (I also hate the two person love triangle plot cliche, it really pisses me off) The other shippings and couples are not much better, aside from Hippo (a penguin mascot from the main characters who can turn into a human not at will... I think) and Yuri (one of the aforementioned villains from earlier), none of the romance in this is any good or thought provoking, I didn't care about it at all when it was a topic. OP #1 is bad and so is ED #2 D: Overall: Desptie its problems, Mermaid Melody is a fun musical and magical experience under the sea, and if you enjoy magic + music anime, then I'm sure you'll love this one! The sequel on the other hand... Nah, I'll get to that when I get to it. Anyways, thanks for looking at my 40th review~

Start a new discussion for Mermaid Melody Pichi Pichi Pitch anime. Please be fair to others, for the full rules do refer to the Discussion Rules page.