Spoiled rich girl Yao Sakurakouji decides to join the Miami police force to enjoy car chases, gunfights and wanton destruction. The psychotic and not-too-bright Yao is partnered with Lu Amano, the soft-spoken and sharp-tongued daughter of the police chief. Together the dirty duo clean up the streets of Miami and take on a mysterious crime syndicate known only as 'The Organization'. (Source: ANN) 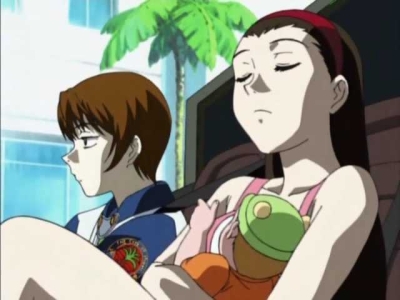 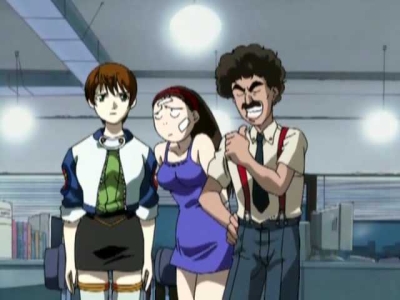 All About the Miami Guns! 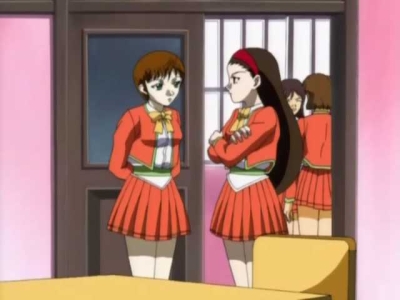 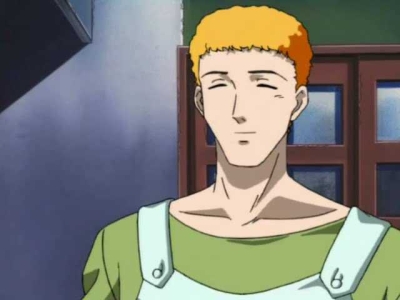 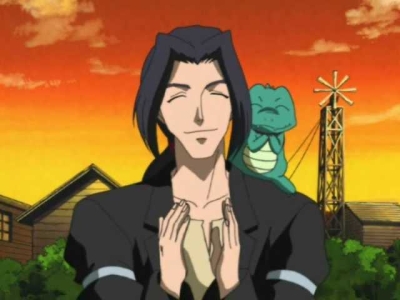 The Gunman With A Little Alligator 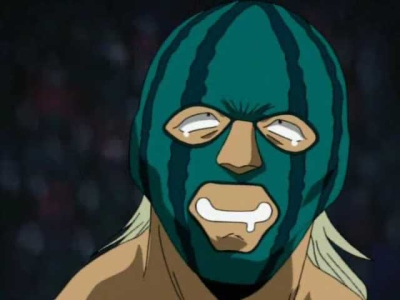 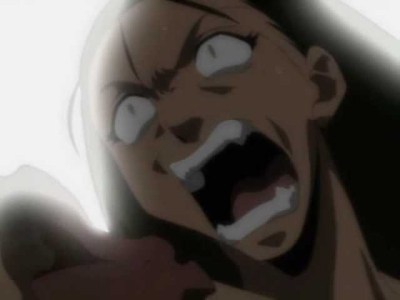 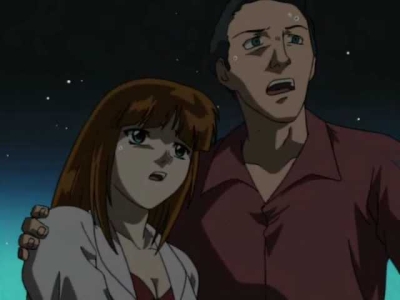 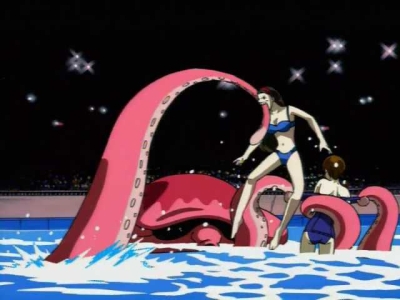 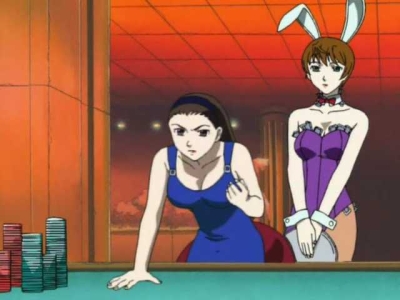 What made me stick with Miami Guns after the first episode was a scene in which the police force in Miami were all told they couldn't shoot their guns just yet and they all started shivering and fondling their various firearms with bloodshot eyes like they were all drug addicts. What a Totally Accurate Representation of Americans!The story concerns Yin and Yao, two cops in the Miami Police Force, who cause a nuisance for their boss. They're a lot like Panty and Stocking, with Yao being loud, irritating and generally a horrible person, while Yin doesn't have much personality at all. The set ups for each episode are meant to involve teamwork to take down the baddies, but it usually involves Yao charging in and making the situation worse while Yin clears up the actual problem behind the scenes. There's a few inspired scenes in it, such as the episode where Yao regains her humanity after regressing to neaderthal status by smashing open a vending machine in quite possibly the greatest 2001 Space Odyssey parody I've ever seen (and given how many times that movie has been parodied, that's saying a lot), but most of it is just dumb buddy cop stuff taken to illogical extremes.The animation quality is TERRIBLE! Someone who is more knowledgable about animation will have to clue me in on this, but nearly all the TV anime made in 2000 looks dreadful compared to the anime that came from even several years before. Maybe I'm just blinded by the fact I've been cherry-picking the best looking stuff from the years before it, but so many of the anime made that year have awkward movement, incorrect perspective, bland character designs, weird shading, everything. My theory is that it has something to do with the switch to fully digital animated stuff. Love Hina was the first fully digitally animated TV anime, so maybe at the time the animators hadn't quite gotten used to the new format yet. I wouldn't have thought bad animation would put me off so much, but its end result was a lot like panty flashes. It might be telling a wonderful story or a hilarious joke, but I keep getting distracted away from the main attraction by having bad animation/striped panties clog the screen.Speaking of panty flashes, there's a worryingly amount of 'Imma gonna raep you' fanservice involving the two girls, where their kidnappers tear their clothes off with knives or whatever. Now this could be a parody of the voyeuristic nature of kidnapping scenes in these kinds of shows. In the first episode, Yin wears her swimsuit under her clothes when she gives herself up as a hostage because she knew she was going to have to take off her clothes, and then proceeds to wave to the police force from the balcony of her kidnappers apartment window so the media can see her fancy new bikini. However following episodes have similar strip down scenes with no sense of irony to them at all.This is a small example of the wider problem Miami Guns has (beyond the atrocious animation). It forgets it's supposed to be a parody and starts playing things straight. They keep trying to play up the relationship between Yin and Yao like it's really touching and friendship helps them solve crimes and all the other stuff Barney the Dinosaur used to sing about when he wasn't singing about how much he fucking loved peanut butter, but it doesn't work because Yao is a horrible person. There is no reason for Yin to like her. Being a terrible person is fine if you're making a big joke out of the whole thing. We weren't ever supposed to take the relationship between Panty and Stocking seriously, as the final episode wonderfully proved. But the show kept devolving into sappy territory and it became painful to sit through at times. Especially with Yao's voice. I gravitated towards the English dub because I always do when the option exists, but when Yao's screechy voice became too much to bear I swapped over to the Japanese, only to discover that the English voice actor had simply copied what her Japanese counterpart had done.A review of an anime you've never heard of that isn't quite bad enough to make the review funny but not good enough to make you interested in the anime. What a useless post. Oh well, this is what I'll probably get if I try to pick up obscure forgotten titles from the last decade.

Start a new discussion for Miami Guns anime. Please be fair to others, for the full rules do refer to the Discussion Rules page.