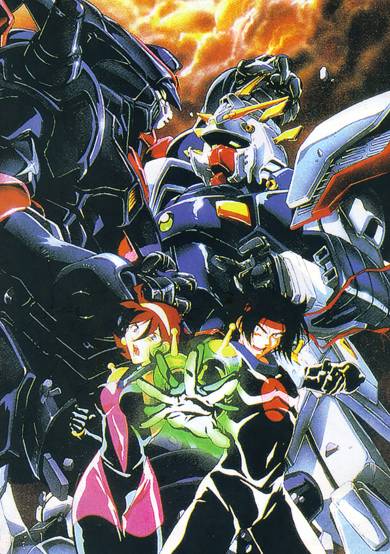 In the Year FC 60, much of mankind inhabits space colonies which orbit the Earth. Dominance over the colonies is decided once every four years by a large tournament in which each nation sends a single representative to fight the others with a giant robot called a Gundam. Domon Kashuu is selected to represent Neo-Japan in one of these tournaments, but he fights less to ensure his nation's victory than to find his brother, who has been blamed for the deaths of Domon's parents and the disappearance of a very dangerous weapon, the Dark Gundam or Devil Gundam. (Source: ANN)
User Count5168
Favorites Count106
Start Date1st Apr 1994
Next ReleaseInvalid date
Popularity Rank1988
Rating Rank1529
Age RatingPG
Age Rating GuideTeens 13 or older
SubtypeTV
Statusfinished 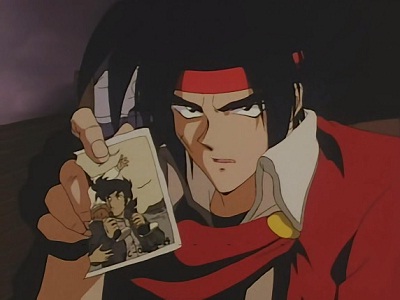 The Gundam Fight Begins! The Gundam that Fell to Earth

The Neo Japan gundam fell to Earth in Neo Spain. The pilot, Domon Kasshu, has gone looking for it.He then befriends some children and they take him to a hotel to stay. When one of the children is captured by the local gundam fighter, Michelo Chariot. Domon goes after him to get the little girl back. A gundam fight ensues,who will become the victor? 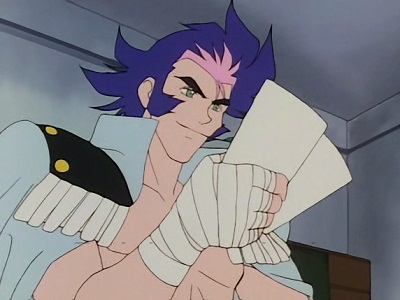 Roar of the Winning Punch

Domon travels to Neo America to face off against Chibodee Crocket, an All-American hero. The Neo America managers do not want this match to happen in fear that Chibodee will lose, so they send Domon a fake fight location and corner him with some mobile suits. Chibodee sees smoke in the distance and intervenes on the trap. Him and Domon square off, who will win? 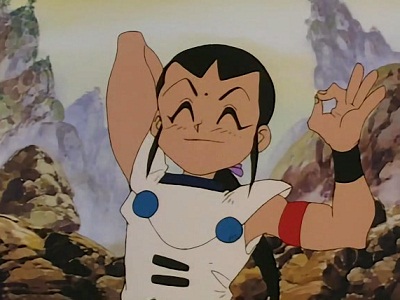 Domon goes to Neo China in order to fight the Dragon Gundam piloted by Sai Saici of the Shaolin temple. The monks in charge of Sai Saici tell Domon he must find and fight Sai Saici or they will kill Rain. They tell Domon Sai Saici needs to help restore the good name of the Shaolin Temple. Will Domon ever find Sai Saici and be able to save Rain? 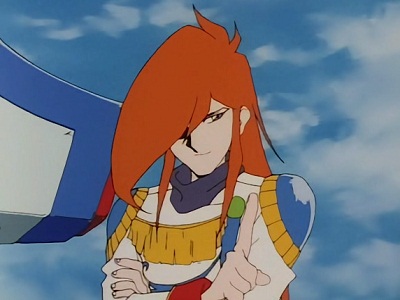 Domon attempts to get the Neo France gundam to fight him, but he interrupts a match all ready in progress and the Neo France fighter, George de Sand, refuses to fight Domon due to his rude behavior. The Neo France princess is jealous of the gundam fight because George is fighting for Neo France and not her. She runs away, making it look as if Domon kidnapped her. Domon fights the Rose Gundam, but their fight is interrupted when a tower falls and looks as if it is going to hit the princess. George holds the tower up, showing vulnerability. However, Domon has too much pride and refuses to finish George off. Domon goes to Neo Russia to fight the gundam there, but he is immediately arrested. The reason is Neo Russia locks up all potential gundam fighters so Neo Russia can go to the finals. Domon meets a huge brute of a man, Argo Gulski, who is a former space pirate. They break out of prison and Domon learns that Argo is the Neo Russia fighter. They face off and Domon wins the fight. Domon also learns that Argo has a bomb strapped to his chest so he can never escape. It is how the Neo Russia officials keep him in line. Fight, Domon! Earth is the Ring

Domon returns to the Neo Japan space colony. There he undergoes a virtual reality simulation to determine if he is the right choice for Neo Japan's gundam fighter. The simulation is done unbeknownst to Domon. In the simulation Domon has just returned home after 10 years of training under Master Asia, the Undefeated of the East. He is reunited with his father and mother, and also with his brother Kyoji. It is shown that Kyoji is the person Domon has been carrying a picture around of. Kyoji and Domon's father show Domon the new gundam they invented, the Dark Gundam. All of a sudden the police burst in and kill Domon's mother in the process. It is revealed that Kyoji is planning on using the Dark Gundam to take over Neo Japan and eventually the world. Kyoji leaves and Domon's father is put in a cryogenic state. The next simulation is Domon fighting the Dark Gundam. Rain rushes out to stop the simulation, but the fighter posing as Domon's brother accidentally hits her spaceship and she floats away in a spacesuit. Domon sees her and thinks she is his mother. This enrages Domon and he unlocks the Shining Gundam's Super Mode. The episode ends with Domon and Rain heading back to Earth with a renewed vigor. 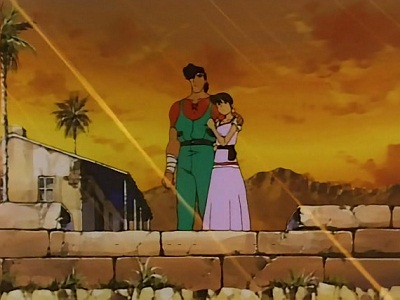 Domon goes to Neo Mexico in order to fight the local gundam fighter, but upon arrival he learns that the fighter has run away and is being hunted by the local authorities. The fighter is running away with his dying sister and refuses to fight. After Domon helps him out, the fighter agrees to a bout and the fight ensues. Domon appears to kill the other fighter by destroying the cockpit, but this was only a ruse to fool the local authorities. The Neo Mexican fighter swims to shore and he and his sister go to live peacefully for the remainder of her life. 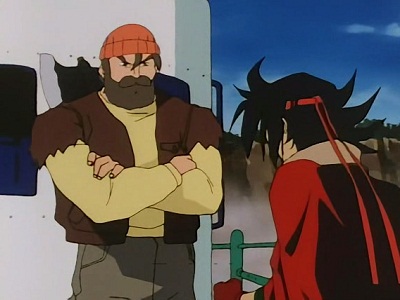 An Old Grudge: Revenge of the Space Police 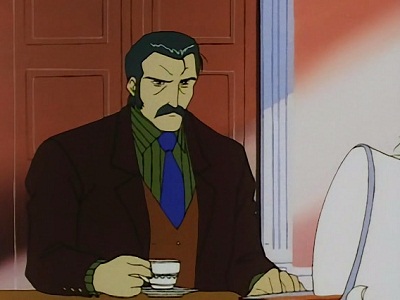 Domon tries to defeat Neo England's Gentle Chapman who has won his fights by the use of drugs and unfair tactics. Though Chapman is killed in the fight he says he is that his fate is the fate of all Gundam Fighters. 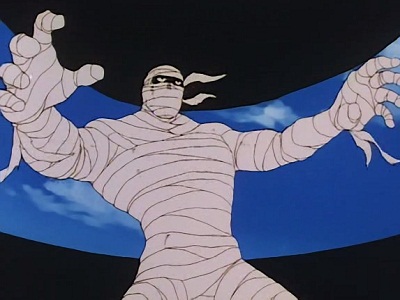 Domon and Rain travel to Neo Egypt in order to face off against the gundam there. Upon arriving, they find out the current gundam and its pilot have been destroyed by a "ghost." They run into Sai Saici while he is battling this apparition. Sai Saici barely escapes because the Mummy Gundam uses sandstorms to hide itself and attack. The group learns that the Mummy Gundam and its pilot were taken over by DG cells because of the mummy's strong desire to defeat Sai Saici after what his grandfather did in a previous tournament. The mummy appears again, and this time Domon uses his Super Mode to defeat it.

This is a huge switch up for the Gundam series, the new universe allows for a fresh twist on the series. While this is definitely a much more campy and less serious take on the franchise, it's an incredibly fun ride the whole way through. The ridiculous stereotypes each Gundam represents are hilarious and the action is over the top, but this doesn't remove from the likable characters, interesting world and fun fights to watch. Overall I loved this show and everything about it and would recommend it to anyone who wants a good time.

Start a new discussion for Mobile Fighter G Gundam anime. Please be fair to others, for the full rules do refer to the Discussion Rules page.