C.E. 73: While the second battle of Yachin Due brought the war between the Naturals and Coordinators to a close, tensions between the two races are at an all-time high. During a meeting between PLANT Chairman Gilbert Dullindal and Orb Representative Cagalli Yula Athha, a unit of soldiers hijack ZAFT's newly developed Gundams. ZAFT soldier Shinn Asuka along with his friends at the ZAFT ship Minerva sortie in attempt to deter this hijacking. With the assistance of Cagalli's bodyguard, Athrun Zala, the Minerva chases after the unknown ship that hijacked the Gundams until an even greater problem occurs leading to the start of the second Bloody Valentine war. 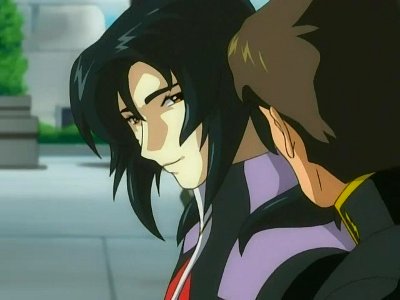 It's now CE 73 and three of ZAFT's new Gundams are stolen. During the Gundam-Jack, Cagalli, now Orb's head of state, and Athrun, now her bodyguard, are meeting with Zaft's new head honcho. 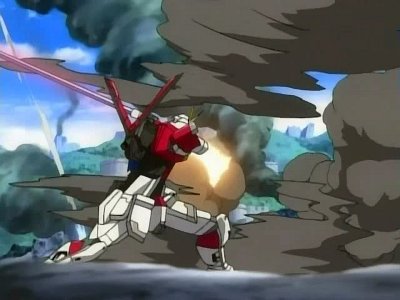 PHASE-02: THOSE WHO CALL FOR WAR

Shinn continues to battle the three stolen Gundams. In the midst of the battle, the three Gundams work to escape from Armory-1 and rendevous with their ship, Earth's "Girtty Lue", which is under the command of the mysterious Neo Roanoake. 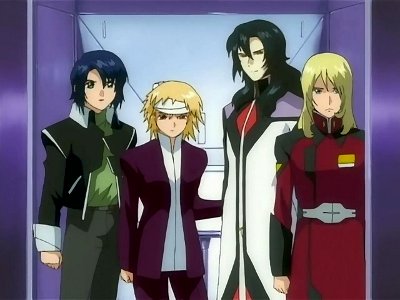 After the Minerva launches from Armory-1, the battle against the Girty Lue ends, for the time being. However, Girty Lue launches another attack preventing the crew from having much time to regroup. 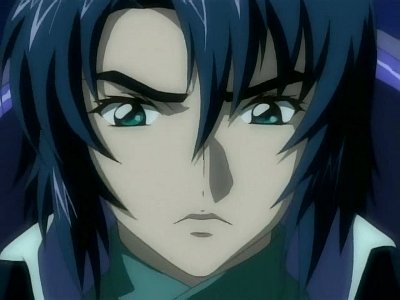 During the battle with the Girty Lue, Athrun helps the Minerva out of a bind with his strategizing. 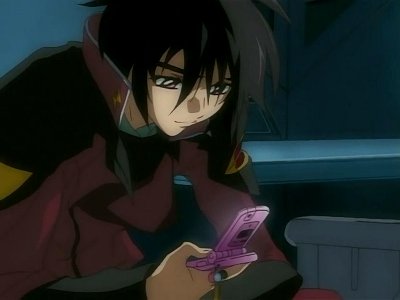 As Junius-7 plummets towards the Earth, the Minerva team-up with the Joule team to try and destroy it. 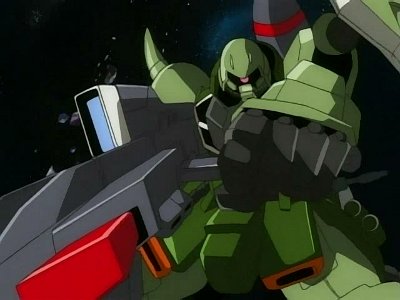 PHASE-06: THE END OF THE WORLD

The battle on Junius-7 instifies, as the Gaia, Chaos &amp; Abyss make the Joule team's attempt at the destroying the falling colony much more difficult. 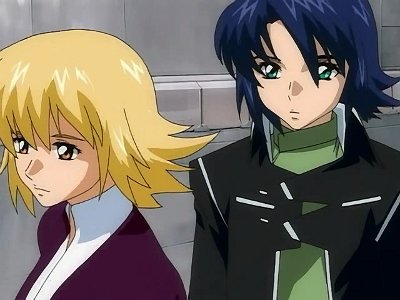 As a last ditch effort, the Mireva uses is Tanhäuser to break up the remaining chunk of Junius-7. Unfortunatey, several of the pieces fall to Earth destroying several of Earth's cities. The battle-damaged Minerva makes its way to Orb to re-supply and to drop Cagalli off. 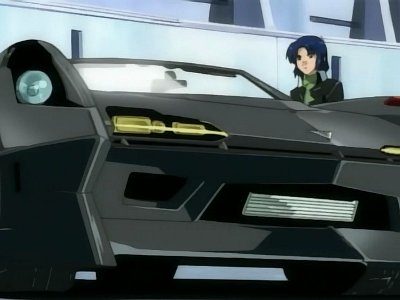 The Minerva arrives at Orb. While the crew enjoys some downtime. Cagalli learns some unsettling information about the future of Orb. While Athrun decides to return to PLANT once more and meet with Dullindal. 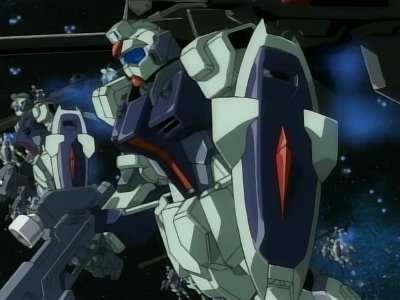 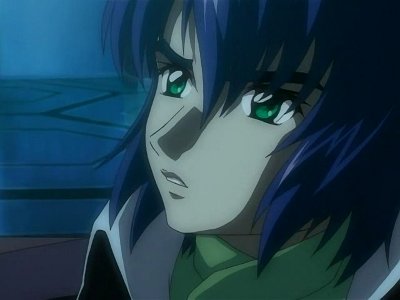 As Athrun meets with Dullindal, the Dullindal-endorsed psedo-Lacus, Meer Campbell, rallies the citizens of the PLANT's look away from war and look towards peace. Later, Dullindal offers Athrun a chance to pilot the Saviour Gundam.

*Gundam Seed Destiny*, the name that strikes a sense of dread into the hearts of Gundam fans everywhere.  But is it really as bad as everyone says it is?  Short answer, no.  But it sure is one of the weakest, if not *the* weakest entry in the franchise.  It tries to tackle a lot, especially thematically, but never quite seems to know what it really wants to.  Every character has their own personal philosophy, but when you give all these characters focus, the overall philosophy of the show just gets muddy.  This isn't even considering half of their philosophical dialogue is just contrived idealism.  But I digress, if Seed was a re-imagining of the Original Gundam, this is Seed Zeta, only without the parts that made Zeta, well, good.  But I have to admit seeing some characters from Seed return does hold the same sort of charm that it did from MSG to Zeta.  Keep in mind this review is of my viewing of the HD Remaster of the show. **CHARACTERS** This show has 3 protagonists, shaking up the traditional Gundam formula,  Both Kira and Athrun return from Seed, and now we are introduced with Shinn Asuka, a ZAFT soldier who has some life-changing experiences behind him.  Fun fact: he's really angry.  All the time.  While some may see this anger as incessantly whiny,  I feel as though it isn't completely unprecedented, considering how the show sets him up early on, and gave him a pass for a while.  Only, it doesn't stop.  In term's of Shinn's character, there is very little progress.  In episode one, you learn that he's angry and wants to stop war, and up to around episode 49, nothing has changed, only that he now has some more fuel for his anger. Of course, by the end he finally turns around, but 1 episode of character development does not excuse 49 of stagnation. Kira "Jesus" Yamato, the main protagonist from Seed also becomes much more unbearable.  All of his character in Seed, the "hopeless" foil to the more serious Athrun, is completely gone, replaced with some sort of Messiah who only serves to mess things up upon his reentry into the battlefield, completely with his own preachings of ideology that really don't match up with some of his actions.  There's really not much else I can say about that.  Sure, he gets better as time goes on, but in my mind, the damage was done. I'll make no secret about it, Athrun was definitely my favorite of the three.  He was generally level headed, save for a stint of whine during the late-mid of the series.  While some see Shinn as Destiny's main character, I'm more inclined to say it was actually Athrun, which is completely welcome.  This isn't to say Athrun was much better written than all of them, Seed writing is still Seed writing, but he was definitely the most tolerable.  Much of the things that reintroduced Athrun back into the war, such as ZAFT remnants still following the path of his father, are completely abandoned, which is quite a shame.  A certain theme runs throughout all three of these characters, that being: missed potential.  So much more could've been done, but they keep to the same dimensions they're introduced with. Other characters, new and old, are varied in their presentation.  I feel like Cagalli takes a couple step backwards, Yzak and Dearka are criminally underused, Captain Gladys is altogether decent, Chairman Durandal is literally Char, "Roanoke" shouldn't even be alive, Heine is just Heine, Rey steadily gets worse, Lacus is still a bit insufferable, Meer is just crazy, Auel and Sting are just pointless except to provide an explanation for the Extended, which were never explained in Seed, Stella provides very little to progress Shinn (Angry before and after), Lunamaria is a contender for best girl in the beginning, but Meyrin being best girl is clearly evident towards the end of the series.  **SOUND** In terms of sound I wasn't too thrilled.  The most memorable tracks are the TM Revolution insert songs, and the piano version of Invoke you'll hear from time to time, though there is one orchestral/vocal piece that is quite memorable (though I don't know its name).  Again, the voice acting is fine, the cast list is basically just a bunch of all stars, but I notice that Kira's voice has lost a certain something that it had in Seed, probably a byproduct of the loss of any sort of personality. **AN**{::}**IMATION &amp; DESIGN** The animation is just OK, which should be a bit better considering this is a remastering of the series.  In terms of character design, it's really a question of whether you like Hisashi Hirai's work.  It's definitely something I got used to accepting, but I wouldn't necessarily say that I like it.  The Mechanical design is a bit better than Seed's (though nothing beats the Providence Gundam in terms of CE).  I found myself liking the Impulse much faster than I ever did the Strike, and seeing the Zakus again was a nice touch, if only they had been updated just a tad more.  Many of the designs are a throwback to UC suits, most notably the Zaku, Gouf, Doms, and to a lesser degree the Destroy Gundam being reminiscent of Big Zam.  That sort of familiarity helped it achieve, in my mind, a stronger connection to what makes a Gundam series.  **CONCLUSION** So, Should you watch Mobile Suit Gundam Seed Destiny?  Yeah, I'd say so, but just don't expect to be blown away in any sense of the word.  It's an average mech show, but a subpar Gundam show.  It's definitely below Seed, which some consider one of the weaker entries.  However, I did find myself enjoying it.  Some "bad" series are such a drag to get through, but this one actually wasn't.  Gundam Seed Destiny was ambitious, but ambition doesn't make a show good.

Start a new discussion for Mobile Suit Gundam SEED Destiny anime. Please be fair to others, for the full rules do refer to the Discussion Rules page.