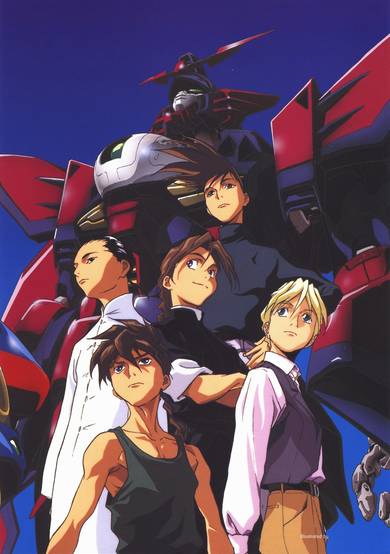 The United Earth Sphere Alliance is a powerful military organization that has ruled over Earth and space colonies with an iron fist for several decades. When the colonies proclaimed their opposition to this, their leader was assassinated. Now, in the year After Colony 195, bitter colonial rebels have launched "Operation Meteor," sending five powerful mobile suits to Earth for vengeance. Built out of virtually indestructible material called Gundanium Alloy, these "Gundams" begin an assault against the Alliance and its sub organization OZ. One Gundam, whose pilot has taken the name of the slain colony leader Heero Yuy, is forced to make a crash landing into the ocean after an atmospheric battle against OZ's ace pilot Zechs Marquise. Upon coming ashore, he is found by Relena Peacecraft, daughter of a peace-seeking politician, who witnesses Heero's descent to Earth. Although neither of them realize it yet, this encounter will have a profound impact on both their lives, as well as those on Earth and in space colonies. [Written by MAL Rewrite]
User Count10495
Favorites Count183
Start Date7th Apr 1995
Next ReleaseInvalid date
Popularity Rank1123
Rating Rank1920
Age RatingPG
Age Rating GuideTeens 13 or older
SubtypeTV
Statusfinished 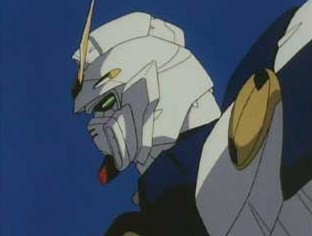 The Shooting Star She Saw

In an effort to end many years of tyrannical rule, five pilots and their Gundams are dispatched to Earth to begin Operation Meteor. Four land without incident, but one is intercepted and his mission is compromised. 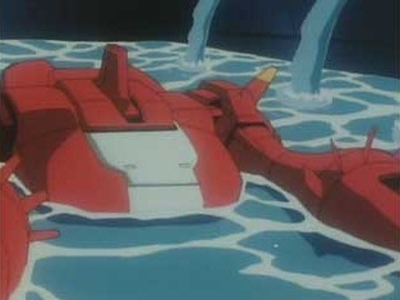 Heero plans to destroy the Wing Gundam before it is discovered by the Alliance forces. Heero gets his hands on two torpedoes and attempts to destroy his Gundam. Relena, refusing to believe Heero's threat, tries to confront him but is interrupted by the arrival of Duo Maxwell... 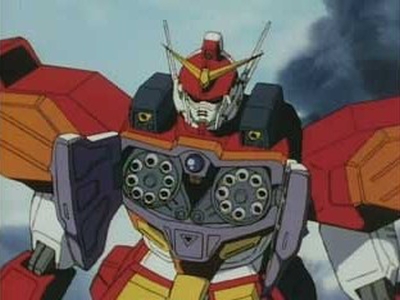 Heero is injured and is kept for treatment at the Alliance hospital. At the Corsican base of the Mediterranean, the Gundam Heavyarms, piloted by L3's Trowa Barton, annihilates everything in its path. Then things get even worse for the Alliance when the Gundam Sandrock shows up. 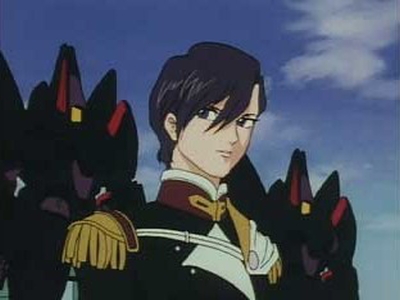 L5's Wufei Chang, in his Shenlong Gundam, attacks the Taurus MS's transports after coming into Lake Victoria base late at night. Lucrezia Noin, head instructor at the base and good friend of Zechs Merquise, tries to fight him off in her Aries MS. 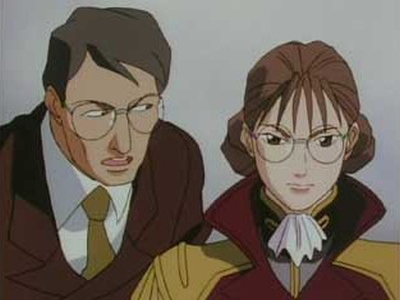 Relena and her father, Vice Foreign Minister Darlian, journey to the colonies to try and prevent war. but there are those who do not want peace. Amidst the grief and tragedy, Relena learns her true identity... 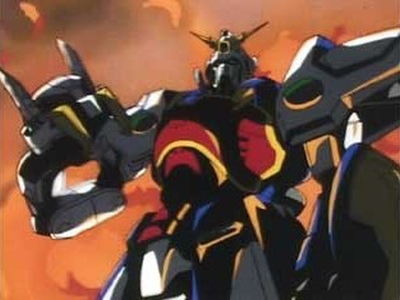 Relena goes back to Earth. Wufei attacks another Alliance base and Trowa has started to work in a circus as a cover. Back at school, Relena tells Heero that she knows everything about him and invites him to a party, to be held that night. 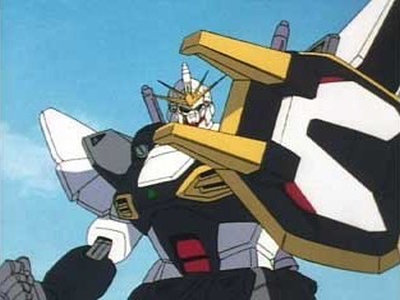 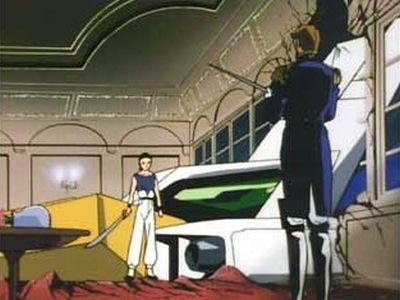 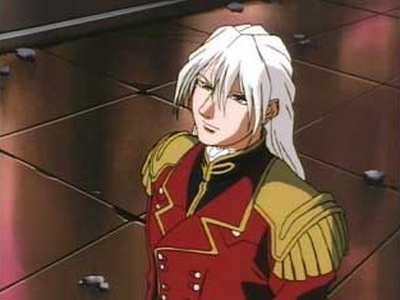 Portrait of a Ruined Country

The United Earth Sphere Alliance collapses, sending the entire Planet into a panic. This allows OZ to step forward and take control through a well planned coup. Zechs is occupied with other things: he is searching for the ruins of the Sanc Kingdom. 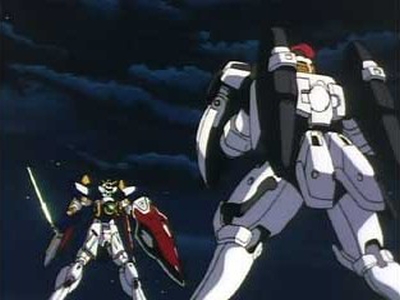 Lady Une briefs her troops on another strategy to try and wipe out the Gundams. Heero and Zechs face each other again, but this time it's the Wing Gundam versus the Tallgeese.

Gundam Wing is a series that I loved when I was younger. Ieven got all 10 DVD volumes as well as the Endless Waltz Special Edition DVD.It was the first anime that I watched in its entirety, and it is with a heavyheart that I write this review. The reason being that this anime is one of theworst executed anime that I have ever seen. Let me elaborate. Story: (8/10) The story takes place in After Colony 195, andis filled with great lore. I guess if I must compare it with another anime, itwould be Aldnoah Zero. I won’t go too much into detail, since I am admittedlydusty on the story of this anime. Five Gundams have been sent to earth by the space colonies,each one of them sending their own gundam for “Operation Meteor”. What makes agundam so special? It is a mech made from Gundanium alloy, the constituents ofwhich are never revealed in the show, for obvious reasons. Because Gundaniumalloy is fiction. I don’t have a problem with that, but I had to mention it. What we actually see take place first is Relena Darlian’sdescent upon earth, on her way with her father back to Earth from a peacemission to the colonies. She sees a fight between OZ Captain Zechs Marquise andthe main Gundam pilot Heero Yuy (Yui). The Gundam falls into the sea, andRelena sees the pilot washed up on the shore. Now let me lay down my problem with this encounter, whichI’m just nitpicking about: It would not happen in real life. The chance forRelena to spot the Gundam in her space shuttle and then just somehow find Heerowashed up on shore later is so small that it is theoretically impossible. But,that’s not a problem in itself, but from what I remember, Heero and Relena havesome kind of romantic relationship between each other, which is incrediblyawkward. When I watch an anime, I want to see a romance that is overlyprevalent. This is just my own personal preference, since I want to know who toship with who when I am watching. The story then goes into a large conspiracy coup de ta stylething, as we are reminded in the beginning of every episode, by the narratorwho always says the same exact thing for around 10 episodes at a time. That’sone of my main problems with this show, but I’ll get to that later. Overall, the story is filled with twists and turns, and iscomplicated from what the me of 6 years ago remembers. It is great with whatthey have been given, and is only unenjoyable from what makes the rest of theshow boring. Animation: (9/10) There is not much to say other than theanimation is kickass. It is good for the time, and is action-packed and fun towatch. The only thing that holds it back is the pacing, which is reminiscent ofDragon Ball Z, where the characters say something and then pause for like 15seconds before saying something else. And that’s the problem with this anime. Sound: (8/10) I watched the English Dub, and the voiceacting was good. The Gundam battles also had very good sound effects, with theblasters and explosions sounding real. Again, the only thing that holds it backis the pacing, which is slower than a turtle. Character: (9/10) Most characters are multi-layered and havea great backstory. As you can probably tell, I can’t go into many specifics, asI haven’t watched all of this in a long time. I’ve tried, though, but I cannever get back into it. Enjoyment: (2/10) This anime has everything going for it,except for one. It is executed terribly and is not very enjoyable. Here is howevery episode goes: First, the narrator tells you how this is “After Colony 195”and gives you a brief synopsis of the plot with lore added. This in itself isnot a problem, but a modern example of an anime that has this kind of beginningto its episodes is World Trigger. World Trigger, however, executes it muchbetter than Gundam Wing, since the pacing of the intro is a lot better. Thenarrator doesn’t pause for 10 seconds or so in the middle of it like in GundamWing. Then, after two minutes or so, you get to watch the actualanime. This, however, is about the same level of enjoyment, as the pacing isjust awful. It takes a very long time for any scene to pass, and the most ofthe time the characters are not really doing anything. It feels as though afterwatching an episode, nothing has really happened at all and you feel as thoughyou spent time watching this anime that you could have watching one wherethings happen faster. And that’s my only true problem with this show. It feelslike a waste of time. The pacing is just off and I now consider it a true featto be able to watch through all of this show. I don’t know how I did it 6 yearsago. I guess that I didn’t know very much about anime at the time and the onlyother anime that I had to compare it with was Dragon Ball Z and Naruto. DragonBall Z, as well, suffers from the same pacing problems. This show just isn’t enjoyable to me now, and if you aren’thaving fun watching an anime, then there’s no real point in watching it. Animeis a form of entertainment, and if it isn’t enjoyable, then it isn’t doing itsjob entertaining. Overall: (5/10) This show has a good plot, as well as goodanimation and sound. But, that isn’t everything. If an anime isn’t enjoyable, Ican’t recommend it. With its length at 49 episodes, this anime is too costly toa person’s time, and just isn’t worth watching. And that’s my verdict.

Start a new discussion for Mobile Suit Gundam Wing anime. Please be fair to others, for the full rules do refer to the Discussion Rules page.