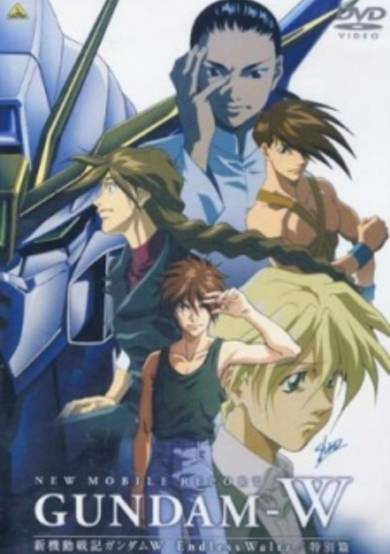 At the climax of the Eve Wars, on December 24 of the year AC 195, the armies of the World Nation and White Fang met in a ferocious battle. World Nation leader Treize Khushrenada was slain, White Fang leader Zechs Merquise disappeared, and Earth was saved from destruction by the intervention of the five Gundam pilots. Having witnessed the consequences of war and hatred, the people of Earth and the space colonies put aside their differences and together founded a new world government. Under this newly-formed Earth Sphere Unified Nation, a year has passed in peace. The government and the populace have disarmed themselves, and almost every remaining mobile suit has been destroyed. Deciding to follow suit, Gundam pilots Heero Yuy, Duo Maxwell, Trowa Barton, and Quatre Raberba Winner place their mighty mobile suits inside an asteroid and send them on a one-way voyage into the sun. But even as they bid their Gundams farewell, a new conflict is drawing near. (Source: AniDB)
User Count4562
Favorites Count43
Start Date1st Aug 1998
Next ReleaseInvalid date
Popularity Rank2168
Rating Rank1037
Age RatingPG
Age Rating GuideTeens 13 or older
Subtypemovie
Statusfinished

Nice, if convoluted, way to wrap up gundam wing, with this the series should be over without the need for another sequel for this particular version (I'm looking at you, frozen teardrop), like in most anime that get movies, the ova looks a lot better than the series, the music is good, you get to see more character development, it's enjoyable and a good way to say goodbye to one of the best gundam series in the franchise.

Start a new discussion for Mobile Suit Gundam Wing: Endless Waltz anime. Please be fair to others, for the full rules do refer to the Discussion Rules page.