An ancient God called Ranga awakens on an isolated island in the South Pacific where it has been slumbering forgotten by mankind. Three sisters living in Tokyo—Minami, Ushio, and Yuuhi Shimabara—discover they have inherited this Island Kingdom, along with the huge God. When Ranga shows up in Tokyo, it soon becomes a source of wonder and conflict for the three sisters that control Ranga, the people who want to destroy it, and ones who want to use it. (Source: ANN) A giant robot emerges from the ocean and stomps through Tokyo. While the army prepares to fight it, three sisters with a mysterious connection to it go about their daily lives. The Paradise Where God Dwells 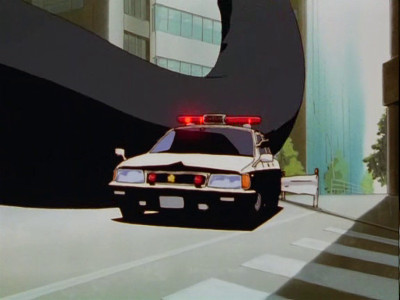 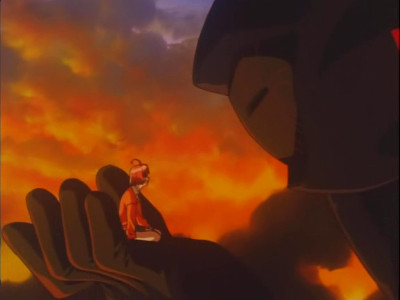 Embraced In A Flash 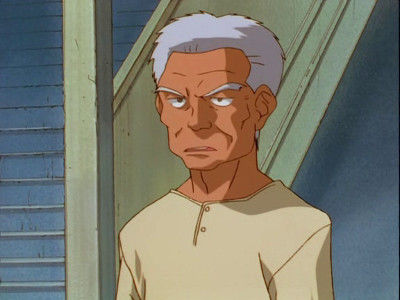 Carnival In The Desert 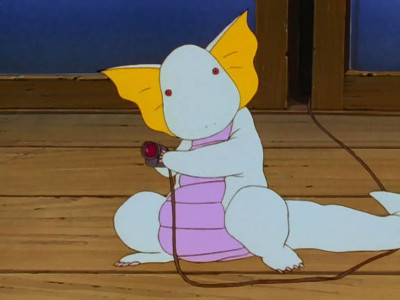 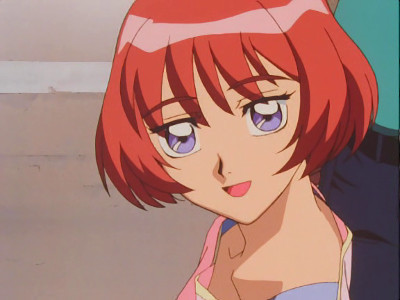 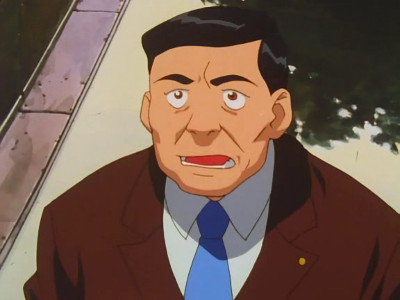 The Landscape Seen Through Yuuhi's Eyes 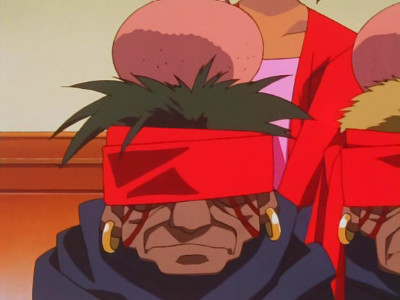 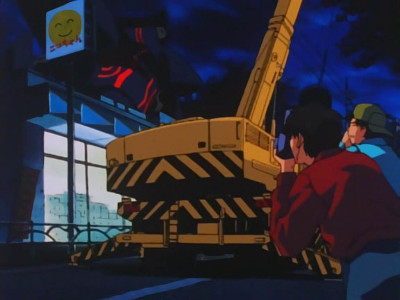 The Promise Of Yesterday

Hoo boy, this one is a doozy. Despite personally thinking of it as a highly interesting experiment, and one certainly worth a watch, Neo Ranga is a show that I really wouldn't go around recommending to people willy-nilly. A heady brew of mysticism, then-contemporary Japanese and international politics, giant robots and ordinary lives of ordinary Japanese city folk, focusing on the lives of the three Shimabara sisters and how their lives change during a year once they've taken control of the ancient 'god' that is the title character, this is a show that tries to do an awful lot, succeeds, then eventually encounters the straw that breaks the camel's back.The plot itself is interesting- were you to remove what could be referred to as the 'filler' often present throughout the show, you'd be left with something a lot less interesting. Like the lives of the inhabitants of Mushashino-ginza, the heart of the show, much of Neo Ranga is in the minutae, and the short quips at society. While its' first half is mostly grounded, there is a (slightly welcome) tone change in the second half which may not appeal to all, focusing more on action. It's not an unsatisfying show in terms of plot, and the ending is actually pretty satisfying- but it may not be what you expect.The animation is decent, and perfectly servicable. When dynamic fight scenes are required, they come out in force (the first and last few episodes really accentuate this), but static shots are common. Character designs are very nineties, and apart from the mildly questionable matter of the main character wearing her school uniform all the time, perfectly servicable. Mecha and monster designs have some strong components, but they aren't always amazing to look at- but they fit their roles in the plot perfectly, and I find it a shame you can't find any Ranga merch in real life.The music is pretty damn sweet, with a pair of creepy and catchy openings, and some prepostrous endings that worm their way in to your head, while background music is fitting and never intrusive, although I feel the OST does peak in the first half of the show.The main meat of the show, though, lies in the characters, varied and although sometimes cliched, usually have enough heart and clever elements that it's totally forgivable. Our protagonist, Ushio, really feels like a growing character throughout the show, while the more static other members of the cast really start to feel like a proper ensemble by the end. Ranga itself is a curious character, rather like what Anno, amongst others, was trying to do, only taken further and better, and one can even start to feel an emotional attachment towards him in the end.There's also the rather wonderful, 11-year old Yuuhi Shimabara, and her occasional purges of Tokyo. Fun times!I did make reference to some derailment earlier, however, and this does start to rear its' ugly head from about episode 30 onwards. Much of the earlier cast disappears (even lampooned in the episode previews), and the plot starts feeling more and more that you're willing to view certain scenes twice and will pause to fully think things out- not a problem for me (or most people who will hunt down this show) but it certainly leaves an odd taste in your mouth. The ending itself is pretty solid, and when taken with the whole show has one of the most interesting messages I've seen in anime.Neo Ranga is not a show for everyone. It is odd, unevenly paced, sometimes poorly written, and occasionally preachy- but underneath all these impurities, Ranga is full of gleaming ideas, great production values, and some original ideas in an oft-stagnant genre. Strongly recommended, but be prepared to be a little irritated.

Start a new discussion for Neo Ranga anime. Please be fair to others, for the full rules do refer to the Discussion Rules page.