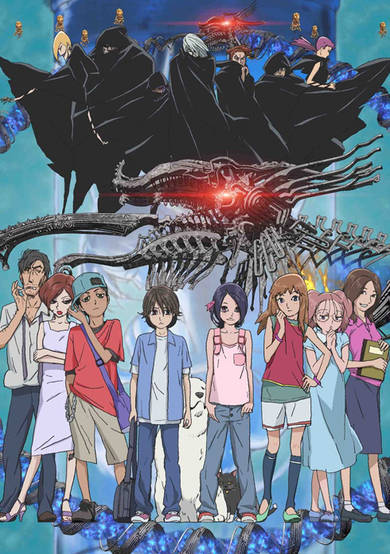 In the near future, a violent battle takes place between the dimension La'cryma (protector of humanity) and the dimension Shangri-La, bent on the annihilation of all space-time. A group known as the Dragon Calvary is dispatched through space and time, searching for the only thing that can stop the invasion: the Dragon's Torque. In the present, twelve-year old Haruka and her friend Yuu, are contemplating running away from home when they meet a member of the Dragon Calvary named Karasu (Crow). He believes that Haruka possesses the Dragon's Torque and claims to be Yuu from fifteen years in the future... (Source: DVD Complete Series Box Set)
User Count7860
Favorites Count71
Start Date12th Oct 2005
Next ReleaseInvalid date
Popularity Rank1451
Rating Rank1780
Age RatingPG
Age Rating GuideTeens 13 or older
SubtypeTV
Statusfinished During summer break, a couple of friends decide to play a test of courage by hunting down a rumored ghost that is supposedly appearing throughout the city. During their quest, Haruka starts seeing something that her friends are unable to see, blue snow. Two friends in the present must now help freedom fighters from the future battle the evil dimension Shangri-La. With the help of a group known as the Dragon Calvary, Haruka and Yuu travel through space and time to save the universe from imminent destruction. 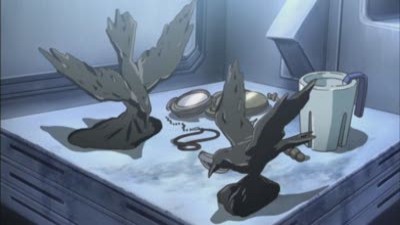 Haruka may be in a bit more trouble than she expected. It is not only the two dragon knights that are battling right in front of her face. Yuu is thinking about running away to Tokyo, and Haruka promised she would go with him. In their attempts to run away, the supernatural just keeps on popping up everywhere they go. 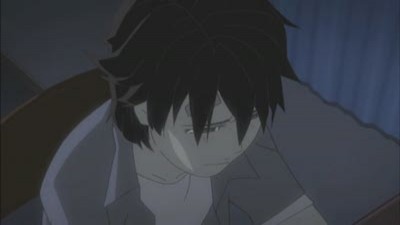 Atori still pursues both Haruka and Yuu, though Karasu is heavily injured due to upholding the task of saving Haruka and Yuu, and battling Atori. Karasu however, got stuck in the present time-space, and who else but Haruka finds him. 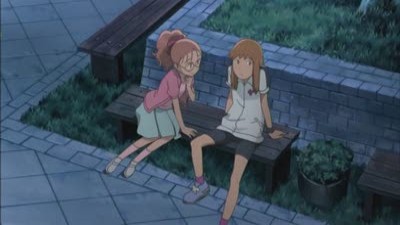 Some misunderstanding is created between Haruka's and Isami's relationship that causes some inner hatred from Ai. Now, it seems Haruka has to weld it back together again. 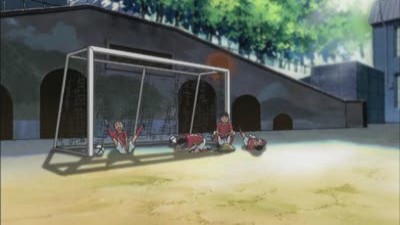 Atori, Tobi, and Isuka, travel onto the present time-space in order to destroy Haruka. 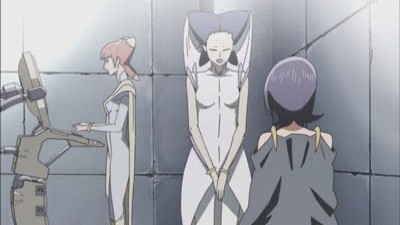 Haruka is taken to La'cryma. She managed to escape and mix herself up with the residents at the local town. When she reaches the surface, she notices many similar things related to her world. 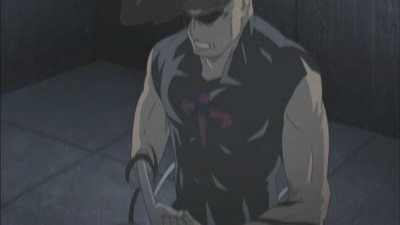 Haruka is finally being used by La'cryma for their own diabolical reasons, but Karasu has other plans. 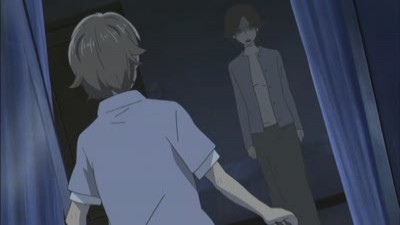 Haruka returns to her present time-space and invites Karasu to live with her after he unplugged his pipeline. Though little did she expect she would get involved with Yuu's relationship problems with his mother. Yuu's mother causes a disruption in time-spaces, which causes her to wander down in memory lane. It is up to Haruka to use her powers and save her. Atori makes one final attempt to destroy the Dragon Torque, but is stopped by Karasu. However, Atori is not the only one who wants Haruka.

1 Word Review: Genius.Story - 10/10From Kazuki Akane, the guy who brought you Heat Guy J and other series. From Satelight, the studio who brought you Sousei no Aquarion, Shugo Chara and Macross Frontier comes...Noein ~ to your other selfAiring in Japan in the Fall 2005 season and is currently fully available on DVD in the United States, among other media such as XBox Live and on the Manga Entertainment website. Noein's story and concept is very unique and personally, hard to explain without giving full-on spoilers. The series summary provided to you is the best I can do, since I'm sure nobody wants to be spoiled into how freakin' amazing this series is. WATCH IT AND BE AMAZED. Art - 9/10Satelight puts out one of the best animes they'd ever done. Its gorgeous, lush CGI and animation. It's clear of the high-budget the series had. The character designs might turn you off, but stick with the series. In the end, it will pay off in spades.Sound - 8/10eufonius sings the Opening song, which is a beautiful piece of music as I've come to expect from the artist. the Ending song, sung by Solua is also interesting, but skippable. The BGM is very solid for the most part and enhance the overall experience of Noein. Character - 9/10If you can get past Yuu and his constant teen angstyness and Yuu's mom being a total b... you will survive the series. All or most characters are pretty likable throughout. You shouldn't have any problems with any other characters besides Yuu and Yuu's Mom. Enjoyment - 10/10I really, truly enjoyed the series. I'm usually not one for all the scientific mumbo jumbo, CGI or angsty characters, but Noein was an interesting case. I think the character interactions really made Noein great. The action scenses were really well done, needless to say. The music and BGM were solid, which added further enjoyment. It was a great experience and I urge all to take the plunge and watch it.Overall - 9/10An anime that's intelligent and genius, rises past my expectations. I'm hoping you'll watch it. You'll be surprised!

Overall, I thought this anime was really good. It's fairly hard (for me anyway) to find an anime I really like, to where I start watching the first ep, and before I know it the suns rising and I just finished the last ep. This anime was one of the few. It's very hard to try and review this anime and not spill out any spoilers, but I will.Story - 8I found the story in Noein to be very entertaining, maybe thats because I just love the concept of separate dimensions, different futures with time, and quantum theories in general. This anime revolves a lot around that, and it does it quite well.Art - 7The art style is fairly nice, at first its kind of like "man, this stuff looks quite sloppy" but once you learn the purpose of the drawing style you will understand. I found some of the house models to be a bit too FMVish at times, but they did blend in really well.Sound - 9The soundtrack of Noein is really good. The music goes in well with whats going on screen, and it blends into the anime really well. Sound effects weren't bad, and voices weren't too low, just right. Character - 10Character development in Noein is really good, in order not to spoil a single thing, thats all I can really say. Enjoyment - 10Noein really had me sucked in the entire series, and I really feel bad for the people who watched this anime weekly. If you're a sci-fi lover who likes different time-space dimensions chances are you'll love Noein. If you're someone who likes good action with a good storyline to support it, chances are you'll love Noein. If you're someone who likes character growth and watching characters change due to the storyline, chances are you'll like Noein. Overall I slap a 9 onto this anime. It has its moments, and its definitely worth a look into if you fit into any of the categories above.

Start a new discussion for Noein: Mou Hitori no Kimi e anime. Please be fair to others, for the full rules do refer to the Discussion Rules page.