Eva's birthday has just passed, and she hasn't heard from her father. Despising the Boarding School she attends, she escapes using her Rocket Bike that she just completed. Taking on the alias "Molly," Eva sneaks with the Earth team to Alwas for the Great Race because the winner of the race gets any one wish granted. Little does the Earth Team know what danger awaits them... 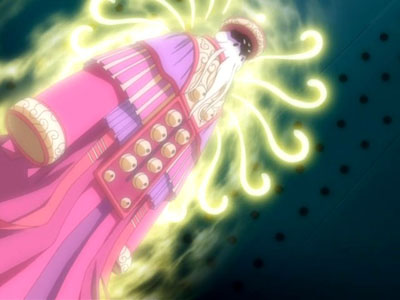 Twenty-five years after a mysterious being called 'The Avatar' averted war between Earth and the Crogs, Earth is invited to participate in "The Great Race of Oban", a competition held once every 10,000 years. Meanwhile, a young girl escapes from her boarding school on a journey to find the father she hasn't seen in 10 years... 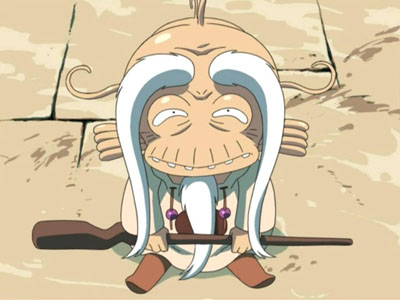 The race championships are about to begin, and Eva is impressed by one Prince Aikka, but when the Earth team's turn comes up, Eva has a strange dream showing that Rick and Jordan are about to crash. Can she find some way to help keep this dream from coming true? 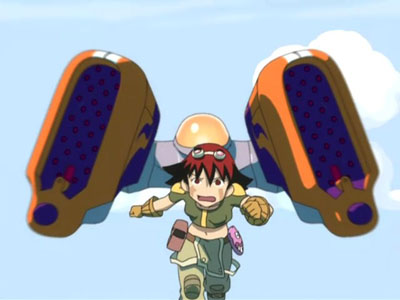 The Earth team is without a pilot, so Molly decides to practice and take the controls. Don Wei tries all the other team members instead, but when Molly sneaks into the race, he is unable to stop her. Will Molly and Jordan be able to win the rematch against an angry Grooor who feels they cheated him out of his win? 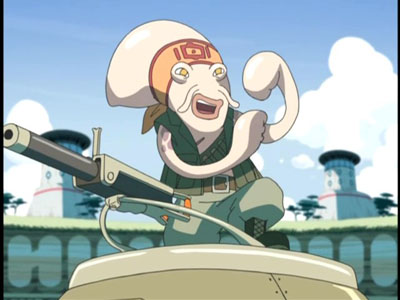 Don Wei discovers that if the Earth team withdraws, then the Earth could be destroyed, so he reluctantly places Molly in charge of the piloting duties. But as round two begins, it's clear that the Earth team is at a disadvantage, as mysterious obstacles keep jumping in their way. Can Molly find some way to turn the tide of the race? Ceres, a creature made of sound, is the Earth team's opponent in the third round, but he won't be up against the regular team. Rick has returned and appears to be better than ever. However, when mysterious nerve attacks begin bothering Rick, it's up to Molly to find some way to resume piloting duties in the middle of the race. Can she find some way to get her team the win? 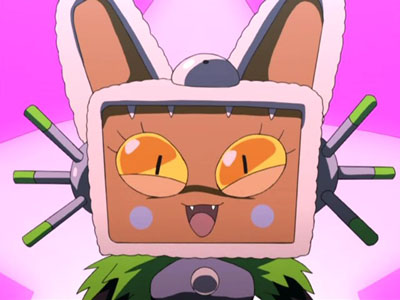 Jordan believes that he and Molly need a rest from all of the intense racing they've survived. Para-dice, a cat-like creature and a racing prodigy, deceives the two of them into a racing arcade. They are unaware of the arcade being linked up to the Arrow II, and they almost destroy it while it is in the garage. Even with a damaged Star-Racer, can Molly out-race Para-dice in the arena? 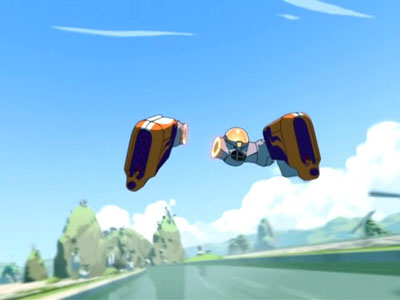 The playoffs have begun, and there are six teams left. Prince Aikka is defeated by a shadow-like creature, Spirit. Molly must now race Colonel Toros of the Krogs. His ship is superior in offensive power and speed, but can Molly hang in there and win? 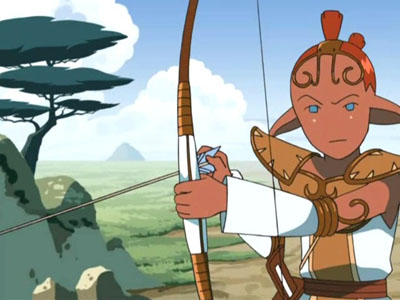 Prince Aikka now faces Molly in the next round. Aikka says that he has been ordered to eliminate her, but Molly compromises, saying that she won't use weapons. Aikka agrees not to attack her if she doesn't, but will the rest of the Earth Team agree? 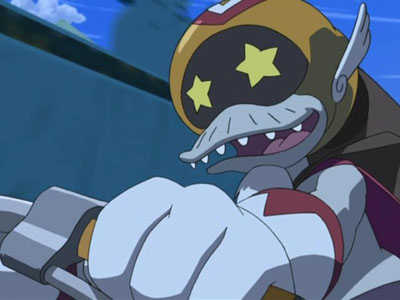 Molly is ordered by Don Wei to go under strict training by Rick since she has failed to follow orders as of late. While training with Rick, Molly learns to concentrate and focus while racing. The next opponent is Super-Racer, and the Earth Team must win to stay in the playoffs. Can Molly outrace Super-Racer? The Earth Team must win their next race to stay in the playoffs. They now face Rush, a creature who is large and powerful, just like his Star-Racer that moves by propelling magma in its engines. This race is a target race, and whoever has the most targets is the victor. Can Molly and Jordan outshoot Rush?

I recently just got finished watching this anime with my younger brother. He's only 10, so it was definitely less of a mature anime to the other stuff I've been watching, but that doesn't necessarily have to make it any worse. It's a two season, 26 episode series, split into two "cycles". I'd say overall it was a fun watch, and he said he really enjoyed it. The story's fun, and it all links together nicely, and the characters are pretty diverse. After setting the scene for the first few episodes, it basically transitions into a race an episode show, and similarly to a lot of tournament animes, it gets a little boring and predictable as, surprise surprise, the main character wins all of them. They get past this eventually though, by having it turn into a league format, and hence the show becomes a little less predictable and consequently a bit more exciting. This continues, all be it with an overhaul of characters once they get to the second cycle, until about three episodes to go. At this point the overarching story arch really kicks in and the show moves away from racing somewhat. While this leads to some interesting stuff, and is a nice change which pulls the story to a close pretty nicely, it does kind of make a lot of the previous episodes which had races that were "so important", seem a little redundant. The animation is mixed in with a bit of CGI, and it has mixed results. The show in general looks pretty good, and some of the racing scenes look great, but whenever they use the CGI outside of the racing it never quite seems to work. In conclusion, this show probably wouldn't be something I'd be watching on my own, either before my experience of seeing it or retrospectively, but it was a nice thing to watch with somebody who's a fair bit younger. As I said, he really enjoyed it, and he's probably of the target age-group, so surely that makes it a success. It's not something I'd recommend to everybody, but if you want an anime to watch with a child of around the age of ten, then you could do a lot worse than choosing this one.

This anime moved really slowly for me - until maybe ep20 there was really not that much story progression at all - just cool races. But the last, er, 6 episodes were pretty damn sweet. What I want to know is why it took Eva's father TWENTY EPISODES to realise that Eva was his daughter when they have the EXACT SAME FACIAL TATTOOS. Jeez.

Start a new discussion for Oban Star-Racers anime. Please be fair to others, for the full rules do refer to the Discussion Rules page.