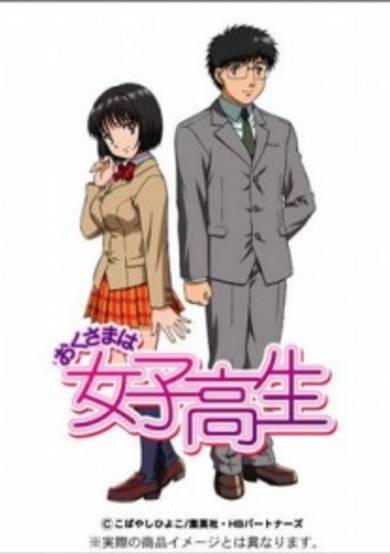 Asami Onohara is a seventeen-year old high-school student with a secret which has not been revealed to anyone: She is already married. Her husband, Kyosuke Ichimaru, is a Physics teacher in the same high school as her. However, even though they are officially a married couple, Asami's father forbids them to have any sexual contact until after Asami has graduated. Asami has to hide the fact that she is married to Kyosuke while trying desperately to further their relationship, and it does not help when there are so many interferences and obstacles from her father and other third parties. (Source: ANN)

It's a secret to everyone but... / I received a love letter!

Asami fantasizes about taking Kyosuke to bed while she prepares a special meal to celebrate his birthday, but everything goes wrong. The food winds up on the floor, her father and Kyosuke quarrel, and Kyosuke passes out after one too many beers.

Welcome to the school festival / We were able to get a child...!

Asami finds a love letter in her shoe locker, then creates a disruption in Kyosuke's class by attempting to read it during his lecture. Kyosuke confiscates the letter, returning it after a quick glance. Asami avoids confronting her admirer, leaving school by a different exit.

Asami's class becomes a maid cafe for the school festival. The costumes are revealing, mortifying Asami, scandalizing Kyosuke, and outraging her father.

A Trip for Two People / Summer Festivals and Fireworks and...

After the Summer Heat / My Husband's Reward

Sleeping Together in the School Infirmary!? / My Husband is a Wife?

Tears of Watching the Stars / Young Girl That Cannot Lose

This was a very fun and extremely kawaii anime!~  Although there aren't too many characters (the minor characters just have no reason to exist other than to jeopardize the main characters forbidden marriage, rather-\_-') the main two protagonists are both so adorable together and both work hard to keep their relashionship a secret.  I definitely recommend this anime if you're in the mood for a short but sweet dose of goofy romance~

Start a new discussion for Okusama wa Joshikousei (TV) anime. Please be fair to others, for the full rules do refer to the Discussion Rules page.