Maiku Kamishiro's past has always been somewhat of a mystery to him. The only clue he has to who his family might be is an old photograph showing two young children, a boy and a girl, playing in a small pool outside of a blue house. In an attempt to find his family, he moves to this blue house and begins working as a programmer. He's living a comfortable life until the day two very different girls show up at his door, both in possession of the same photograph, and both claiming to be his twin. With no way to prove who is a relative and who is a stranger, Maiku allows both girls to move in with him until they know for sure. (Source: ANN) 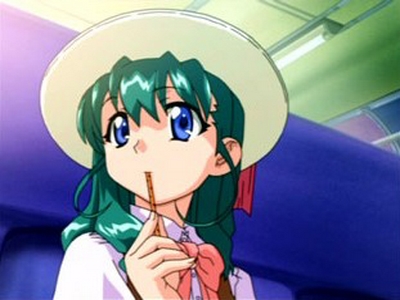 Mika is a average young man that is about to have his life turned upside down. After spotting a house on television that appears in a photo that was left to him by his parents he decides to go live their. Its not too long before two girls show up on his door step claiming to possible be his twins, as well as wanting to stay at the house with him. Check out this exciting and brandnew sequel to the popular onegai sensei(onegai teacher). 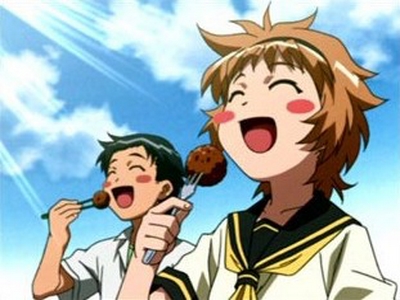 Having the same blue eyes, Kamishiro Maiku might be related to one of the girls that has just entered his life. Having faced with this dilemma, they gather around a table, each with their own photograph of this house which might concern their past. The photograph of a little boy and girl. 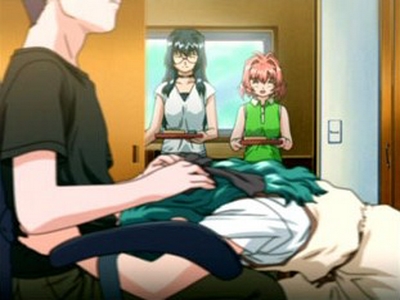 ""We might be strangers... ""The problem isn't the pastâ€¦ but what happens NOW. Miina, if we really are related by blood, I won't abandon you. I don't want to. I don't want to do something like throwing out a relative!"" 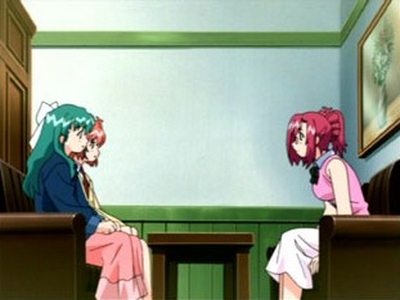 This episode begins witha recap of what we saw within the last episode. After the intro for episode four it is revealed the Minaa is looking for a job and is having a hard time finding one because most of the jobs require the person to be eighteen or over. While sitting in the bathup with Karen looking over job listings in the news paper, she spots one and proceeds to call and inquire about it, however she forgets to grab a towel. After calling she told that the position has already been filled, at this time Maiku is coming downstairs ans spots the undressed Karen sitting on the floor soaking wet,karen begins calling him pervert and other names and then the episode fast forwards a bit to after thats been cleared up. 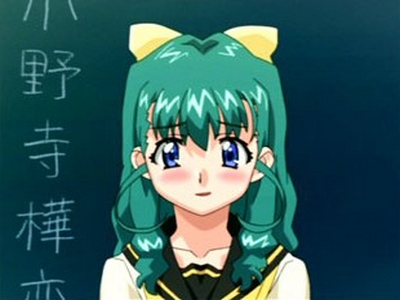 This episode starts off with Karen and Mina being introduced into their new class. Karen and Mina have taken and passed their school entrance examinations and are now welcomed by admiring peers. Mika listens quietly to the chanting in the next room upon introduction of the girls. The girls later on during their lunch break discuss mika's lack of interest in the opposite sex as well as the rumor going around that he is a moho which is a japanese translation for Homo. The girls decide that they will test mikes sexuality by following him around in skimpy outfits throughout the house and do arousing things. All fails and they decide more drastic steps needed to be taken so they decide to stage a dramatic incident. Mina fakes getting sexually assaulted in a changing room and get mika to believe her, all is going well until mina tries to kiss mika who doesn't act on her advance , but some how ends up kissing karen then getting caught by mizuho , and ichigo. Mike is suspended for three days 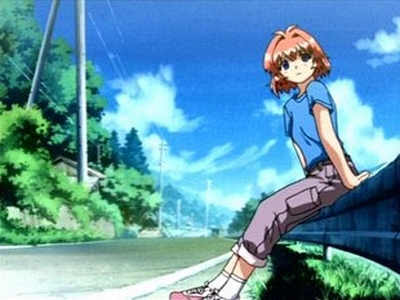 This episode begins with Maiku ,Karen and Mina reflecting over the events of the last episode in which they both kissed Maiku. Their is a akward feeling within the house. Both girls are afraid to confront maiku and discuss how their relationships have changed so they attempt to avoid him. Maiku is also feeling very saddened by the current event that have occured and doesn't know what to think or react to what has happened. They all realize that since they may or may no be related the entire situtation is even more complicated. 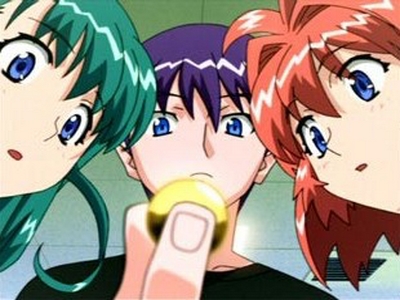 After winning the grand prize in a lottery, Maiku, Miina and Karen head to the beach. 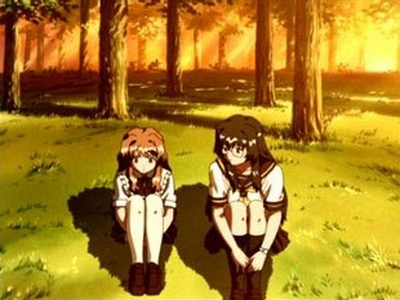 Be Honest in Love

Maiku learns the truth of Shimazaki's sexuality. Shimazaki reunites with Tsubaki, whom he was previously in love with. 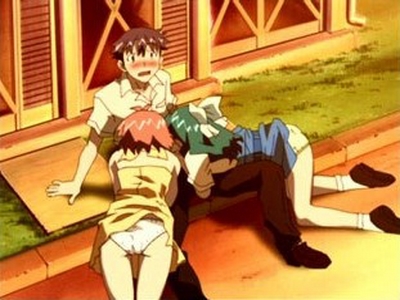 Don't Leave Me Out

On a beautiful day, the three head to the mall, but end up getting lost from each other. 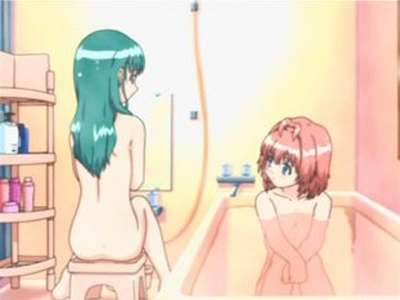 I Want to Run Again

Maiku and Karen learn of Miina's past. Karen then find out that the picture of Maiku and one of the girls was taken at a different angle.

Start a new discussion for Onegai☆Twins anime. Please be fair to others, for the full rules do refer to the Discussion Rules page.