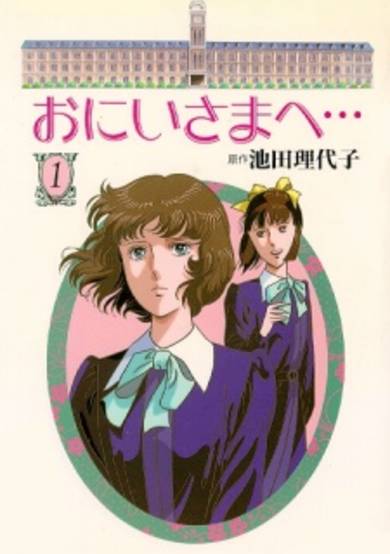 When starting at a new school, Nanako is thrust into the world of female rivalry and love. She is chosen into the Sorority, giving her an enviable position according to all the girls left out. However, since Nanako is not from a wealthy family, most girls find it unfair that she was chosen. Nanako is left to protect herself from wicked rumors and mean plots to make her leave the school. Along with her best friend since preschool, and new friends made along the way, she uncovers the past of some of the more popular girls in school and on her journey through high school she learns of love, loss and her own family's secrets... (Source: ANN, edited)
User Count2865
Favorites Count55
Start Date14th Jul 1991
Next ReleaseInvalid date
Popularity Rank2881
Rating Rank1395
Age RatingPG
Age Rating GuideTeens 13 or older
SubtypeTV
Statusfinished

The nomination day has come. The nominees from Class B are Mariko Shinobu, Kaoru Orihara, and Nanako.

Nanako suffers from nasty harassment after being nominated to Sorority. On the verge of collapse because of the cruel bullying, Nanako thinks of declining the invitation to the party, which is to select the official members.

The day after the party, the finalized list of the new members is announced. Both Mariko and Nanako are listed. Nanako is surprised that she had been accepted even though she had not attended the party.

Thorns of Suspicion and Doubt

On the day of the entrance ceremony to Sorority, Nanako and fellow students are summoned for the preparation.

After Nanaoko is accepted in to Sorority, everyone at school is hostile to her, even Tomoko, her best friend. One day Nanako is unable to find her sports bag which she had brought for sure.

The Darkness in the Clock Tower

Persuaded by Miya-sama, Nanako decides to stay in Sorority. However, the unable to bear the continued harassment, she escapes to the clock tower.

Mariko feels uneasy about the restored friendship between Nanako and Tomoko. She invites Nanako to her birthday party. Although afraid of Mariko's eccentricity, she can't decline the invitatio

Nanako, who witnessed snippets of Mariko's insanity, realizes she cannot be open with her. One day, Kaoru suddenly collapses.

Kaoru worries about Mariko, who is growing more gaunt by the day. But Mariko is unable to accept her kindness, thinking that popular people like Kaoru cannot understand her loneliness.

Based on the Manga by Ikeda Ryoko, who also created The Rose of Versailles. This is a coming of age story about Nanako, a young impressionable teenager who searches for her place in her new school. By writing to her "big brother" (her former tutor in high school prep class) she processes her experiences and turmoils. A very bittersweet, sensitive, and soul searching anime. If you're a romantic, it's an absolute MUST :)

This anime takes the classic story of a young fish-out-of-water and adds in generous helpings of romance between highschool girls. When Nanako starts highschool, she can't imagine the story that she will get caught up in. I feel like this anime does a great job of portraying young relationships with troubled individuals. Nanako is a kind girl, and exceedingly normal, but ends up embroiled with some of the most messed-up people at her school. She does her best trying to keep everything together. As the story unfurls and we find out all the connections between the characters, it is not hard to become emotionally invested. There's really SO much going on in this series that it really makes you feel like you're involved in everything. There are a lot of suspenseful/dramatic moments, but be warned that the series can be dark at times and is, overall, not a happy show. Although the animation style is older, I think it still holds up as a classic anime. The audio quality depends on the version that you're watching, but I enjoyed the voice acting.

Start a new discussion for Oniisama e... anime. Please be fair to others, for the full rules do refer to the Discussion Rules page.