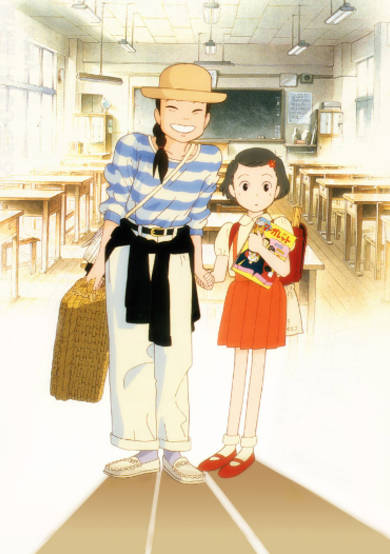 Omoide Poroporo is the story of Taeko Okajima, a twenty-something woman currently working as an office lady for a large company in Tokyo. She decides to a take a break from her life in the big city, and takes a trip out to the countryside to visit her brother-in-law. During her time there, she will have a completely different experience, becoming intimately familiar with the hard work of a farmer while spending time with friendly villagers and family members. This atmosphere will bring back nostalgic memories. She will begin to remember once more her life as a child: puppy love, the awkward stages of adolescence, and the challenges of dealing with boys and math class. The time spent away from the everyday grind will make Taeko question the path she has chosen.
User Count8252
Favorites Count125
Start Date20th Jul 1991
Next ReleaseInvalid date
Popularity Rank1394
Rating Rank1809
Age RatingG
Age Rating GuideAll Ages
Subtypemovie
Statusfinished

All Only Yesterday released episodes

**Only Yesterday** is an Anime Drama Film written and Directed by **Isao Takahata**. It is based upon a manga of the same name.  The Movie's plot revolves around **Taeko** a 27 year old woman who is unmarried and has lived in Tokyo all her life. She is thoroughly interested in the Japanese Rural Lifestyle. The story takes place in both the past and the present, the present storyline being **Taeko** taking a vacation to help out on a Safflower farm. Her hopes, dreams and concerns are laid out through flashbacks of her school life from when she was a 5th grade student. They are then contrasted against her current issues such as her career and romance. The movie engages rather realistic and adult themes such as the development of sexuality, purpose and individuality. Mainly her struggles with Math and Boys. The movie was written with a female audience in mind which certainly provides an interesting outlook.  The premise of the movie is something that could have been rather engaging. **Taeko's** childhood is a collection of somewhat interesting stories which provide a large sense of depth and evolution of character. The film however suffers from a lack of anything happening, that is to say although that  is rather common in romance/drama films of this type, it's rather lacklustre to see not that much happen in the long run. Some of her childhood stories are very emotionally charged but others are bland and rather one dimensional. The story about her shot-down dreams is sad, not heart-wrenching but very well done.  The link to the present can be seen through the stories, however it feels rather unnecessary, her past does not seem to impact the storyline as much as the movie makes them out to. It merely provides a back-story to her life and most stories serve to in no way better the plot (with the excuse of a few). This drags the film down as it slogs through tedious and boring parts that seem to have barely any relevance to the plot.  The plot in itself attempts to be a largely meta-emotional intellectually charged message. She's lost she finds both comfort in her previously adventurous self, but is also saddened by the inability of her former self to do the things she always wanted. The plot shows her on a path of self discovery, with her past leading her on her way to discover what she really wants. It's a nice premise and it DOES WORK, however, many bland parts slog the film and it makes it feel just downright boring. The animation is done nicely, as with most Ghibli Films, its older animation style gives it a little character and some of the cinematography is really quite lovely. The environments are nothing like other anime films in the same genre however and the lack of nice lighting effects adds to the perceived blandness. The soundtrack fits the narrative with the use of songs that suit both the age and various times of each stage of growth. This anime movie should be viewed with Japanese audio and English Subtitles for the best effect. The film is interesting if you can slog your way through some of its more belated parts. If you also regret your childhood and want to reminisce, this movie is a good way of doing that. Otherwise you may feel that you have wasted your time.

**Story** Only Yesterday is pure slice-of-life, and it was actually sort of boring. Sure, the characters were interesting enough to keep me watching, but I could literally leave it on and not pay any attention and then come back and understand everything that’s going on. It does have a profound and wise meaning though, and it’s a profound and sweet tale. I think I could probably enjoy Only Yesterday a whole lot more if I were a bit older and able to relate with Taeko’s thoughts and reminiscing. It really is an interesting story with so much development and a surprising amount of layers, but comes across as being sort of boring, though not uneventful. **Animation** The animation in Only Yesterday is beautiful, especially for something made in 1991. There are a few scenes where the outlining looks a bit odd, or the faces look a bit off, but it’s still quite impressive. What really caught my attention is the backgrounds, which are amazingly detailed water colors. It contrasted really well with the soft art style and made for a very appealing aesthetic. **Sound** There were completely silent parts with no music. This really bothered me. The music that was there wasn’t anything special, and everything was almost always silent when there was dialogue. WATCH AS THIS FAMILY TRIES PINEAPPLE FOR THE FIRST TIME EVER. IN COMPLETE SILENCE. Sounds like fun, am I right? **Characters** The characters are a mixed bag, but I believe they were meant to be that way. On the good side, we have Taeko and her family in the country. Taeko is a wise, friendly, hardworking and profound woman who works an office job, while working at a farm during her vacations. She is a wonderful role model, and I really enjoyed watching her interact with others. Only Yesterday is different in the way that the main character has already developed, and they are looking back at these memories of what they used to be. This also allows for Taeko to be a very deep and fleshed out character, something I love to see in any form of entertainment. Her “country family,” as I call them, are the classic country folk, kind, hardworking, and welcoming. Her actual “city family,” on the other hand, is horrible. The dad works all day, and when he’s home he doesn’t even talk to his family. The only parts when he really interacted with Taeko are when he slaps her because she goes outside without her shoes (horrible reason to slap somebody), and when he tells her she can’t be in a play because “show biz people are no good,” or something like that.  The mom does a lot for the family, but doesn’t seem to care about what her children want or really need. She’s not exactly the nurturing type. Hell, she doesn’t even seem to care when Taeko’s older sister is being a bully. I guess this family setup really bothers me, but it makes that country seem a whole lot better, and I think it was meant to do that. **Enjoyment** Only Yesterday has great artistic and even philosophical value, but isn’t very entertaining. Eh, maybe I’ll enjoy it someday.

Reading a few other reviews, I've heard people say that this movie has bland and boring segments. This isn't necessarily untrue. Do we really need to have a long explanation regarding the harvesting of sassafras seeds? Perhaps not, but patience is an important part of maturity, and the nurturing of the seeds is also, ultimately about maturity, which is the very center of this movie's theme. Only Yesterday is a film about what it means to be a child, and what it means to be an adult. Out of any movie I've seen, only Only Yesterday has truly struck a chord with my childhood experiences. The regret over being a spoiled brat, the harshness of parents, the feeling of just not fitting in completely. Those are parts of childhood that are commonly left out of most films, even ones centering on the hardships of growing up. Such bluntness and sincerity isn't something that I've encountered before. There are a lot of strange things about Only Yesterday. It's uncomfortable to watch prepubescent children talk about periods, and prepubescent boys make light of it in such an immature way. But that's the point. It's immature, and it's just how children are, but that's still not an excuse. Taeko's regret about her treatment of Abe still lays heavy on her, and effects her personal growth. Because really, even though most of us have matured from being a child, there's still always something there. Something telling that maybe, just maybe, we haven't changed as much as we think we have. Only Yesterday can be as slow, irrelevant, and dull as life usually is, but it has one of the most sincere themes I've seen in a work of art in a long time.

Start a new discussion for Only Yesterday anime. Please be fair to others, for the full rules do refer to the Discussion Rules page.