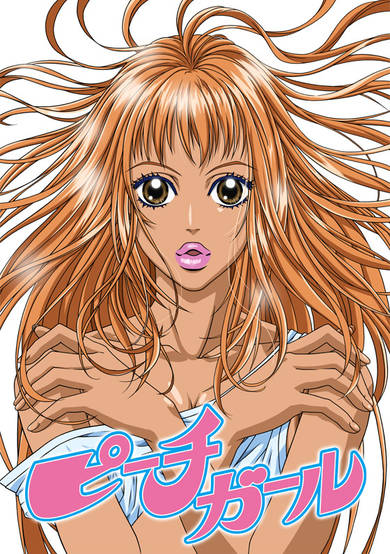 Peach Girl is about an average high school girl, Momo Adachi, who everyone thinks is a beach bunny/slut because of her tanned skin. The actual reason she is so tanned is because she was on the swim team and tans very easily. She likes a boy, Toji, who she heard only likes non-tanned girls. This causes her to question who she is and have low self esteem. She spends a lot of time trying to remake herself into the girl she believes he wants; however, she has a friend, Sae, who likes to go behind Momo's back and make her life terrible, mostly by trying to take Toji away from her. All the while there's another boy, Kairi, who is in love with Momo. (Source: ANN)

How Far Will You Go, Super Sae?

The Swim Meet From Hell

The Destruction of Pure Love

Shojo is not my genre of choice - I had to announce that first.Peach Girl is not too original - something else I had to announce.(also, I can't spell)Why would I give this a 9 out of 10?Simply because it's hysterical...Though this isn't catagorised as comedy, it should be, as there are roughly 12 cliche's per episode and possibly the most indirect-dope of a female lead you will ever see, but for some reason, it works:Plot...Momo, an innoffensive teen girl is being picked on at school down to her appearance; she's resembles members of a particular social group that are viewed as unnattractive down to their repputation, Momo is therefor unfair pre-judged, ontop of this, someone is ruining her reputation further; someone close by. Momo has decide she's in love with the popular sports-type boy, the popular joker has fallen for Momo = love trianlge.Character...Dispite the story not being too special and the characters seeming like the typical 'youths of school age who are in a rush to grow up', the characters are highly effective, we have:- The female lead - Naive isn't the word, she falls for mistakes anyone with an gram of common sense wouldn't, then falls for virtually the same mistake again, ontop of this, she's; selfish, quick to jump to conclusions and quick to over-react; bad combinations, however, we are always bought back to the fact that she's non-malicious; her heart is in the right place and unlike many other anime girls, she aknowledges her faults, she's allerted to her mistakes and the author hasn't sculpted the story to make her look like the victum every time things don't go right for her- Male love interest 1 - A male who is just as naive as the female lead; no real personality or atributes apart from being the typical 'strong silent' type. the 'jock' and bishounen(?)- Male love interest 2 - The joker who is suprisingly wize his surroundings; not naive like the two above, but bessoted enough to do anything for the female lead; litterally, lap-dog- The other 'woman' - a highly calculating big bad bully who could possibly be one of the best anime villians ever; she manages to be; highly passive aggressive (using ever aspect of passive aggression there is) aswell as confrontational, whilst looking like the innocent party; she's the type to make or break a personWhy watch...As stated previous; the cliche's (I'd say is the number one reason).They aren't the typical anime related cliche's such as ecchi related missunderstandings (guy falls on girls cheast or guy walks in on girl naked), they're the type of belivable and highly inconvenient type, such as; one character catching their partner with another woman/man and not asking questions, or character from the past showing up at a crutial moment etc; it's actually a fun activity in itself sucessfully predicting what's going to happen in the next few seconds.Predictability aside, I suppose the love tri-angle is played out quite well; it may not be too obvious to some who the leading girl would end up with, also, the ride to finding 'the one' wasn't a smooth one; others have came into the scene. As I stated previously; this may not be a comedy, but it is funny.

This anime is perfect for if you just want to waste a day watching an anime. It isn't really meaningful or life-changing, but it's cute and the love triangle is fun to watch. The heroine is really cute and headstrong, and unlike most girls in anime, she actually initiates skinskip! The story revolves her and the love line, and nothing else, really. Some episodes have nothing to do with the plot except for about 5 minutes, but like I said, it's good to waste time! It's kinda like when you eat a bag of chips you eat all the time, and halfway through the middle, you get tired of the same taste but still eat it cause it tastes good. The music was typical anime music, with nothing standing out. The opening and ending themes were nothing I would go out and downloaded, and I skipped them everytime. The animation was average. Nothing new and kind of boring. Except for how pretty everyone was. Especially Kari, who looked like a girl randomly during the show, but was still amazingly cute. Why do they always make one manly man and one pretty boy? Even though Touji was basically a pretty boy as well, they made him a baseball player and a more manly voice than Kairi to show that he was the "manly" one. LOL. The characterization was also bland but still enjoyable. Sae was a freaking psycho and I don't understand how someone could be that well-liked and still that crazy. They made her over-the-top, and she wasn't really understandable or relate able.Kairi was the saving grace of this show. He provided comedy and was the life of the party. Whenever he wasn't in an episode, I felt like something was missing. He might as well of been the main character for all the time I invested in his story and his character. \[SPOILERS\] The fact that she chose Kairi was the saving grace of this show for me. If she didn't chose him, and chose to go with Touji, who had been MIA most of the show or just a character to help the other mains to inspire conflict, I would've been seriously pissed. I watched this a second time with my sister, and I think it's safe to say that most girls would want Kairi. All in all, an enjoyable anime and one I would recommend if you have nothing better to do.

A romantic anime filled comedy and drama a relatable main character struggle between love. Makes this one of the best Shojo out there

Peach Girl is one of my favorite anime of all time. I started watch this anime series since 2009. All of the cast in this anime is all unique in their own way and it got my attention when I watch the first episode. The more I watch it the more I want to know what will happened to Momo and Kairi, From the beginning I want Kairi to get Momo because he helped her so much with all of the drama she had in school plus her breakups with Toji. So I was pretty excited that Momo and Kairi get together in the end. But so far I love how Sai changed to a good person in the end. Don't you agree?  So I rate this anime a 5 star! I never watch a romance/drama anime so it was a pretty good choice to watch this anime. If anyone hasn't watch this anime? I highly recommend you to watch it!

I remember looking around, way back when, when we had Comcast and my brothers and I were looking at the animes on demand when we bumped into this. They didn't care for it that much, but I was too hooked. It's a nice, cute anime with predictable twist and turns BUT A VERY UNPREDITABLE ENDING that kind of pissed me off. Still, it had the slice of life drama that I started to love and the art style and great as well. I've been meaning to read the manga, but I've been putting it off as well. Maybe sometime this year.

This is the first review I'm writing and I'm writing this only because of how much I HATED this anime! If you have any common sense and individual thought this anime will hurt your brain cells.  This anime's love triangle is ABSOLUTELY HORRIBLE. The heroine has to be one of the most annoying and indecisive pricks EVER. The love interests are polar opposites: Touji being the savior all-around heart throb of the heroine, Momo, and then the nasty pair of devils comes in aka the second love interest, Kairi, "obviously has to be the most popular guy in school who has to play all the girls but is actually a crybaby turd inside" and lastly the bitch fake friend Sae who RUINS EVERYTHING.  (SPOILERS)  The author who wrote this has to be trolling everyone. She completely treats the good guy, Touji, like trash and makes way for the crybaby, Kairi. No words can describe how IRRITATING Kairi is. He is legit scum who manipulates Momo into falling in love with him, leads her on, and only to reveal that he is in love with the school nurse?? WHAT? \*facepalm\* While Sae makes it her goal to torture Touji as much as possible, Momo is still chasing after stupid Kairi who forces her again to be with him in the end all because he's going to kill himself if not. THIS ALL HAPPENED LAST MINUTE. WTF? What type of petty love story is this.  I HATE THIS ANIME. I LITERALLY WISH I COULD UN-SEE IT.

Start a new discussion for Peach Girl anime. Please be fair to others, for the full rules do refer to the Discussion Rules page.