In 2075, space travel is no longer just a dream, but an everyday reality for mankind. Advancements in science and technology have led to the colonization of the moon, the commercialization of outer space, and the formation of large space corporations. Ai Tanabe, an upbeat woman whose interests lie in the cosmos, joins Technora Corporation as a member of their Debris Section, a department dedicated to the removal of dangerous space junk between the orbits of the Earth and Moon. However, Ai soon discovers how unappreciated her job is. As the laughingstock of Technora, the Debris Section is severely understaffed, poorly funded, and is forced to use a dilapidated spaceship nicknamed the "Toy Box" for debris retrieval. Undeterred, Ai perseveres and gradually becomes acquainted with the strange personalities that make up the Debris Section's staff, such as the bumbling but good-natured chief clerk Philippe Myers; the mysterious and tight-lipped temp worker Edelgard Rivera; and the hotheaded and passionate Hachirota Hoshino, who longs for a spaceship to call his own. Winner of the Seiun Award in 2005, Planetes is an unconventional sci-fi series that portrays the vastness of space as a backdrop for the personal lives of ordinary people—people who may have been born on Earth, but whose hopes and dreams lie amongst the stars. [Written by MAL Rewrite] 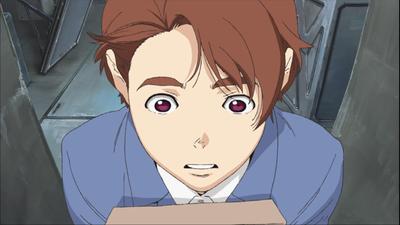 It's the first day on the job for Ai Tanabe as she's introduced to her eccentric co-workers in the Debris Section of space station ISPV-7. 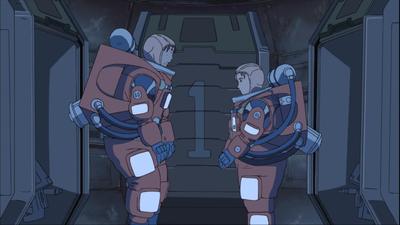 Hachimaki's dream of getting his own spaceship is revealed. Tanabe continues her zero-G training with Hachimaki. Tanabe and Hachimaki are sent on a debris retrieval mission to recover a derelict satellite. However, the satellite's orbit sends it on a collision course with Cheng-Shin's orbital shuttle. 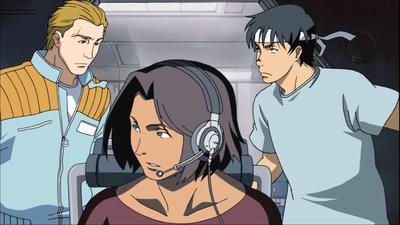 Insurance salespeople swarm the ISPV 7 space station while members of the Debris Section write their annual wills. During a routine debris collection, Yuri, Tanabe, and Hachimaki recover a space coffin containing a famous astronaut. However, an ideological conflict erupts over the fate of the coffin and the body contained in it. 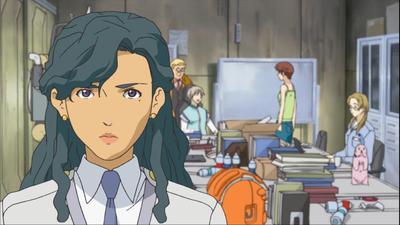 Part of the Job

The spoiled son of INTO chairman, Colin Clifford visits the ISPV 7 space station, and goes on a debris hauling mission with the Debris Section. Among the debris retrieved is Colin's camera carelessly left attached to a derelict satellite. 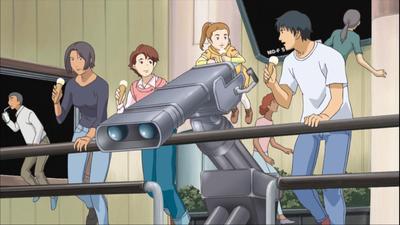 Fly Me to the Moon

Fee, Hachimaki and Tanabe decide to go to the Moon for their holiday. But on the Lunar Ferry, a pickpocket steals Tanabe's wallet while Hachimaki makes his debut as an actor. 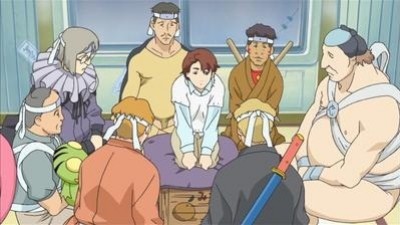 On Hachimaki and Tanabe's visit to the Moon, they meet Tanabe's neighbours... a group of wannabe ninjas who perform ninja techniques through the Moon's lower gravity. 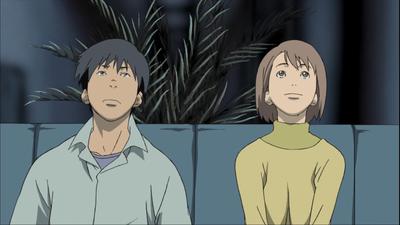 While recovering from an injury, Hachimaki must stay on the Moon to recover. He then meets a girl who is a Lunarian, a person born on the Moon. Hachimaki also meets Harry Roland, a veteran astronaut who is in an adjacent hospital bed. 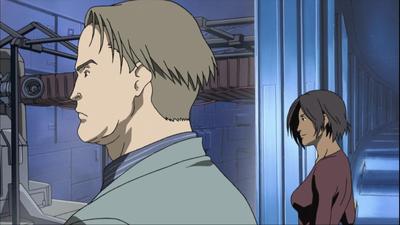 A Place to Cling to

Tanabe suspects that Fee is having an affair with the division manager Technora Corp, Dolph Azalia. However, Fee is not, and actually is being promoted to assistant chief of Control Section. Meanwhile, the rest of the Debris Section take this opportunity to go on a very difficult debris mission on their own. 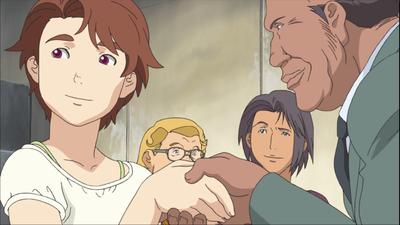 Hachimaki's extra-vehicular activity instructor, Gigalt visits the Debris Section as part of a safety inspection. However, on a debris hauling run supervised by Gigalt, the crew of the Toy Box encounter illegal debris dumping activities. 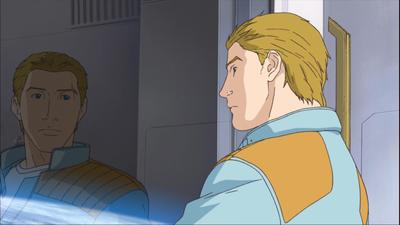 A Sky of Stardust

Tanabe is preoccupied with her discovery of Gigalt's illness. Yuri's involvement in a famous high-altitude shuttle accident is revealed. On a routine debris retrieval mission, Yuri finds the only keepsake of his deceased wife.

This is a slow anime in the beggining, in which nothing happens, and too fast paced in the second half, in a way that may confuse one. There are a bunch of annoying characters (Tanabe and the whole comic relief crew, I'm looking at you guys). Also, the relationship between the Debris team is not well made, and there is not enough time to build the characters that are very important in the final part of Planetes. They also didn't take enough time building the main couple. Another confusing thing is that sometimes there is a lot of attention to little details to make the space atmosphere believable, but at the same time you can never be sure on whether there is gravity or not, something rather simple. I'd think that nowhere in the ship has gravity, but sometimes it seems like they walk like they would in earth and in others they float. It bothered me a lot. I think Planetes is a season too short, or they could have used the episodes better, instead of throwing useless fillers. This "slice of life in space" has major flaws due to lack of attention to details and the policits/action part in the end is confusing. I'd not recommend this anime.

I consider this anime to be a masterpiece. I never expected to enjoy an anime about the daily lives of a crew in space, but in the end it became much deeper than that. I doubt I will ever see another story like Planetes ever again.

I am the stage in my "anime life" where it is very rare for me to enjoy an anime more than it being mildly entertaining. It has been a very long time since I have enjoyed an anime as much as Planetes. In the year 2075, the story of a young woman as she begins her career as a "Debris Hauler" (Space debris are a serious danger to vessels orbiting the earth and the moon,  so it is Debris Haulers' jobs to clean it up) I found myself lost in the world that this anime presents as I watched the different events unfold. Though the female lead was slightly annoying at first, she became a very interesting character along with the male lead. The series doesn't spend too much time on the two main characters, meaning that all the brilliant side characters get the time they deserve, and its a joy to watch.  Satisfying interconnected arcs lead up to a thrilling, thought-provoking ending. This along with impressive realism, immersive music, excellent animation and a fabulously written romance leads to a fantastic show, and definitely worth the watch. It is an anime I wont soon forget.

85/100 A great show. The characters are interesting and complex, and they get fleshed out well. The atmosphere is great, and there is some great world-building. You really get the sense that you're in space, and it takes itself seriously. But at the same time, it's still a fun show, and that's what makes me like it so much. Not many anime can be fun, but still take itself seriously at the same time.

Start a new discussion for Planetes anime. Please be fair to others, for the full rules do refer to the Discussion Rules page.