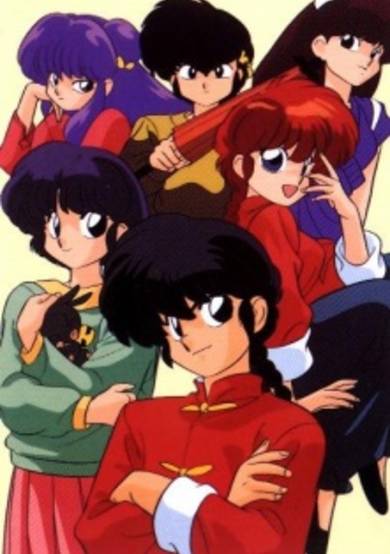 Ranma Saotome is a top-class martial artist and prodigy at the Saotome "Anything-Goes" school of martial arts. While training in China, he and his father meet a terrible fate when they accidentally fall into a cursed spring. Now, Ranma is cursed to turn into a girl when splashed with cold water, and only hot water can turn him back into a boy. Things are only complicated further when Ranma discovers that his father has arranged for him to marry one of Soun Tendo's three daughters in order to secure the future of the Tendo dojo. Though Soun learns of Ranma's predicament, he is still determined to go ahead with the engagement, and chooses his youngest daughter Akane, who happens to be a skilled martial artist herself and is notorious for hating men.Ranma ½ follows the hilarious adventures of Ranma and Akane as they encounter various opponents, meet new love interests, and find different ways to make each other angry, all while their engagement hangs over their head. [Written by MAL Rewrite]
User Count12906
Favorites Count206
Start Date15th Apr 1989
Next ReleaseInvalid date
Popularity Rank917
Rating Rank1464
Age RatingR
Age Rating GuideMild Nudity
SubtypeTV
Statusfinished 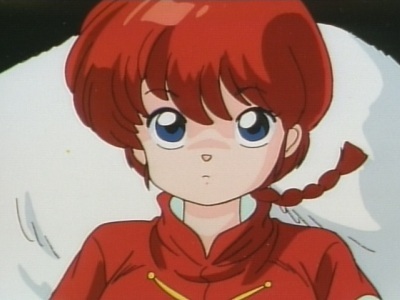 Soun Tendo gets quite a surprise when the son of his friend Genma Saotome that he's arranged for one of his daughters to marry turns out to be a girl... 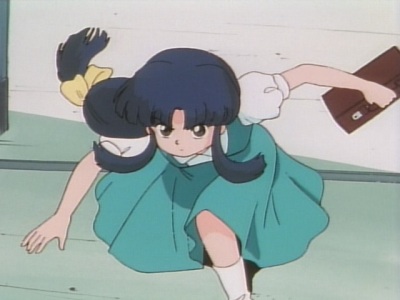 School is No Place for Horsing Around 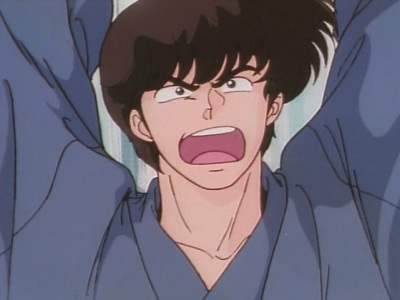 A Sudden Storm of Love

Not realizing that Ranma and 'the pigtailed girl' are the same, Kuno is furious that he let the "cretin" slip away. His attention soon shifts to the red-haired one though, when she bests him in combat. 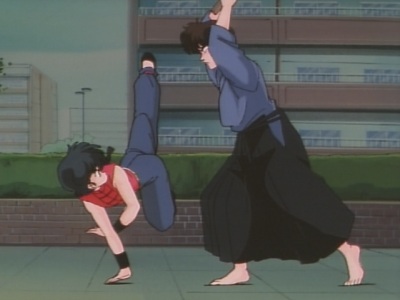 Ranma and...Ranma? If It's Not One Thing, It's Another

As Kuno continues his attempts to get a date with the 'pigtailed goddess', Ranma starts freaking out, while Nabiki smells money. 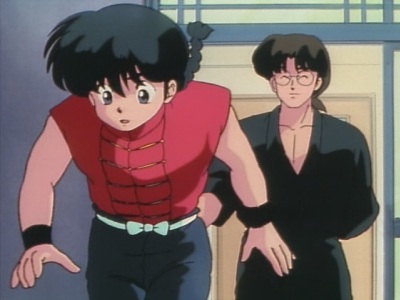 Love Me to the Bone! The Compound Fracture of Akane's Heart

A solid beating from Akane brings Ranma to Dr. Tofu, who tries to help out the two teens' relationship, as well as Ranma's injuries. 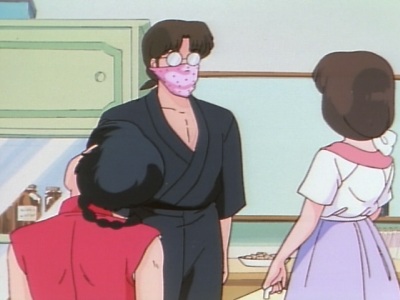 Akane and Ranma are back at Dr. Tofu's when Kasumi shows up, causing Tofu to start acting like a loon out of love, something Akane doesn't handle well. 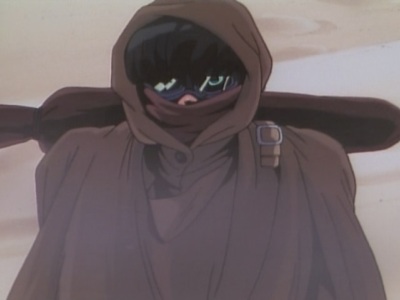 After years of searching, Ryoga Hibiki finally finds the person who ruined his life - Ranma Saotome. Now, if only Ranma could remember what the heck he did to make Ryoga so mad... 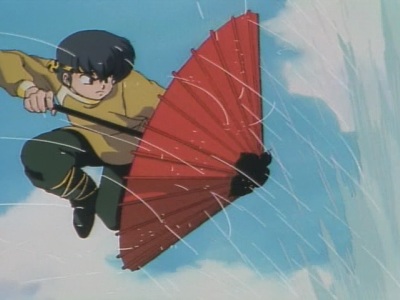 School is a Battlefield! Ranma vs Ryoga

Ryoga finally manages to find Ranma again, and challenges him to a fight in the schoolyard. Unfortunately for Ranma, several outside parties have a vested interest in seeing him lose. 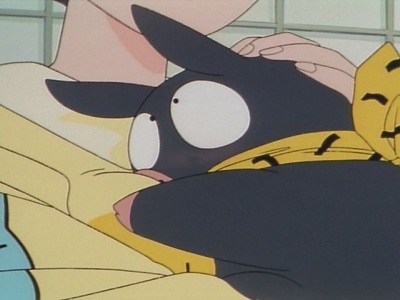 True Confessions! A Girl's Hair is Her Life!

Akane's accidental haircut brings a temporary reprieve in Ranma and Ryoga's fighting. Stunned, she wanders off alone, thinking about the loss of the one thing that wasn't 'tomboyish' about her. 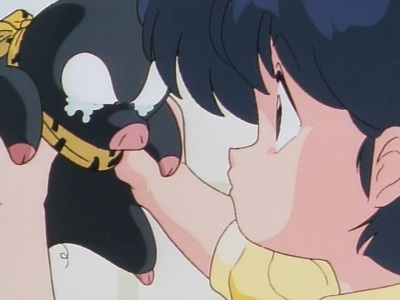 Not knowing that it's Ryoga, Akane adopts the little black pig as her pet, naming him P-Chan. This of course drives Ranma crazy, as he desperately wants to get Ryoga away from her, yet feels honorbound not to reveal the secret.

This show is what got me into anime. It's been a while since I watched it (though I'm thinking about watching it a third time soon) but I still remember just about every single episode. The show brings humor, drama and action. It has just about everything, and what it lacks, it doesn't need. The story is simple. A boy and his father falls into cursed springs in china, which causes the boy (Ranma) to transform into a girl when hit by cold water, and back when hit by hot water. The same goes for his dad, but he turns into a panda instead. I personally like the simplicity, which makes the show easy to get into, and it also makes it easy for you to skip an episode if you feel like it's not good (I've seen them all, though). The art is very old (1989-1992), but I feel like the art fits right in with the kind of anime that "Ranma ½" is. It's actually very good for a series that started in the late 80's. The OPs and EDs are nothing special, they're ok I guess. The music that plays during the fights and such is epic, though. It makes you feel like you're in the show itself, and I can't complain about it at all. Ranma himself, is an arogant and stubborn person who never gives up, and even let's his pride get in the way between him and his goals at times. He's a very enjoyable character anyway, and he provides the show with a bunch of comedic value. The other characters are amazing too. Kuno with his stupidity brings many smiles to my lips and Ryoga is the uncrowned king of getting lost. All the characters bring something special to the show (even though you at times feel like hitting something because of Happosai) and none of them could be replaced in my opinion. The enjoyment of this anime is just at top. The show never fails to amuse me and I can watch it over and over. Although "Ranma ½" was never finished, I still feel that it deserves a 9/10. And for the people unhappy about the ending in the anime since it never finished, I'd recommend reading the rest in the manga. It's totally worth it. Thanks for reading and feel free to leave feedback! THIS REVIEW IS VERY OLD, MY OPINIONS MAY HAVE CHANGED SINCE I WROTE IT!

Start a new discussion for Ranma ½ anime. Please be fair to others, for the full rules do refer to the Discussion Rules page.