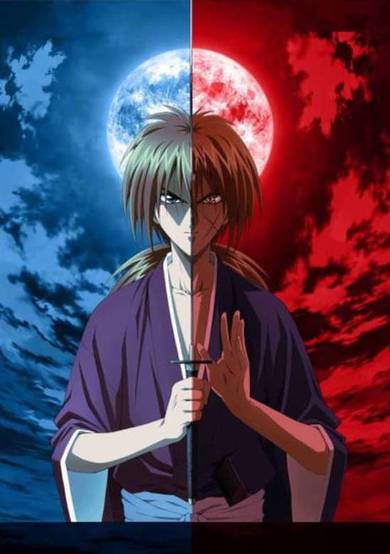 In the final years of the Bakumatsu era lived a legendary assassin known as Hitokiri Battousai. Feared as a merciless killer, he was unmatched throughout the country, but mysteriously disappeared at the peak of the Japanese Revolution. It has been ten peaceful years since then, but the very mention of Battousai still strikes terror into the hearts of war veterans.Unbeknownst to them, Battousai has abandoned his bloodstained lifestyle in an effort to repent for his sins, now living as Kenshin Himura, a wandering swordsman with a cheerful attitude and a strong will. Vowing never to kill again, Kenshin dedicates himself to protecting the weak. One day, he stumbles across Kaoru Kamiya at her kendo dojo, which is being threatened by an impostor claiming to be Battousai. After receiving help from Kenshin, Kaoru allows him to stay at the dojo, and so the former assassin temporarily ceases his travels.Rurouni Kenshin: Meiji Kenkaku Romantan tells the story of Kenshin as he strives to save those in need of saving. However, as enemies from both past and present begin to emerge, will the reformed killer be able to uphold his new ideals?[Written by MAL Rewrite]
User Count34329
Favorites Count600
Start Date10th Jan 1996
Next ReleaseInvalid date
Popularity Rank277
Rating Rank332
Age RatingPG
Age Rating GuideTeens 13 or older
SubtypeTV
Statusfinished 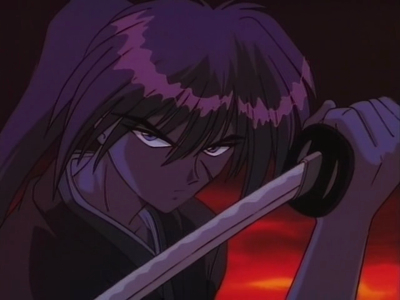 The Handsome Swordsman of Legend: A Man who Fights for Love

Kaoru makes Kenshin stay in the separate room because he saw her naked when she was taking a bath. He was trying to ask if she was OK but thought she was quiet because she was trying to kill herself.(reason= her last students quit) Also near the end of the episode when Kaoru invited Kenshin to stay with her, he said that he might see her naked again. She punched him and apologized because she thought he could dodge it seeing he is the Battousai. 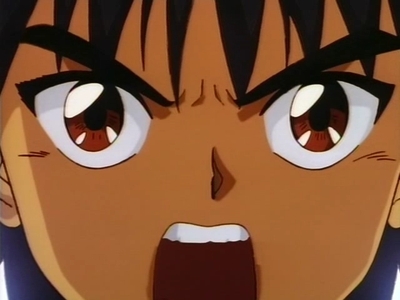 Kid Samurai: A Big Ordeal and a New Student

After nearly being pick-pocketed by the young street urchin Myojin Yahiko, Kenshin takes sympathy on the boy who declares himself to be from a samurai family. After his mother's death, Yahiko has been forced into working for the yakuza to pay off his deceased mother's debt. Kaoru goes to rescue the boy but finds herself in a perilous situation until Kenshin appears and defeats the yakuza single-handedly. Kaoru then takes Yahiko as her student at Kenshin's prompting despite the reluctance of both of them. 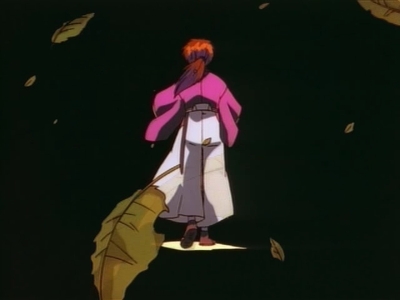 Swordsman of Sorrow: The Man Who Slays His Past

Yahiko is discontent with the teachings of Kamiya-Kasshin-ryū, wanting to defeat his enemies over protecting the innocent. An old acquaintance of Kenshin invites him to join the military. 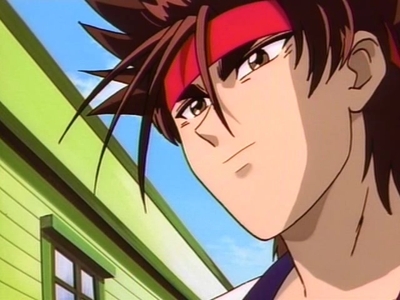 Hiruma Gohei, a man who Kenshin had previously defeated in episode 1 hires Sanosuke Sagara (aka Zanza after his signature weapon, a zanbato) to take Kenshin down. He accepts, but not for the money. 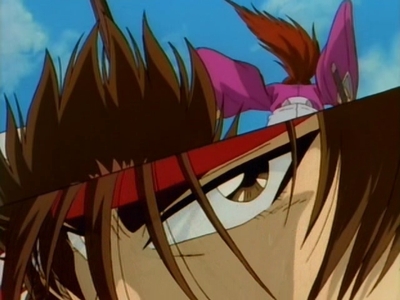 Zanza returns to fight Kenshin, and reveals his reason for fighting and his past with the Sekihoutai, where his captain and teammates were used as scapegoats by the government. Kenshin defeats him and breaks the zanbatou, and they become allies. 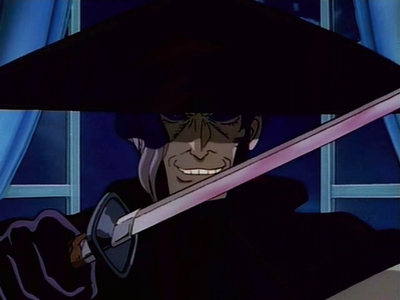 The Appearance of Kurogasa: Visitor from the Shadows

Government officials are being murdered. Jinei, a former hitokiri known for his ruthless attitude, is doing it and the government asks Kenshin for help. When Jinei sees Kenshin, he realizes he has a worthy opponent and kidnaps Kaoru, telling Kenshin to meet him later. 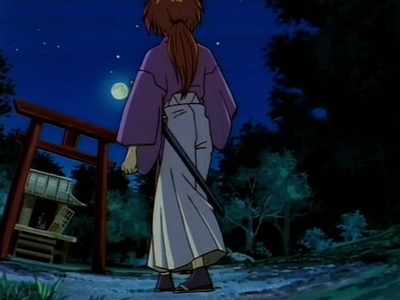 Deathmatch under the Moon! Protect the One You Love

Jinei has kidnapped Kaoru in order to force Kenshin back into his murderous ways. Kenshin almost kills Jinei, but Kaoru calls out, and he spares him. Jinei then takes his own life. 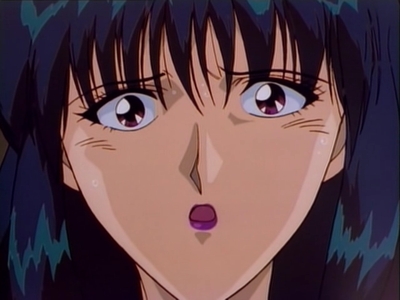 A New Battle! The Mysterious Beauty From Nowhere

One of Sano's friends has died from opium when a mysterious woman (Takani Megumi) shows up and needs his and Kenshin's help. She is being pursued by the Oniwabanshuu onmitsu, an elite group of ninja that used to protect the Edo castle. They protect her, but Yahiko is poisoned. 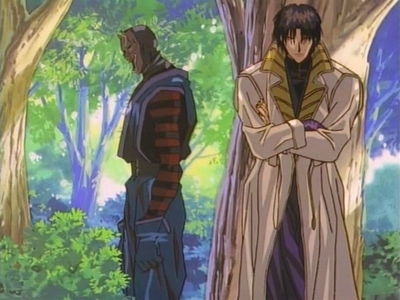 The Strongest Group of Ninjas: The Horrible Oniwaban Group

Takeda Kanryū forces Megumi to return by threatening the people at the dojo. Sano convinces her to return, but Megumi is captured by one of Kanryū's underlings. 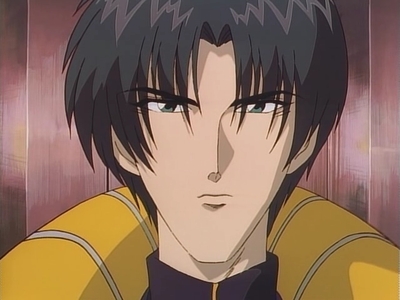 Aoshi: Someone so Beautiful it's Frightening

The group goes to retrieve Megumi, but the Oniwaban group stands in their way. Kenshin narrowly defeats Hannya and then he and Sano confront commander Shinomori Aoshi. Aoshi takes out Sano with one blow, and then he and Kenshin begin to battle.

you know how some series just mark an era? rurouni kenshin (or samurai x) is one of those series, in here is where many of the future plotlines for certain type of characters can be seein' (and I'm pretty sure some where born in here) from the repentant warrior that tries to redime his past by aiding others and forswearing killing, to the gold hearted warrior that is bitter against the new goverment, there is no such thing as a unidimensional character in here even those that only appear for an episode, the fights are incredible and there are some of the greatest swordfights I've watched in an anime show that doesn't include energy projectiles, taht being said, the english translation is not one of the best I've seen (but i've seen worse) when I watched it it was in spanish during the great years of translation, not a Word mispoken or lost, if you know the language try it its an amazing experience.

My favorite anime of all time

Start a new discussion for Rurouni Kenshin: Meiji Kenkaku Romantan anime. Please be fair to others, for the full rules do refer to the Discussion Rules page.