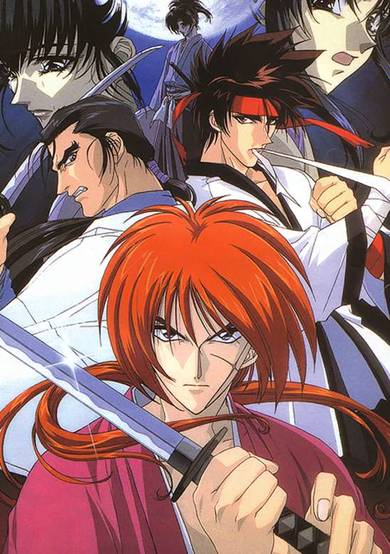 The war against the Tokugawa Shogunate ended years ago. But there are some who are not happy with the outcome. Shigure Takimi watched his friends and family get slashed down in the name of freedom and prosperity. Now he and a band of desperate rebels have sworn to settle one final score. Only one man stands in their way: Kenshin Himura. But when Shigure discovers Kenshin's true identity as the Hitokiri Battousai, his fight becomes a personal vendetta.(Source: ANN)
User Count3821
Favorites Count7
Start Date20th Dec 1997
Next ReleaseInvalid date
Popularity Rank2423
Rating Rank2400
Age RatingR
Age Rating Guide17+ (violence & profanity)
Subtypemovie
Statusfinished

I'm always surprised at how dismissively people treat the Kenshin movie (or, to give it its full, unwieldly title "Rurouni Kenshin - Requiem for the Restoration Royalist"). I guess it's because it feels more like a prolonged episode of the "Rurouni Kenshin" series than a movie, in style, production quality, as well as content.But though it feels like just a normal episode of "Rurouni Kenshin", at least it feels like one of the better ones, as personally I enjoyed watching it, even if it is somewhat forgettable.Storywise, it's about a samurai, who, in addition to not being happy with the outcome of the revolution (surprise surprise), also has a personal grudge against Kenshin (shock horror). Remember when I said this was just like another episode of "Rurouni Kenshin"? Anyway, the build up is pretty slow - aided by copious amount of repetitive flashbacks - but the pay off at the end is satisfying. The story even succeeds to be quite touching at times. The humour they attempted sucked though.While movies generally have noticably better animation than their series counter parts, the same cannot be said for the Kenshin movie - it's about on a par with the series. It's actually worse in some respects - for some bizarre reason, the colour contrasts seem a little messed up. Reddish colours such as Kenshin's hair colour and also blood seems overly bright.The action sequences are good but falls short of great. Kenshin uses this jump attack (that I don't remember seeing in the series) that looks pretty cool. The makers must have thought so too, cos if I remember correctly (I watched this a long time ago), they had Kenshin use that move over and over till it got a bit boring.Last but not least, there are two things in the main series that puts a tingle down my spine: one is a badass Hajime Saito cameo, and the other is when Kenshin lets his inner manslayer takes over. This movie has both of those, which is a nice bonus.Overall, "Rurouni Kenshin - Requiem for the Restoration Royalist" doesn't add anything new to the world of Kenshin, but it can be a very entertaining watch for established fans. It's at least a lot better than most of that dreadful "The Tales of the Meiji" part in the "Rurouni Kenshin" series.

Start a new discussion for Rurouni Kenshin: Meiji Kenkaku Romantan - Ishinshishi e no Chinkonka anime. Please be fair to others, for the full rules do refer to the Discussion Rules page.