In the distant future, since the Earth has become overpopulated, efforts to find and colonize on other planets have begun. However, one of the ships, the "Mesopotamia" malfunctions and all but 6 of its inhabitants are all killed. the remaining 6 manage to escape to a nearby planet named "Terra ll ", which is similar to Earth in many respects. However, all of them are male. Therefore, as to not let their efforts go to waste, they begin to set up 6 countries and to reproduce through cloning and genetic engineering. however, there are still no women, and to make up for it they create lifelike advanced female androids called "Marionettes" which do everyday chores and work. However, they are all emotionless machines. But one day, a ordinary boy named Otaru finds and awakens 3 special battle type Marionettes that have emotions due to a "Maiden Circuit" within them. It's up to him then to teach them and allow their emotions to grow, and when a nearby country threatens with world domination, it's up to to Otaru and his "human" Marionettes to protect their country. 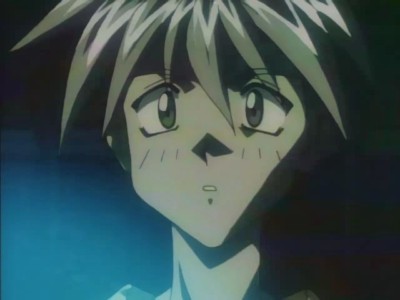 Three hundred years after six men crash-landed from space on an uninhabited planet named Terra II, six cities have developed (one for each of the original founders). Genetic engineering assured the survival of the race, as every man raises clones instead of children from natural propagation. Unable to genetically engineer women, however, has resulted in a planet of men and their android servants called marionettes, all of which take female form. But suddenly, out of happenstance, a local boy, Otaru, from the city of Japoness awakens a special marionette named Lime from a secret underground capsule. Lime has the ability to laugh and get angry and demonstrates amazing strength - attributes that make her unlike any other marionette. But more importantly Otaru and Lime become friends. 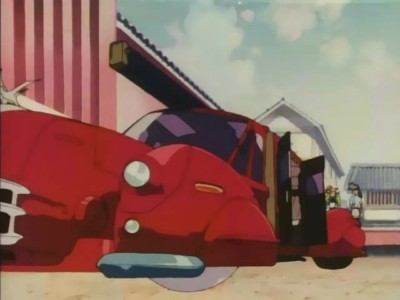 The Imperial Guards of Japoness fear that evil despot Faust, leader of another city called Gartlant, is up to something dreadful. Three of Faust's special marionettes, termed Saberdolls, suddenly appear in Japoness and destroy a group of secret agents that previously burned down resident fancy boy Hanagata's house. The Saberdolls then disappear just as nimbly as they arrived. Even though Hanagata annoys Otaru, Otaru still fights to save Hanagata's little brother from the flames. But civilians impede Otaru's would-be rescue, claiming the cause hopeless. In an act of valor, Lime saves the boy, leaving the others to question the differences between man and machine. 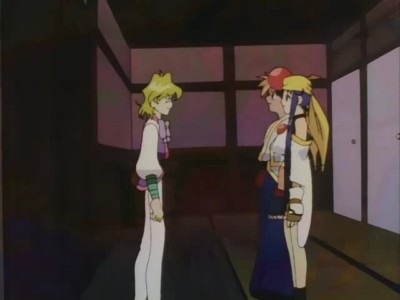 Furor Faust, spurting Hitler-like slogans, plans to attack Japoness. Meanwhile, Otaru, Hanagotta and Lime take a tour of the national museum in Castle Japoness. When Lime accidentally breaks a national treasure, Imperial Guards race after the trio. Otaru sacrifices Hanagata to the mob in order to escape with Lime, but they end up in a secret room that houses the Shogun, Japoness' leader. Just as the Shogun starts to enjoy their company, and alludes to knowing more about Lime's origin, one of Faust's Saberdolls, Panther, disobeys Faust's orders and appears to eliminate the Shogun. Lime battles with Panther, but both are on equal footing and are getting nowhere. In the melee, Otaru accidentally awakens another special marionette, Cherry. With Cherry's help, they defeat Panther, who returns to an angry Faust and is punished for disobedience. Otaru, now with two devoted and human-like marionettes, walks home. 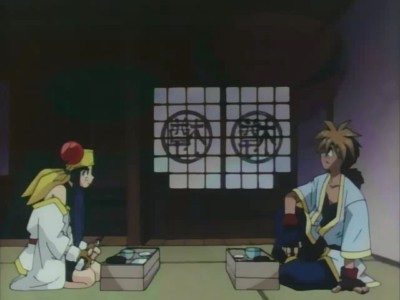 Cherry is in love with Otaru, but every time she gets close enough for a kiss, Lime interferes. After defeating average street thugs in a fight, Cherry solicits their help in a faux kidnapping plan designed to get Otaru alone. Otaru responds to Cherry's "ransom" letter and quickly goes to an abandoned warehouse to rescue Cherry. But when Otaru's moment of triumph comes, dangerous smugglers appear at the warehouse. 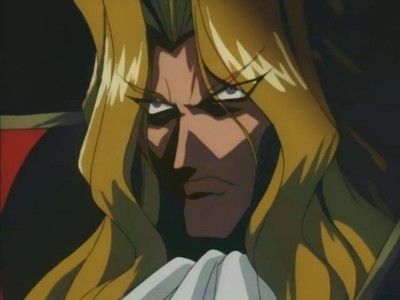 The Shogun sends for Otaru, Lime and Cherry and explains why the two marionettes are different than others - they each have a special maiden circuit that gives them emotion. Unfortunately, the secret to making maiden circuits was lost long ago. But just as he's about to explain Otaru's role in the mystery, an android replica of Faust flanked by Saberdolls appears to learn the secret himself. Once he does, the android explodes, wounding the Shogun. As the Saberdolls attack and Lime and Cherry defend, Otaru frees another marionette with a maiden circuit, Bloodberry. Another marionette has joined Otaru's family. 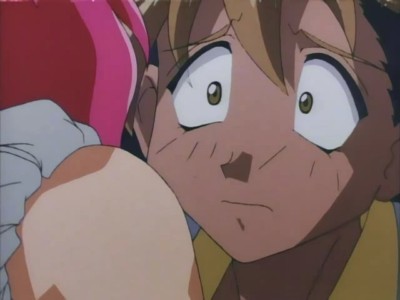 Bloodberry, also attracted to Otaru, takes a more forward approach to love. But after Otaru refuses her forward advances and marriage proposal, she decides to woe him by making his greatest wish come true. Bloodberry mistakenly thinks that Otaru's wish is to fly, so she makes a flying machine and they fly away, much to Otaru's fright and dismay. They crash land on Mt. Kamuna where the evil beast Ponta lives. Lime, Cherry and Hanagata assemble flying machines of their own for rescue. 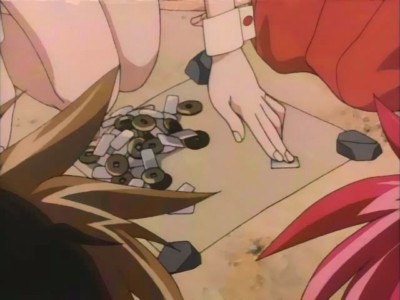 With three marionettes to feed, Otaru finds that his financial means have rapidly dwindled to one remaining coin, enough for one day's supply of rice. Otaru sends Lime to get the rice, but she returns with a lottery ticket instead, having been tricked into believing it a magical piece of paper. When Otaru's idea of running a burger stand ends up costing more than it profits, their only hope remains in the lottery ticket. Luckily Otaru and company win the "happiness is yours" prize - unluckily the prize is a year's supply of pickles. 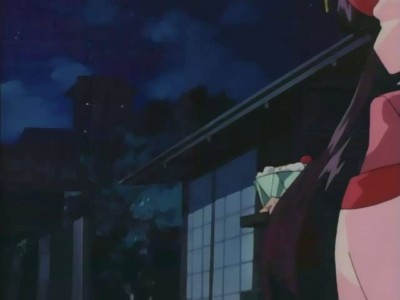 Hanagata, now Otaru's annoying neighbor, has finally decided to declare his love for Otaru, but just as he attempts to do so, marionette collectors kidnap Lime, leaving Otaru devastated and in no mood to listen to Hanagata's declaration. Spurned, Hanagata peevishly tells Otaru that his feelings for the marionettes are unnatural. But Otaru ignores the jibe, saves Lime and insists upon caring for each marionette as if they were human. Faust makes his move and overthrows another of the six cities. Intent on ruling all of Terra II, his next target will be Japoness unless someone can break into the heart of Gartlant and destroy the main computer. Otaru agrees to take on the secret mission issued by the Shogun's council, not for patriotism, not for honor, but for the fame associated with being a hero. He's a sucker for trading cards in candy boxes. But when Lime learns that war makes you lose people, she decides to go on the mission alone. Fortunately, Hanagata informs Otaru, Cherry and Bloodberry in time for them to reach Lime in an underground passageway just as she needs help fighting Faust's Saberdolls. 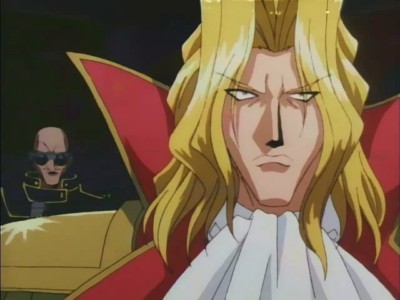 After Otaru, Lime, Cherry, Bloodberry and Hanagotta successfully repel the Saberdolls, they journey into Gartlant to detonate the central computer. Cherry plans for Lime, Bloodberry and Hanagata to distract the city's guards while she and Otaru hack into the main computer room and place explosives on the central computer. The plan appears to work until, in the midst of their escape, Otaru and company find themselves surrounded by the Saberdolls with deactivated explosives in hand.

Start a new discussion for Saber Marionette J anime. Please be fair to others, for the full rules do refer to the Discussion Rules page.