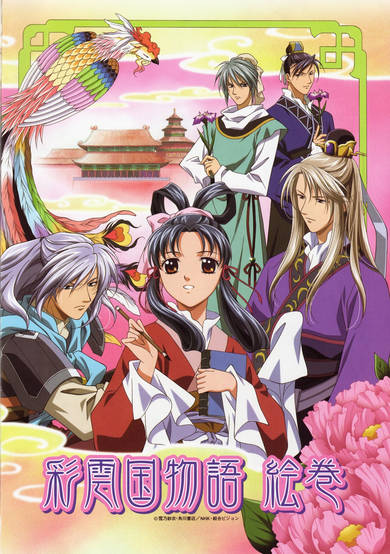 Most people think being born into a noble family means a life of comfort and wealth. That couldn't be further from the truth for Shuurei Kou. Despite the Kou family being an old and important bloodline, they've fallen on hard times. Shuurei's father works as an archivist in the Imperial library, which is a prestigious position, but unfortunately not one that pays much. To put food on the table, Shuurei works odd jobs such as teaching young children or playing live music in a restaurant―and even then, it's barely enough. Then, one day, a court advisor makes Shuurei an offer. If she becomes the concubine of the new, but lazy, emperor and teaches him how to become a good ruler, then she will receive 500 pieces of gold. Never one to turn down good money, Shuurei accepts the proposition. After all, the new emperor only prefers men so her virtue is safe… or so she thinks. The more time she spends in the palace, the more her old dream of becoming a court official is reignited. There's only one problem: she's a woman and women do not become government officials. Shuurei may be able to turn the emperor into a good ruler, but will it be at the expense of her own aspirations?
User Count5969
Favorites Count71
Start Date8th Apr 2006
Next ReleaseInvalid date
Popularity Rank1818
Rating Rank952
Age RatingPG
Age Rating GuideTeens 13 or older
SubtypeTV
Statusfinished

Every Good Deal Has A Catch

After being bribed by a high authority from the palace, Shuurei enters the Imperial Palace as the Emperor's consort and unofficial tutor, in keeping her promise to encourage the prince to rise to the responsiblities of the Emperor and to begin taking interest in the country and the throne.

A Frog in the Well Knows Not About the Ocean

Shuurei teaches Ryuuki about daily life by taking him on an excursion through the Imperial City.

The Capable Falcon Hides Its Talons

Ryuuki averts an attempt to assassinate Shuurei by drinking the poison intended for her.

After participating in a swordfighting tournament, Ryuuki discovers his exiled brother Seien is closer at hand than he previously believed.

Shuurei is kidnapped by forces who may or may not be working against the Emperor's interests.

He Who Swims a Lot Will Drown

The plot against Ryuuki and Shuurei comes to a head as the conspirators are defeated. With her task complete, Shuurei leaves the palace.

To Borrow a Cat's Paw

Shuurei returns to her work at the temple school. Ryuuki begins writing a proposal that would allow women to take the official examinations. Ensei Rou, one of Seiran's friends, arrives from Brown Province.

A Journey Of A Thousand Miles Begins With A Single Step

Shuurei disguises herself as a boy to assist the Imperial bureaucracy during a heat wave.

Good Things Come To Those Who Wait

The reason bandits have been attacking Ensei Rou is revealed; while acting as temporary governor of Brown province, Ensei angered the local nobility by rejecting corruption and bribes. As he has not passed the official examination required to be a high official, Ensei returns his seal of governorship to Ryuuki. Ryuuki passes a law allowing women to take the official examinations.

this story is better then i thought, its a great love story and it's a lot like fushigi yuugi.

Start a new discussion for Saiunkoku Monogatari anime. Please be fair to others, for the full rules do refer to the Discussion Rules page.