In the far distant future, on a planet that might have been called "earth", there was a war between samurai who mechanized their bodies. After the long war, people enjoyed a modest peace. Facing starvation and abductions at the hands of fearsome mechanized bandits (Nobuseri), the farmers of Kanna Village make the dangerous choice to hire samurai for protection. The village's water priestess, Kirara, her younger sister, Komachi, and a heartbroken villager, Rikichi, set off to hire willing samurai with nothing to offer but rice from their meager harvests. Through dangerous encounters and a bit of luck, seven samurai of varying specialties and experience are gathered for an epic battle against the bandits and the merchants that influence them. Samurai 7 is based loosely upon Kurosawa Akira's famous movie "Seven Samurai"/"Shichinin no Samurai" 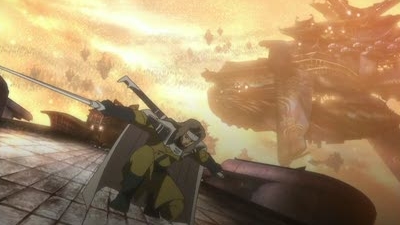 Enter a world where there was a large-scale war between samurai and the Nobuseri or mechanized Samurai bandits. The samurai fought a losing battle and retreated. The war ends with an uneasy peace. Now the Nobuseri plague a small village taking all their food and supplies from time to time. Now, its up to a priestess, Kirara Mikumari, her sister Komachi, and her friend, Rikichi, to find samurai to aid them and fend off the Nobuseri. But, can they find samurai who will help them for free? And how much time do they have before the Nobuseri come again? 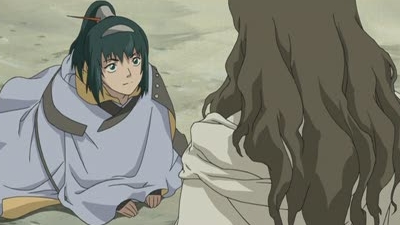 When Ukyo, the son of the lord, kidnaps Kirara it is up to Rikichi and Komachi to save her. They recruit the young, green-haired samurai Katsushiro as well as the tall, mechanized samurai Kikuchiyo. Together, the four set out to save Kirara. But, are these two samurai strong enough to beat Ukyo's bodyguards? 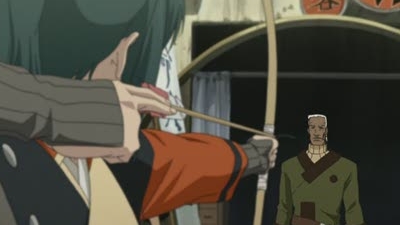 After Kirara is rescued from Ukyo's abduction, Kambei decides to help them, being the first samurai recruited. Meanwhile, Katsushiro and Kikuchiyo start heading back to the base. They come across Gorobei, a street entertainer. He tells Katsushiro that he should play his game of arrows. If Katsushiro wins, then Gorobei will wind up dead. Is Gorobei more than just talk? And what will happen when Ayamaro, Ukyo's father, sends assassins after the samurai? 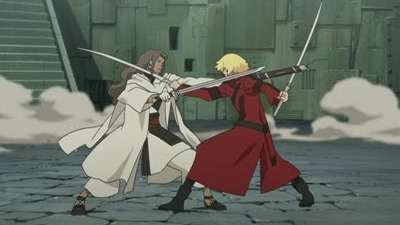 Kambei and Gorobei easily dispatch of the assassins sent by Ayamaro. Angered, Ayamaro sends his two bodyguards, fellow samurai, after them. Will Kambei be able to defeat the two-sword wielding Kyuzo? 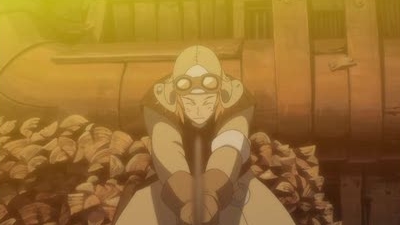 Kirara and the samurai continue looking for more help. After long days of finding no one, they come across a samurai who chops wood. The samurai is very skilled with both the sword and machines, but he has never killed a man. Will he join them? And, can he stand strong in the face of battle? 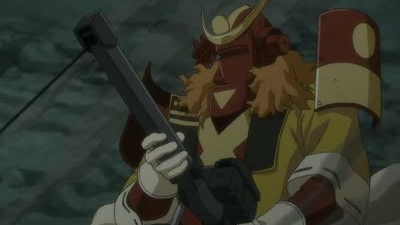 A man who was part of the Imperial Envoy is murdered and the Samurai are being blamed. The emperor wants all the Samurai and their companions captured - dead or alive. Kambei and the others find a way to escape. Can they succeed? And if so, will they be able to without a casualty... 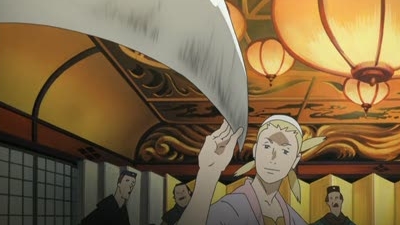 With Ukyo hot on their trail, Kambei and the others visit his old friend, Shichiroji, at an inn in the city of Kougakyo. Shichiroji tells them of a secret passage they can use to escape. Will they be able to loose Ukyo? Will Shichiroji join them or will he stay behind with Yukino? And, what has happened to Kikuchiyo? 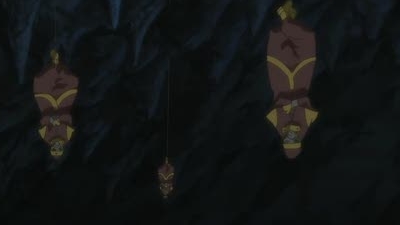 The group rests up in Honoka's, a girl they met who works for the guardians, house. But, when the Nobuseri arrive and the samurai decide to not interfere in their trading with the guardians, Rikichi won't stand idle by. And neither will Kikuchiyo. With Kikuchiyo captured by the Nobuseri, Kambei devises a way to rescue the would-be hero. Unfortunately for the remaining samurai, the Nobuseri have laid an ambush for them... 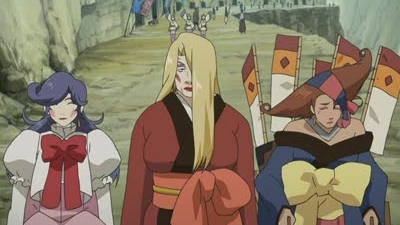 With the Nobuseri on their trail, Kambei splits everyone up into three groups. Each group takes a different route to Kanna Village. He takes Kikuchiyo, Katsushiro, and Komachi, while Gorobei, Heihachi, and Rikichi take another route. Shichiroji, Kyuzo, and Kirara take a third route. But, Kirara still doesn’t fully trust Kyuzo and his intentions...

All I have to say is this , is , amazing. Truthfully I Cried at the end Its A bit weird for a story , but its just perfect . I enjoyed it so much but the animation was not mixing with the sound but later in the show you can get over it so now for over-all look I give it a 4/5 I recommend for anyone but there is some gore so this is how I see it . Cry / Yell "Yes!" / Repeat . Also I Give you that old time Japanese battle feel. So watch Cry And Enjoy :)

I've been putting off this anime for the longest, but boy am I glad I finally got around to watching it. I remember seeing a few episodes on TV when I was a kid, and ever since I've been infatuated with the series, but I never got into it for some reason. Now that I have, let me tell you why you should, too. Let's start with everything the creators did right. The writing was superb. The pacing was steady, the dialogue was clever, and the carefully placed plot twists were on point. I was constantly interested and engaged in the story and its characters. That was another strong point; the characters. Each one was unique, likable, and relatable. When it comes to anime, I usually have a distinct favorite character, or a character type I tend to levitate to. But in <i>Samurai 7, </i>each character had their individual charms, and it was impossible to pick a favorite. I found myself connecting to them, rooting for them, and feeling for them. I was invested in pretty much all of the protagonists. While I'm on the topic of characters, I have to say, as frustrating as they were, the antagonists in this show were written well, too. They were heartlessly cruel, and not the cliche "I'm going to announce to you exactly what I tend to do so you know how to stop me". There were times when the main characters were in such a bind, I wondered how they were going to get out of this one alive. That means the villains were no joke, and I applaud the writers for making them realistic and an actual challenge for the protagonists. As great as the writing was, I had some qualms with the show, as few as they may be. First off was the unnecessary romantic subplots in the show. Without saying too much, there was only one couple I had no problems with, as it did not interfere with the plot, and let's be honest, they were made for each other. Another was the occasional lazy animation, which I won't make too much of a fuss about since it's an old show and the fight scenes were great (which is all that really matters in an action anime). The soundtrack was good, but not enough for it to be memorable. Although, I do love the opening and ending themes. Overall, <i>Samurai 7 </i>was a great show and a roller coaster of emotions, conflict, and action. It's packed with rich storytelling, shocking plot twists, and important life lessons, all unfolding in a simultaneously futuristic and feudal Japan. The show never misses a beat and will surely leave you satisfied with its bittersweet ending.

Start a new discussion for Samurai 7 anime. Please be fair to others, for the full rules do refer to the Discussion Rules page.