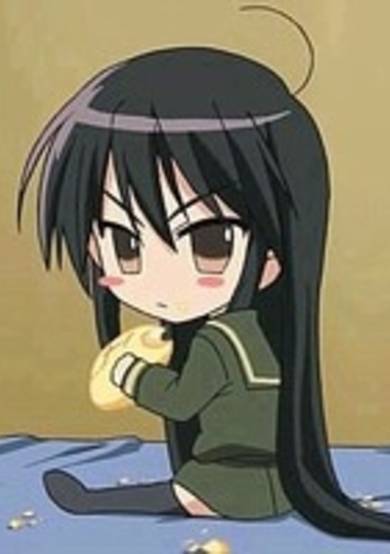 It's apparently some kind of tradition of J.C Staff to make parodies of their work, and Shana-tan is the earliest of those. This includes a couple of scenes from Shakugan no Shana, with Shana being very tiny and with a heavily altered script.While it doesn't make any sense whatsoever, the enjoyment is on top all the way. Some examples of Shana-tan's humor is Tiamat (Wilhelmina's Contractor)'s new lines including "Oddball", "Hail Pork" and "See Wikipedia", Yoshida having several dogs all named Ekaterina and getting them all blown up just to get a chance to stand outside Yuji's balcony and giggling while wobbling her breasts at him. The last scene mentioned actually got me wondering how many times you can repeat a scene without it getting bored - that same scene is repeated 5 times with different dogs named Ekaterina getting blown up every time and Yuji commenting how her dog seems different every time. And I was laughing through all of it.If you've seen Shana, see this - no matter if you enjoyed it or not

Start a new discussion for Shakugan no Shana Specials anime. Please be fair to others, for the full rules do refer to the Discussion Rules page.