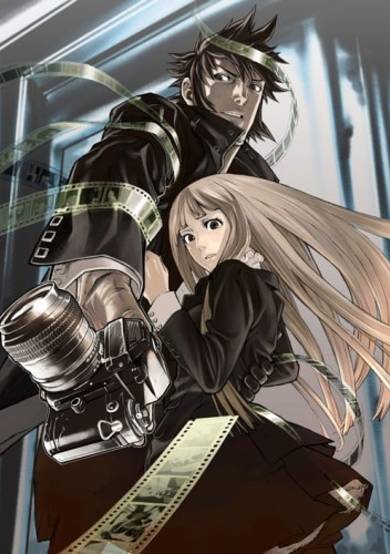 Ten years after the Bubble War, the dichotomy between the rich and the poor in the world becomes more prominent and Japan is no exception. The rich seek to satisfy their desires and derive pleasure for themselves, and Tokyo has materialized into such a city as a result. Saiga, once a war photographer, works for Hibara Ginza in the capitalist state of Tokyo. He infiltrates the Roppongi Club, a secretive base located in the red light district of the city, to collect information about them. However, he was caught in the process and brought forward to a girl called Kagura who was in the midst of a ritual. His contact with Kagura awakens his special ability: the power to make things explode when photographed. In order to unravel the mystery behind the Roppongi Club and Kagura, Saiga begins his solitary battle.
User Count8327
Favorites Count55
Start Date8th Apr 2005
Next ReleaseInvalid date
Popularity Rank1380
Rating Rank3289
Age RatingR
Age Rating GuideMild Nudity
SubtypeTV
Statusfinished 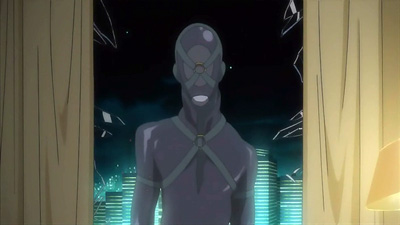 A decade after a global economic collapse, the gap between the rich and the poor has widened even more. Tokyo is a nexus of corruption and decadence where the winners have gathered to spend their fortune. When Saiga, a former war photographer, infiltrates a secret pleasure-club for Tokyo's elite, he will ignite a chain of events that could force the entire ruling class to their knees. 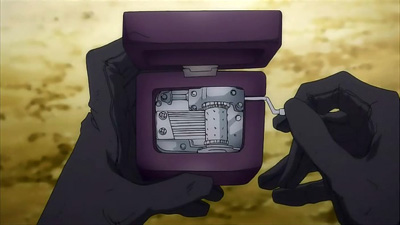 In many ways Kagura is like any other teenage girl. She wears her uniform, goes to school and endures the daily lectures. But she is haunted by nightmares where she participates in darkly twisted rituals in Tokyo's secret catacombs, playing the part of a powerful Divine Goddess. In truth, Kagura is living a double life unbeknownst to her, and her terrifying nightmares are far from imagination. 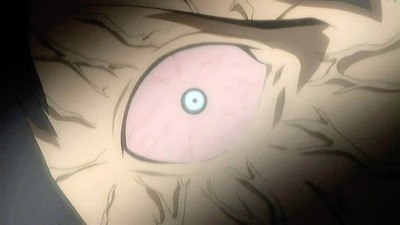 In a depraved ceremony beneath the streets of Tokyo, Saiga has been exposed as an intruder and is at the mercy of the sadistic club members. But a kiss from the young Kagura has awoken a strange power within him. Suddenly able to use his camera as a weapon, can Saiga rescue the unwilling Divine Goddess and get them to the surface alive? 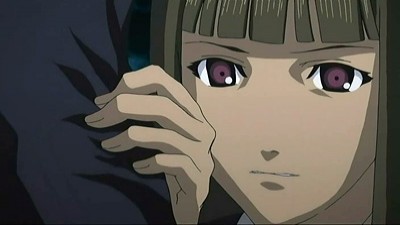 A lethal game of cat and mouse ensues as Suitengu and Saiga hunt each other down, searching for clues and interrogating everyone they meet. When the photographer slips under Suitengu's nose to free Kagura, her captor is not pleased. He sends Shirogane to ensnare Saiga in a deadly dance under the night's sky. 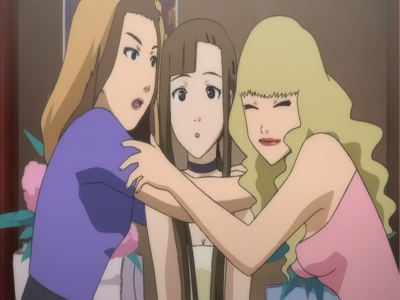 It's a dangerous race across Tokyo as Saiga tries to find a safe place to hide Kagura, settling on a small night club in the seedy entertainment district. Meanwhile, another gifted Euphoric is called to bring Kagura home: Madam Koganei. A high-class woman who fuels her power by swallowing priceless diamonds. 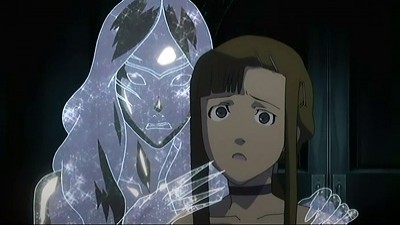 With the ability to turn her body into solid diamond, Madam Koganei seems impervious to Saiga's attacks. Not only is she virtually unbreakable, but the diamond's reflective quality makes it impossible for Saiga's camera to focus. After a high-speed chase through the city the photographer will have to think fast to keep Kagura out of the enemy's hands. 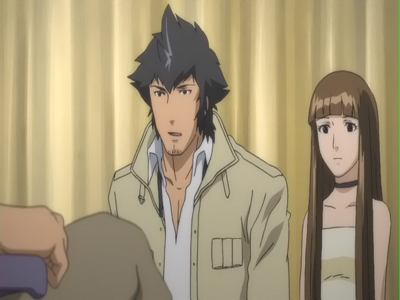 Saiga and Kagura make their way beyond Tokyo's city limits, desperate to leave the dangers of their ordeal behind them. They visit Saiga's old friend, Doctor Ryogoku, hoping he can find a medical explanation for these strange Euphoric powers. And as Saiga gets lost in disturbing memories of war, the doctor makes a startling diagnosis! 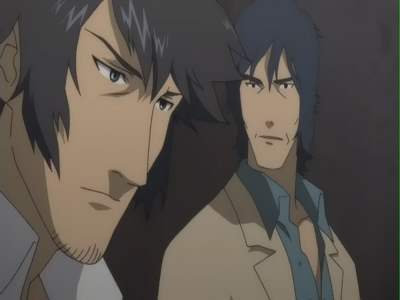 When health fails, everyone is in search of answers... and a cure. As Saiga is left with a most difficult dilemma, an unexpected house call from the demented Dentist is the last thing he needs. The photographer will have to perfect his shooting skills to pass this sadistic drill. 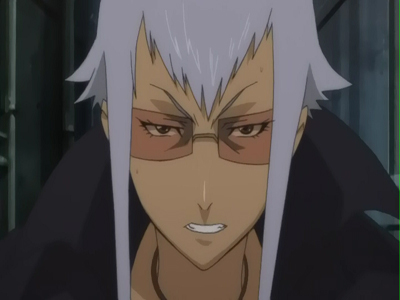 Saiga and Kagura hit the road, with Ginza and Tsujido each tracking them using their own unique talents. Making a detour at a remote spa, Kagura learns some shocking truths about her own origins. But the most startling revelation is a glimpse into the human side of Shinsen. What secrets is the powerful woman hiding, and how will the past play out into their future? 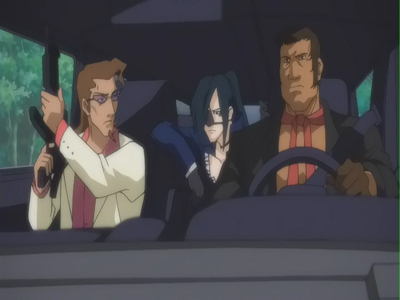 Saiga and Kagura snoop around an abandoned research lab, searching for insight into the Divine Goddess' true nature. But Suitengu knows exactly where they're headed and arrives just in time to unleash his power on the photographer. Back in the city, Ginza makes a shady pact with Kagura's mother and prepares to join the party.

Before we get started I must say that I believe that this show is just a tad underappreciated. It's an anime which I actually managed to get invested in, the story didn't follow all the clichés (which might make it somewhat hard for the casual/new watcher) and managed to surprise me every now and then. Which is something good since I personally have seen way too many shows and I usually end up guessing the entire plot 1/4-2/4 of the show. **Story:** As stated above the overarching storyline is good, the key events all tie up together nicely. There are a few problems with it though, the pacing can be slow and it tends to work with a routine villain of the day. All villains are presented in the same fashion, they do something horrible, they're sent to liquidate the MC etc.  . The themes about hidden desires, freedom, capitalism all make up for memorable quotes and can inspire a watcher (is that a correct word?) to think about reality today. <b>Animation: </b>The aesthetics are nice, it's an older anime which is shown frequently during the series, however I like the artstyle. The only real gripe I have with this is that some of the fights can feel a bit... sluggish. **Sound: **The opening is good although they could have done a better job with it, however the soundtrack which is played during the series is simply marvelous. I feel like it really catches the series as a whole. On a side note, this shows's music box theme is one of the two anime soundtracks (the other being Tokyo Ghoul's glassy sky) which can send shivers down my spine. The ending themes are both good as well although I prefer the first one. **Character: **First off, all of the main characters are all beautifully fleshed out, we see them evelop nicely through the series and they are all flawed in one way or the other. Other than that this show has got one of the most interesting characters which **(\*MAYBE A MINOR SPOILER\*)** *seems to sway between being a villain and a anti-hero, his perspective on reality is an interesting one to follow and he just goes to show how difficult it's to label complex characters who are given a whole lot of depth to them.* <b>(\*SPOILER OVER\*) </b>As I've stated above, most of the villains though aren't given any depth or meaningful backstory, they seem more like a pragmatic solution to add some mild shounen flavor to the series and to just add some action. They are all shown doing a bad thing only to be sent to kill the MC. **Enjoyment: **I quite enjoyed this series mostly because it was a series with a great storyline, frankly I liked being surprised and I liked thinking about the complex matters presented in this show. It definitely offers a tad of a grim outlook of humanity so don't go to look it  for sheer entertainment, you will be forced to think about the themes presented in the show. <b>All in all: </b>I think it's definitely worth the watch if you can look past some of it's relatively big flaws.

Start a new discussion for Speed Grapher anime. Please be fair to others, for the full rules do refer to the Discussion Rules page.