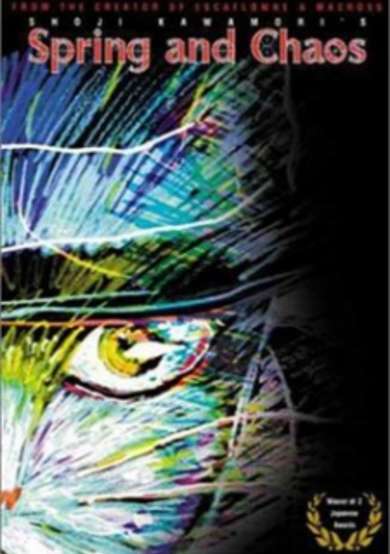 A unique biographical sketch of the life of the great modern Japanese poet Kenji Miyazawa, Spring and Chaos is a highly stylized and intense film that draws on Miyazawa's writing techniques to tell his life story. Miyazawa often used animals as the main characters in his stories and poems, and it is this technique that allows director Shoji Kawamori to recreate Miyazawa's fanciful land of Ihatov and use it as the backdrop for Miyazawa's life. Beautiful and affecting, Spring and Chaos is a fitting tribute to one of Japan's greatest writers. (Source: Rotten Tomatoes)

This is the tragic story of one of Japan’s most beloved poets, ‘Kenji Miyazawa’. Born at the end of the 19th Century. Kenji, like many artists, did not receive recognition for his tremendous literary contributions until after his death at the tragically early age of 37. The movie portrays people as cats, a homage to the stories Miyazawa wrote. It doesn’t matter if you don’t know about Kenji Miyazawa, or for the matter of fact anything about Japanese Literature, as director Shoji Kawamori does an admirable job of giving the viewer a sense of who Kenji Miyazawa was by attempting to show the world as he might have seen it, his own perspectives and perceptions. Miyazawa loved the beauty of the world and the science behind it. When something in nature catches his eye, Kenji freezes and intensely writes about what he sees in a notebook while seemingly entranced. At the same time we learn he could be captivated by modern technology as he stares hypnotically at a light bulb as it burns out, Kawamori carefully provides these scenes with the proper stipulations of cinematic artistry. The visuals in conjunction with the narrative are also to be cited. Scenes of starry or cloud-filled skies give way to amazing sequences that explore a sense of something greater in the world and the possibility that Kenji was closer than many of us ever have or ever will be to understanding it. Also, at times the visuals can give way to violent and disturbing images as Kenji wrestles with his inner torment. Spring and Chaos may not be able to turn you into a poetry connoisseur but it will definitely make you lean from the window and view the world a bit differently. All said, I would recommend people not to look up at Kenji Miyazawa’s biography as of yet before watching this piece, for what I felt that this movie is more entrancing if one is oblivious about the author.

Start a new discussion for Ihatov Gensou: Kenji no Haru anime. Please be fair to others, for the full rules do refer to the Discussion Rules page.