Seina Yamada is unlucky... so unlucky that when he stumbles upon a recruiter looking for his senpai Tenchi he gets taken instead. Forced into the Galaxy Police, his luck begins to change. A natural to randomly jumping near pirates, he is assigned his own decoy to draw out pirates. His luck brings him into the lives of four women who have a habit of cancelling out his bad luck, turning it into good. Armed with this luck, they pilot the most powerful ships in the Tenchi Universe to defeat the Da Ruma pirates. Now the only uncertainty is whether the sexy Amane Kaunaq, a former model turned into a GP detective, sturdy Kiriko Masaki, who has known Seina for years, the mysterious Ryoko Balta, a former pirate named after the legendary one, or the child-like Neju Na Melmas, a powerful 2000 year-old priestess, will win Seina. (Source: ANN, edited) 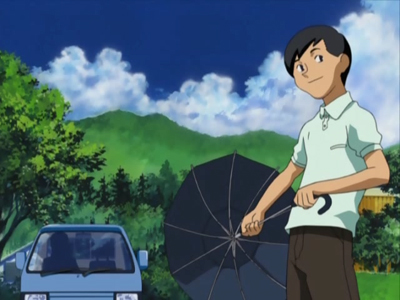 Seina Yamada is not unlike most teenagers. But Seina suffers from a terrible misfortune. He happens to have the worst luck of anyone on Earth! When he rides his bike, it falls apart. When he hurries downstairs, he ends up in a crumbled heap. However, when a space craft nearly crash lands right on top of him, Seina's luck takes a turn for the betterâ€¦or does it? 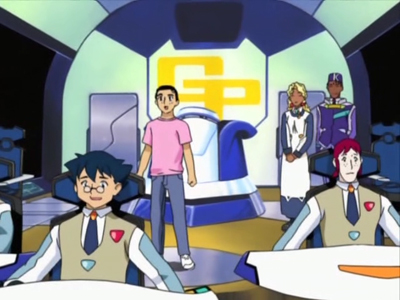 With Earth a mere flicker in his transport ship's rear view mirror, Seina Yamada finds himself speeding towards the acclaimed GP Academy millions of light years from home. But the safety of a calm space flight is interrupted by the arrival of a prate armada intent on taking the peaceful vessel down! Seina knows his bad luck has plenty to do with the invasion. Things only appear to get worse as the feared Devil Princess arrives on the scene! 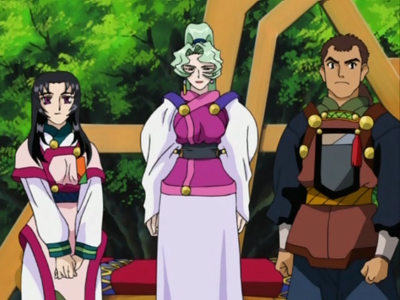 The Devil Princess of Jurai

Seina Yamada and his fellow crewmates find themselves guests aboard Lady Seto's starship, Mikagami. Seina learns that before he can join the GP, he must convince Seto of his worthiness or be mind-wiped and sent back to Earth. Meanwhile, the beautiful pirate, Ryoko Balta, plots to bring Siena over to her side.

Seina arrives at the GP Academy where he is reunited with a long lost friend. Not everyone is happy to see him as the malicious Seiryo Tennan lashes out at the young Earthling. Seina finds himself two new companions in the form of Roommates, but Seina fears his bad luck will ruin their relationship. 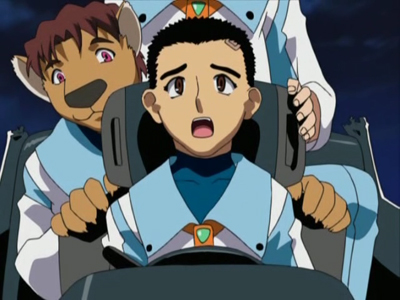 Seina, Kenneth and Rajau sneak out of the dorms after curfew in the hopes of finding some action. They get more then they bargained for when Amane shows up and offers them an adventure beyond imagination. The situation turns serious when the boys discover Amane isn't herself. Day One of training at the Galactic Academy finds Seina Yamada unable to keep up, literally! Without the benefit of a body enhancement procedure, Seina faces the possibility of failing P.E. However, his instructor hopes to see to it that failure is Seina's only option. Yamada also faces a difficult decision when he learns that undergoing the enhancement operation may handicap him from ever being able to set foot on Earth. 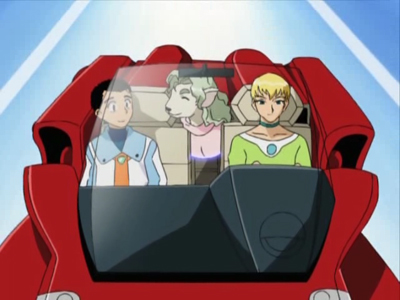 Seina returns from his body enhancement to find Amane waiting to take him back to her house for some much needed training and rehabilitation. But Amane's not the only roommate at the house. Kiriko and Erma also move in to create an interesting living situation, to say the least. Seina somehow ends up on the wrong end of an extremely angry, knife-wielding, GP director, but things work themselves out, as things do, and he's able to begin his training to get comfortable in his new body. 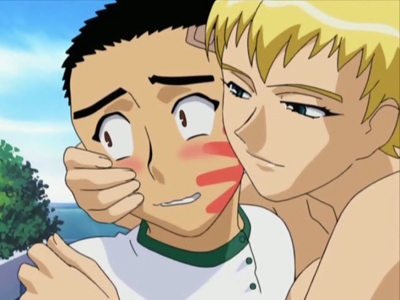 The second day of training begins with a serious attempt to clean up the house. But of course, distractions arise that keep Seina from doing his work. And Amane's parents drop by for a surprise visit that makes the situation even messier. Will Amane be able to stand up to her parents or will she be forced to return home with them, leave Seina, and turn over the responsibility of his training to someone else? 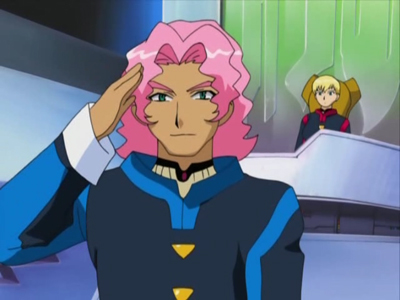 Having completed his first stage of body enhancement, Seina embarks on his first training mission in space. But the routine voyage goes awry when pirtaes attack! With a damaged ships, marauding pirates afoot, the alluring but deadly pirate queen Kyo Komachi aboard, and a power mad Seiryo on his heels, Seina gets some on-the-job training he never expected. 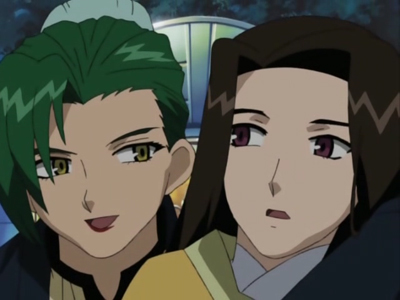 Seina Yamada turns his chronic bad luck into a powerful crime-fighting tool as he joins the peacekeeping galaxy police in a hunt for the ruthless space pirates. As he embarks on his maiden voyage, Cadet Yamada unwittingly ensnares a massive pirate ship captained by Tarant Shank, a blood-thirsty madman gunning for Seina with a vengeance.

As a long time fan of the tenchi franchise, I came into this with ridiculously low expectations, which were erased in due time. The worry came from recently having finished tokyo and the 3rd ova, which bith left me kind of disappointed. So I started this on a whim and was relieved with what I got. STORY This is easily not a strong point for this show, or harems in general. If you have seen a tenchi series before you know exactly how this goes. Our main character (who is not tenchi this time) is Yamada Seina, a boy who is miserably unlucky. He joins the Galaxy Police as a decoy unit, though not truly his choice, and in this meets a number of people, mostly women who all seem to have a thing for him. Sound familiar? damn right it does. Still it does carry the tenchi atmosphere that i really enjoyed, which is what helped make the franchise stand out for me. Im glad they managed to keep this feel even with a bunch of new characters thrown in alongside leftovers from the 3rd OVA. But yeah, this plot really has no developement. ANIMATION The tenchi atmosphere is present as I stated and the animation is decent, on top of the nice looking locations in space that are visited in the series. It is not award winning but it looks decent. Also keep in mind theres lots of typical harem comedy so look forward to boobs, falling, and carefully placed objects blocking indecent locations SOUND The soundtrack of the series to me has a lot more of a comical sense than previous tenchi works. It works in some scenarios and it manages to have just an average soundtrack outside of that. It works fine since this tenchi series is more comedy than anything. CHARACTER At this point I am certain you are probably thinking "The heck this is just another garbage harem with tenchi slapped on it" and while it seems that way you shouldnt get the impression. Especially in the character department because like other tenchi works this one has a borad variety of characters each with different types of personalities and ways of conveying their desire for Seina. The characters share alot with previous tenchi heroines, but are still memorable on their own. ENJOYMENT I enjoyed this show a bit. It felt like a tenchi series which frankly was a fresh breathe of air for me as a fan of tenchi. It has its simple and funny moments and that, along with its interesting atmosphere for a harem, is what kept me watching. Its not nearly as memorable as other Tenchis, particularly the excellent first two ovas, but it felt fun. OVERALL This show its self is a little more of the same thing, but it is nice if you are a fan of tenchi. Aside from that it is just a fairly average harem comedy with little to no plot going for it. You watch this pretty much for comedy, the universe of the tenchi atmosphere, and thats about it.

Tenchi muyo GXP is a very underrated story in the Tenchi franchise. I came into this series with eureka 7 Ao levels of expectation, but what I got instead was a hidden gem or a diamond in the rough with this series and I highly recommend this to anyone who loves Tenchi. Now if only funimation can make this into a blue-ray as well as OVA 3 then I'd be happy.

Start a new discussion for Tenchi Muyou! GXP anime. Please be fair to others, for the full rules do refer to the Discussion Rules page.