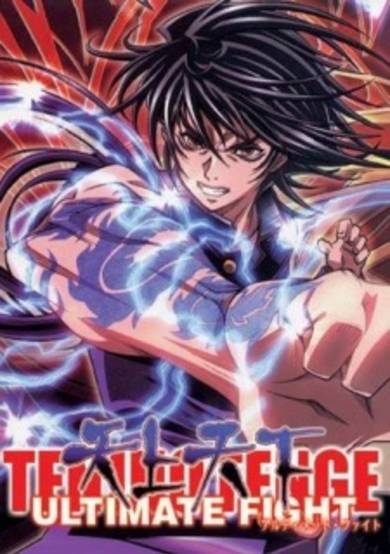 Continues from where the original series left off. The characters try to settle their conflicts with each other in this 2 episode OAV. Aya confronts her sister Maya about Nagi, while Nagi receives a challenge from Mitsuomi to fight to the death. Meanwhile, Bob trains as hard as he can for the tournament. (Source: ANN)
User Count3126
Favorites Count9
Start Date16th Mar 2005
Next ReleaseInvalid date
Popularity Rank2744
Rating Rank4952
Age RatingR
Age Rating Guide17+ (violence & profanity)
SubtypeOVA
Statusfinished

Souichiro Nagi is sent off with Aya Natsume for special training for the tournament. He is surprised to see his mother Makiko Nagi as well as Dougen Takayanagi there. Annoyed, Souichiro decides to leave, taking Aya with him. On his way home, Souichiro thinks he could take on Aya any day, but Aya wields her sword right in front of him to prove otherwise, having him realize how weak he really is. Suddenly, they are attacked by several men wearing masks. Meanwhile, Bob Makihara is training with Maya Natsume, dragging her while sprinting with a tire attached to a rope. Souichiro channels his energy and transforms into a stronger self, changing his hair from blonde to black only for a moment. The men are actually under Dougen, who have ties with his family. Makiko tells Souichiro that he is just a fragment of the universe and vice versa. Elsewhere, Bunshichi Tawara tells Mitsuomi Takayanagi to stop holding on to all what happened two years ago. While riding his motorcycle, Mitsuomi later gets into an accident due to a stray cat. Aya scolds Maya for using Souichiro only to fight Mitsuomi for her own benefits, running away in tears.

Mitsuomi, released from the hospital, believes that his time is running out. Bunshichi relays a message to Souichiro that Mitsuomi wants to fight him. Meanwhile, Aya interrupts class and challenges Maya to a fight after school, writing this message on the chalkboard. However, the two girls take the fight outside the classroom. After a long chase around the school, Aya expresses how she is not willing to take losing Souichiro lying down, wanting to become stronger. When the two girls each draw their swords, Bob prevents them from fighting but Souichiro then encourages Aya to do her best and win the match. Later at night, Mitsuomi challenges Souichiro to a match before the preliminaries. Although Maya tries to stop them, Souichiro transforms into his altered state, but he is still not strong enough. Suddenly, Souichiro transforms even further, his body covered in gold. He punches Mitsuomi back against the wall, but before he could give the finishing move, Souichiro stiffens and collapses due to the amount of energy he used. The next day, although Aya knows how much affection Souichiro has for Maya, she strives to become even stronger to prove her love for him.

Start a new discussion for Tenjou Tenge: The Ultimate Fight anime. Please be fair to others, for the full rules do refer to the Discussion Rules page.