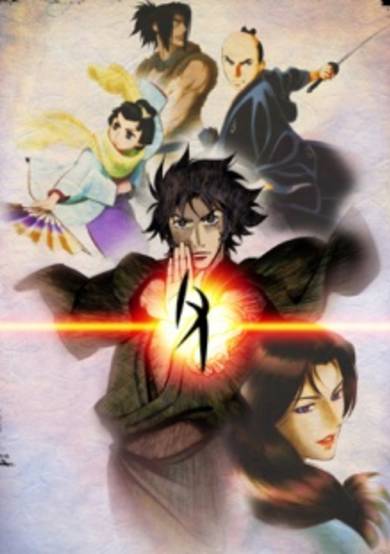 In the year of Tenpo 14, Yoi, monsters from another world attack Edo. Those who fight against them are members of Bansha Aratemesho. In public, Bansha Aratemsho is known as an organization to study foreign books. In fact, they are a organization dedicated to destroying the Yoi. These warriors are called Ayakashi. They gather information of odd events in the country, and are sent to destroy Yoi who appear. They are generally very strange people. For example, a guy who has lost his memory, a girl who dresses like a man. They have special powers with which to beat the Yoi. (Source: AniDB)
User Count1553
Favorites Count0
Start Date7th Oct 2006
Next ReleaseInvalid date
Popularity Rank3953
Rating Rank5840
Age RatingR
Age Rating Guide17+ (violence & profanity)
SubtypeTV
Statusfinished

Torii Yōzō, the South Edo Magistrate, promises to recognize the legitimacy of the Bansha Aratamesho if Ogasawara and the others can recruit a man called Ryūdō Yukiatsu into the organization.

After the Fall of the Mountain God

The Undercurrents of Beautiful Edo

The samurai residential quarters of Edo are under attack by the second Yōi. Meanwhile, Yuki must choose between a life with Ōta and Tae-san or a life as an ayashi.

The Office of Barbarian Knowledge Enforcement is investigating a series of missing persons around the circus area in Yotsuya. The South Edo Magistrate are also pursuing the same case.

The Tale of a Murder

The serpent Yōi runs wild in Edo. Torii plans to use Atl as human sacrifice to appease the Yōi.

The Dragon is Within the Cloud

Start a new discussion for Tenpou Ibun: Ayakashi Ayashi anime. Please be fair to others, for the full rules do refer to the Discussion Rules page.