Cult-favorite Yoshitoshi ABe tempts us to witness man's downward spiral in a future overrun by violence, greed, and depravity. After Ichise loses an arm and leg, he's equipped with experimental robotic limbs against his will. When an army of men transformed into terrifying machines invades his city, Ichise rages against humanity's demise—but can his actions actually be the catalyst? (Source: Funimation) 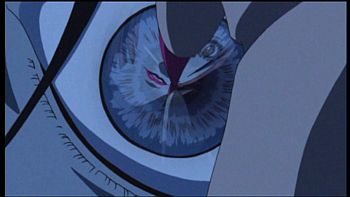 Ichise is currently living his life as a fighter in an underground fighting ring. He is incredibly strong and is rewarded for his efforts with a nice whore. She goes kind of crazy and he throws her off during their 'love making'. As a result, her 'employer', Aida, calls up a member of Organ, Isshii, to punish Ichise. Isshii cuts off Ichise's right arm. At the same time, we see our first sighting of Yoshii, a member of the Class who has come down to Lux for reasons unknown at this point. When he gets to the bottom of the stairs that connect the two worlds, he meets Ran, a girl from the nearby village of Gabe, which is situated on the outskits of Lux. Ran leads him to the Elder of Gabe where they are soon accosted by a couple members of the Alliance. Yoshii protects Ran and the Elder and fights them off. We are also introduced to Oonishi, the leader of Organ. 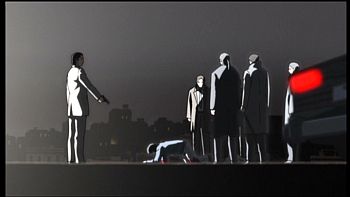 Things just aren't going Ichise's way. In an attempt at blind rage, he gets his left leg cut off by Isshii (in addition to his right arm in the first episode). Oonishi sees his men at the warehouse and scolds Aida for not coming to him first. He then tells Ichise that he won't kill him because he still has the will to live. After this, Ichise drags himself through the streets with his severed limbs tied to his good leg. He eventually fashions a makeshift crutch, but it doesn't help him that much. Yoshii and the Elder have a little chat. Yoshii says that he didn't come down for any particular reason. The Elder doesn't really know if Yoshii's coming is a good or a bad omen. He has Yoshii take the train to Lux with Ran. On the train, we learn that Ran comes to the city alone often and that she sells flowers at the market there. We also learn from the Elder that she has the ability to see into the near future. Oonishi realizes that his men are getting restless because of the assassination 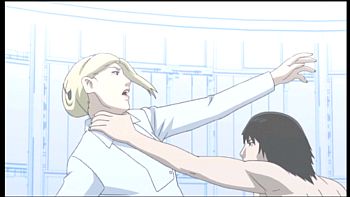 We see some flashbacks of Ichise's childhood. His father was tortured and hanged for some crime he committed. A short time later, his mother became very ill and died. He received a vial from the hospital that contained some of her cells and he had kept it with him since. He wakes up in Doc's Lab and he freaks out that he doesn't have the vial. She tells him that she used the contents as part of a new Texhnolyze Unit that will become his new arm and leg. He freaks out, but she knocks him unconscious. Some men from the Alliance attempt to assassinate Oonishi, but fail miserably. We learn that Kimata, the Alliance's leader, is Texhnolyzed, which is strictly against their ideals. We also see Oonishi's wife, Mana, for the first time. She is very unresponsive and almost seems to be off in her 'own world'. 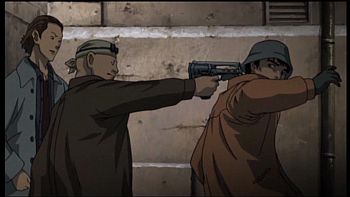 Yoshii explains the politics behind Lux: At one time it was ruled by the Elder of Gabe, but in recent times the power has switched to Organ because of their military strength and efficient organization. He says that the people of Lux have lost their 'natural healing process' in their bodies. He also says that the Class built their own world to live in isolation from the people of Lux. Doc explains all about the Texhnolyze process. Basically, is connects to the body's nervous system and transmits its own 'neural information' to the brain (hence why people with Texhnolyze have crazy vision). She also explains that the reason it all works is because of Lafia, which is mined in the Mine. Lafia basically relaxes the body's instinct to reject organs that are alien to the body and allows Texhnolyze to sync with the body. 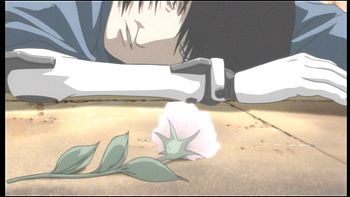 Ichise continues to struggle to adapt to his new Texhnolozyed body, what horrors lay a head. Yoshi, a mysterious visitor from the surface is gathering information concerning the gangs of Lukuss, what are his plans? 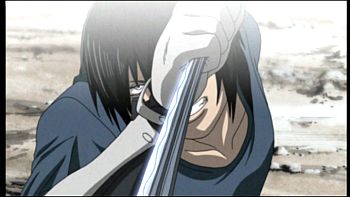 Ichise finally confronts the man responsible for severing his limbs. After applying a Repetition of punches, he is retaken by the Organo. 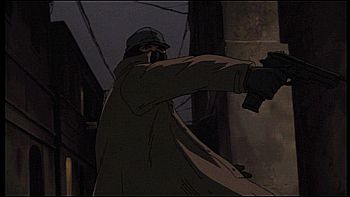 With tension building between the Union and the Organo, will a war between gangs occur? What is Yoshii planning, is he the one responsible for tension between the gangs? Shinji has big plans for Lukuss, where does Ichise fit into his plans? 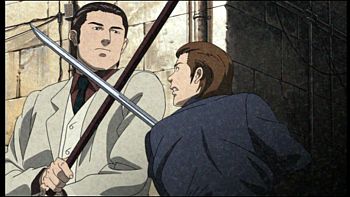 It now appears an all out war between rival gangs is looming, who will survive the conflicts and who will be crushed? 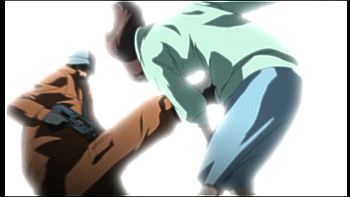 Blood has been spilt on to the streets of Lukuss, all because of the work of Yoshii, what does he hope to gain by all of this bloodshed? Onishi is losing his grip of power to those around him, how much longer can he remain in control. 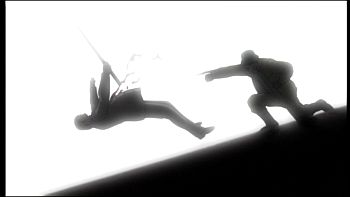 The war for power continues, and Yoshii is helping to keep the hatred between the powers alive and well. A top official of the Organo has come down from the hil, what if anything, will any of the warring factions do about this sudden appearance.

Texhnolyze is a mature series - it isn't mature down to:- sexual content- swearing- masses of gore- taboo subjectsInstead, it's mature simply down to the high psycological element that requires the audience to commit full attention to every factor of what's on screen.This is very diffeent series - an odd, cyberpunk, apocolyptic style, partial conspiracy that still confuses me a tad.Story...This series really is a great example of a psycological mind mess. It leaves a great deal up for discussion an it offers little information.The story pretty much starts at episode one; backstories aren't too importiant and events that occur during the run of the series are the only ones that require explainations. The tone is eerie and the pace is very slow - delibrately, just to ensure the audience gets a full insight into just how bad a situation is, in favour of simply skimming over the uncomfortable and featuring a character re-adapt in no time - these characters are a gloomy as it gets, the detail to their desperate prediciments makes can easily lead a viewer to yearn for answers just as much as the character in question.Story comes before character type within this anime and as stated, the delivery is purposley slow, so this isn't for everyone, some viewers should avoid, some may have to put effort into pushing threw a few early ep's (it picks up as time goes by), whilst others may simply accept and enjoy the pace (it is something rare afterall).Characters...This series features loners; the deeply depressed, the disturbed, mystery workers and mystery travelers - some suffer in silence whilst others are calmly sadistic - basicaly, nobody is extrovert; characters in general don't feel the need to fill a slience, yet they get their points across.It becomes clear that the characters are all fairly complex, possibly the headlining male lead in particular, who appears to be an anti-social loner who you could easily assume to be a selective mute - he's set in his ways, yet he undergo's a journey - his journey in particular is one you must really follow carefull, as; he hardley speaks, he has no friends or family speaking for him, no narration on his thoughs and past and no clear enemy.Art...The scenery in general is eveerything, as in this series, actions speak louder then words (litterally;the characters hardly speak, easy job for the voice actors?) - the scenery is pretty, quite realistic looking and constantly changes - the colour tone witin the series fits in with the mood - anything from dull to misty; generally eerie. The characters are well illustrated; reaslistic looking in comparrassion to most modern animes, where the characters are very 'cute' and animated looking - this looks a little like some of the animes popular in the 90s. Overall...It seems as though this isn't really one of those things you're suppose to sit and 'enjoy' as such (i.e. not entent to get the audience too excited); you're suppose to simply take in what you see and watch what unfolds - it's not loaded with action scenes or clear info'; it's one of those each individual watching may percive differently.Enjoyment...Brilliant, well though out, mature material - much reccomended!Very different; not normally my thing - being into; high energy, fast pace, action tales with quirky characters - this is the polar oposite; a purposely slow pace, moody and suprisingly realistic story I'm not even sure you're suppose to enjoy.

I WANTED TO KILL MYSELF AFTERWARDS. I MEAN THAT IN THE BEST WAY POSSIBLE.

Start a new discussion for Texhnolyze anime. Please be fair to others, for the full rules do refer to the Discussion Rules page.