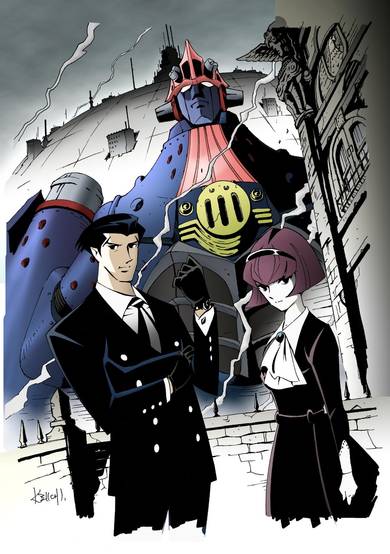 Paradigm City is a place without a past. 40 years ago, something happened that wiped the memories of everyone in it. Unfortunately, the people of Paradigm City were very busy before then, making Megadueses (giant robots) and monsters. People who were born after the memory wipe are gaining/recovering memories of the past and using them to build newer threats. With the help of The Big O (a faithful giant robot), his butler Norman and the android Dorothy, Roger Smith keeps Paradigm City safe. As problems mount and more memories surface, Roger's past and Paradigm's future begin to become suspect...
User Count8274
Favorites Count127
Start Date13th Oct 1999
Next ReleaseInvalid date
Popularity Rank1389
Rating Rank1443
Age RatingPG
Age Rating GuideTeens 13 or older
SubtypeTV
Statusfinished

All The Big O released episodes 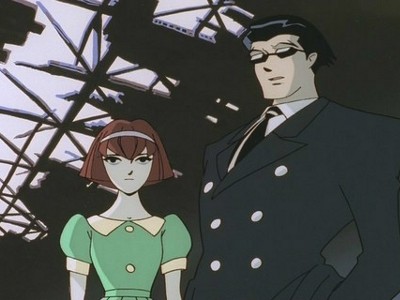 In the pilot episode, Roger Smith is introduced as Paradigm City's top negotiator. As the episode begins, he is delivering the ransom for a girl named Dorothy, who had been kidnapped from her father, a rich industrialist named Saldano. After the exchange, Saldano arrives and reveals that the Dorothy Roger they had obtained was actually an android fake. When Roger realizes Beck isn't playing fair, he activates the briefcase carrying the ransom and it flies out of Beck's car. When Roger arrives home later, the android Dorothy is there and wants protection. Roger turns her down, but when Roger goes out to search Saldano's plant, Dorothy tags along. They discover Saldano on the verge of death and he tells them that he created something deadly, a giant robot called Dorothy One which was the Dorothy that he was ransoming apparently. After Saldano's death, Dorothy and Roger are ambushed by missile wielding criminals and Dorothy's android strength and speed provides the diversion for Roger to summon Big O. 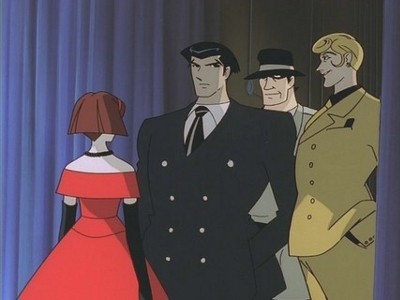 In the previous episode, Major Dastun and Dorothy looked like they were going to be crushed by Dorothy One as it fell. However, when the dust cleared, Dastun was fine and Dorothy had disappeared. Roger took Big O back into the subway to escape Dastun's rage over the destruction of the fight. Then, he began to search for Dorothy. He received a tip about a nightingale in the city, which led him to a club called Nightingale. There Roger found Dorothy along with a man named Waynewright who said he was her grandfather. Dorothy sang in the club after which Beck arrived, shot Waynewright, knocked out Roger and kidnapped Dorothy. When Roger came to, he found that Beck had managed to restart Dorothy One. Roger called up Big O and went to fight Dorothy One again at the Mint. After punching a hole in Dorothy One's face, Roger discovered that Dorothy was being used to bypass the damage from the earlier fight. Roger managed to put down Dorothy One long enough to jump over and pull Dorothy out to safety. 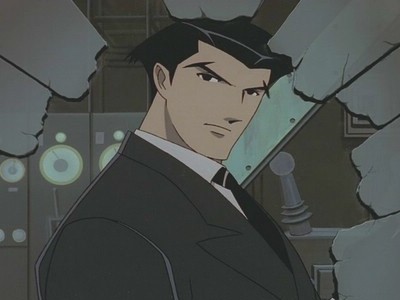 Recently, there's been a number of power outages in Paradigm. Roger is hired by Paradigm Power Management to go to the Electric City and negotiate with the locals the reactivation of the hydroelectric power plant. They say a god lives in the water. 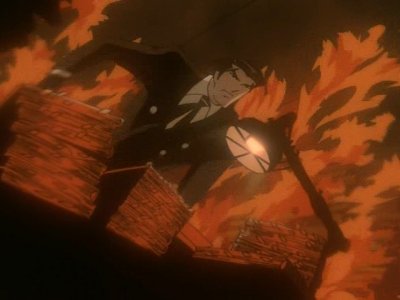 A woman named Patricia Lovejoy (the same woman called Angel in Electric City) approaches Roger Smith about a job with Paradigm. He is supposed to convince a reporter named Michael Seebach to hand over his manuscript, but as it turns out, Seebach had disappeared months earlier. Using his connections with Major Dastun, Roger tracks down an apartment Seebach is renting. There he discovers a typewriter and a large stack of papers, which he begins to read when gasoline pours in under the door and lights. Roger jumps out the window to escape and is confronted by Seebach, now calling himself Schwartzvald and wrapped in bandages. Seebach tells Roger to report to Paradigm that they will never see him in the city again, then disappears. Roger ventures into the subway system, where he is overwhelmed by an incredible sense of fear. When he awakens, Dorothy is with him and they find an large city model, as well as, a pre-Event Megadeus, which Seebach has started. 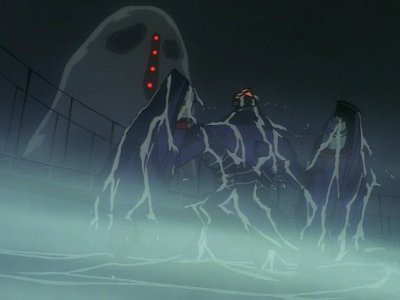 Bring Back My Ghost

A military police vehicle crashes after seeing an apparition while crossing a certain bridge and it is apparently only the latest in a string of such accidents involving high ups in the military police. Roger is retained to work for a billionaire named Melissa Frazier who wants Roger to find her son Bonny. Bonny worked for the military police and was killed during a riot on the haunted bridge a year earlier, after which time the ghost sightings began. His body fell into the water and disappeared. Roger is tipped that Bonny may have been killed because he was going to reveal corruption in the MPs. He goes to track down one of the few remaining conspirators, a Colonel Gaust, but he has been taken to the bridge by Bonny Frazier and pushed into the water. Both Big O and Dastun attempt to attack the apparition, but their attacks appear to go through it, while it's missiles assault Big O from all directions. In a last ditch attempt, Roger tracks the origin of the missiles and shoots the source with Big O's lasers. 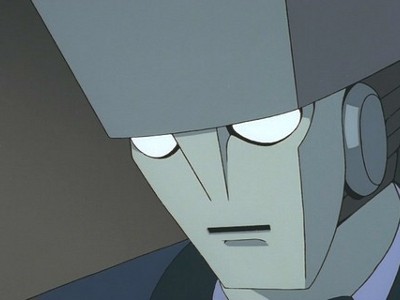 A Legacy of Amadeus

After waking Roger up with her piano playing, Roger decides to take Dorothy to see a friend who can help her learn to add feeling to her playing. His friend is a robot named Instro, who was built by a scientist named Amadeus and thought of Instro as a son. Instro remembers how happy Amadeus was when Instro would play the piano for him. While Instro is giving Dorothy a lesson, a mysterious stranger arrives and reminds Instro that he needs to fulfill his creator's legacy. Roger becomes suspicious and goes to Major Dastun to get some information on the man. It turns out he was a coworker of Amadeus named Giseng and the only survivor when Amadeus died in a mysterious accident at his house, an accident which tore the house in half. Roger goes out to look at the house with Dorothy and they discover that the only thing intact is a single piano. It is then that the earth begins to shake and Roger rushes outside to discover that Instro is piloting a giant robot with sonic weapons. 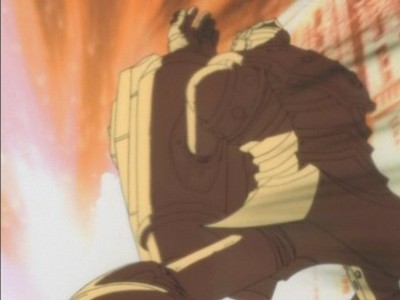 The Call from the Past

Episode begins, Roger and Angel are trapped in a building buried under the sea, one of a string apparently created by the Event. Three days earlier, Roger is trying to negotiate to bring down the price of fish for the people outside the domes. He learns that the reason fish is so expensive is because the fishermen won't go out to fish because they are scared of a sea titan in the water. To check out the claims, Roger finds a man who has built a submersible and tries to hire it, but is told it needs to charge up. While there, he sees the â€˜servants of the sea titan', who are actually divers with masks and flippers, but they run away. When he returns later to use the sub, the owner tells him it has already been rented to a woman. Roger turns to find the woman is Angel, and before she can pull away, he manages to jump into the sub and they go down together. While exploring the city under the sea, they are attacked by the divers who place a bomb on the sub. 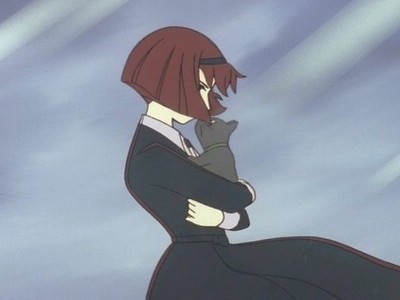 A rich woman is killed and all that is found is some sort of blob in her pool. Dorothy discovers a cat in an alley and brings it home naming it Pero. Pero disturbs Roger's desk and Roger tries to get rid of it, but Dorothy refuses that, telling Roger to negotiate with the owners of Pero when they are found. When the owners come to them, they refuse to negotiate and demand the cat back. Dorothy is about to return it when a plane flies up to the balcony and takes Dorothy and Pero. The male owner identifies the pilot as Eugene before he is shot. Norman shoots at the plane but doesn't stop him. The plane flies away, while the woman begs for the return of her child Roy. Roger goes to Big Ear and is followed by Angel. Big Ear tells him Eugene is a genetic engineer, who killed the rich woman using her dog. Dorothy is taken through Eugene's plant and shown his gallery of horrifying creatures. Roger goes to Eugene's plant and Angel joins him. Angel tells Roger that Eugene was suppose to recreate rare animals for the profit of Paradigm but he double-crossed them. 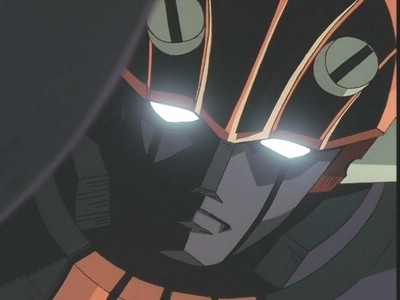 Episode begins with Beck being broken out of prison by a Megadeus. Then, Roger is hired by Mr. Wise, a rich industrialist, to negotiate for the return of his kidnapped son, Francis. After hanging up on the kidnappers, Roger is fired by Wise, only to be rehired when the ransom is paid and his son is not returned. The kidnappers call back, recognize Roger's voice and agree to return the son if Roger brings the ransom. Roger finds Francis at the cabin he was directed to, but the police arrive believing that Roger was the kidnapper. This was a setup by the real kidnapper, Beck, to get revenge on Roger (see Roger The Negotiator and Dorothy Dorothy). Roger escapes and goes back to Wise. Wise reveals that Francis is a bastard, fathered by Wise with a woman he met soon after the Event. The kidnappers know this and blackmailed the industrialist with the information for money and equipment. Tracking the shipments to a warehouse, Roger discovers Beck there. 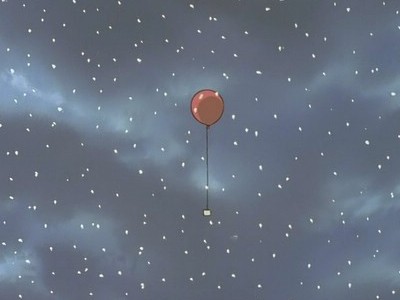 Major Dastun has been having a recurring dream about a woman in white who is shot on a pier with her final words being ""Vous Ãªtes si gentil."" The language has been long forgotten in Paradigm City, but it still seems familiar. At the same time, a toy robot crawls into a packed church and explodes. It is the latest in attacks by terrorists who are targeting retired city officials. A piece of the bomb is found to have the word 'Fin' written on it and when Dastun goes to investigate, he catches a glimpse of the woman in white. Afterward, Dastun goes to a committee meeting of the Paradigm Group and tells them that he thinks the attacks are being committed by someone from outside the city. They dismiss his suggestion. Alex Rosewater, the head of Paradigm, watches this and talking with Angel says he has no problem with the citizens learning there were foreigners in the city. Placed on suspension, Dastun tries to jog his memory of the woman in white, while more bombings occur.

Start a new discussion for The Big O anime. Please be fair to others, for the full rules do refer to the Discussion Rules page.