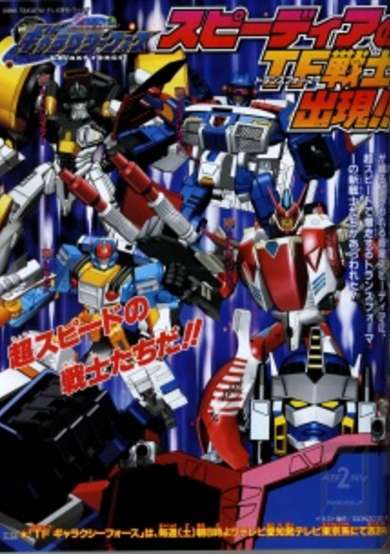 Forced to abandon their home planet of Cybertron due to the threat of the Blackhole, Optimus Prime prepares to lead his autobot warriors to Earth. Just as they are leaving they are confronted by Vector Prime who warns Optimus Prime of the threat to the galaxy if the four Cyber Planet Keys are not gathered in time. However, Megatron has plans of his own for the universe. As they embark on the search, they land on new planets which are inhabited by different Transformer races as well as the Convoys who lead these planets.
User Count469
Favorites Count0
Start Date8th Jan 2005
Next ReleaseInvalid date
Popularity Rank6520
Rating Rank9318
Age RatingPG
Age Rating GuideChildren
SubtypeTV
Statusfinished 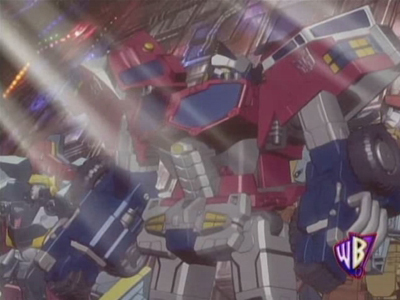 When Cybertron is threatened by a colossal black hole, Optimus Prime and the Autobots give the order to evacuate the planet. However, a mysterious stranger holds one last hope... 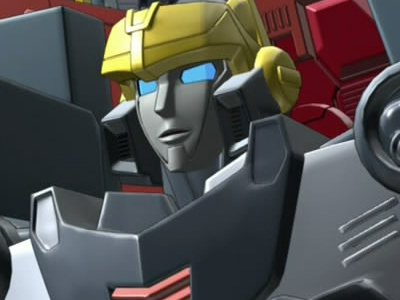 With the help of their human friends, the Autobots construct a new HQ on Earth, but will Megatron discover their secret base before it's finished... The Autobots attempt to blend in by assuming alternate transformation modes suitible for Earth. Meanwhile, the Decepticons enagage human military forces, and the Autobots are forced to intervene. 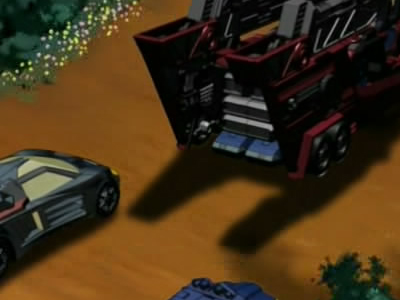 Landmine tries to adjust to life on Earth while recovering from the injury Starscream's null cannons inflicted on him. Meanwhile, the Autobots discover what planet the second cyber planet key is hidden on, and Hot Shot and Red Alert are sent to seek it out. Bud is taken into space so he can see what the Earth is really like, but trouble occurs when he and Scattershot must be saved while the others are fighting against Thundercracker and Starscream. Meanwhile Red Alert and Hot Shot try to remain hidden on the Race Planet while Megatron reveals himself to Override. 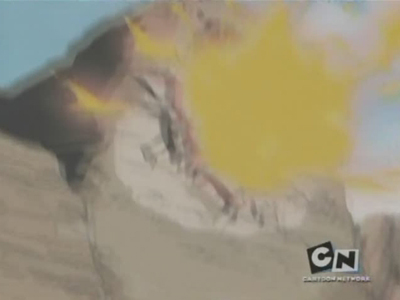 Hotshot and Megatron race against Override in an attempt to win the first cyber planet key. Will either win when Crumplezone and Ransack are interferring? 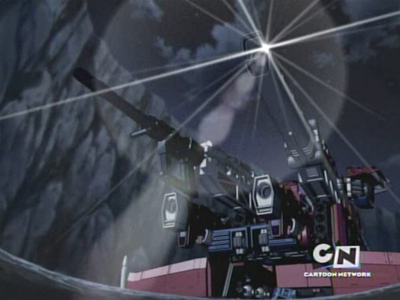 Starscream plots how he can defend his title as Megatron's right-hand man while Thundercracker lures the Autobots into a trap. Meanwhile, Hot Shot tries another attempt to beat Override. 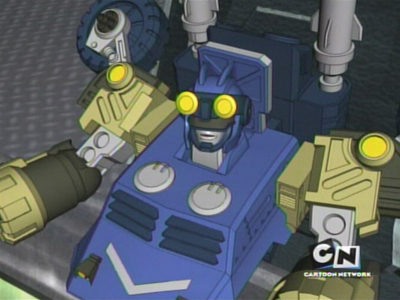 Megatron searches for the Cyber Planet Key with extreme force, while the Autobots try to stop the massive earthquakes that are threatening the city. Red Alert becomes concerned at the desperate measures Hot Shot is taking to beat Override, while Vector Prime and the kids travel to the Sahara in search of the Omega Lock. 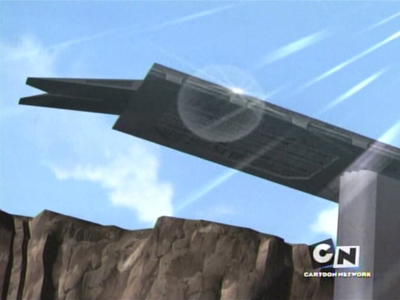 The Autobots join Vector Prime to search for the Omega Lock, while Overhaul is left stranded by a surprise attack by Megatron and Starscream.

Start a new discussion for Transformers Galaxy Force anime. Please be fair to others, for the full rules do refer to the Discussion Rules page.