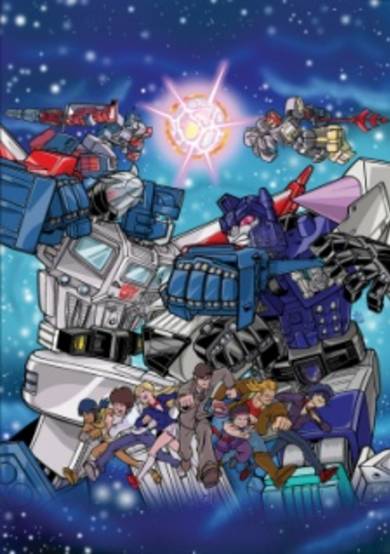 Even though the Decepticons have been driven off Earth, a small team of Autobot Pretenders have remained behind, just in case. Led by Metalhawk ("Hawk" in his human identity), the Pretenders live among the humans, using their Pretender shells to assume human size and appearance. The Autobots' caution is rewarded: Decepticon Pretenders soon appear, led by a mysterious force called Devil Z. The Autobots and Decepticons soon build up their forces, recruiting humans to become Junior Headmasters and Godmasters (Powermasters). (Source: ANN) 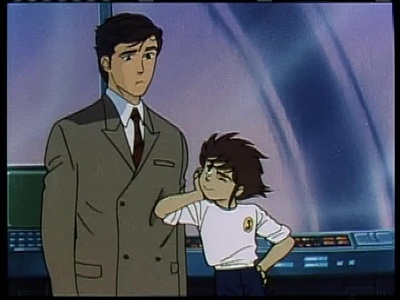 One night, a luxury cruise ship is attacked by two giant monsters, a fish-man and a bat-like creature. These monsters are searching for a man called Hawk, but when they do not find him, they order coelacanth-type monsters to destroy the ship. Watching the 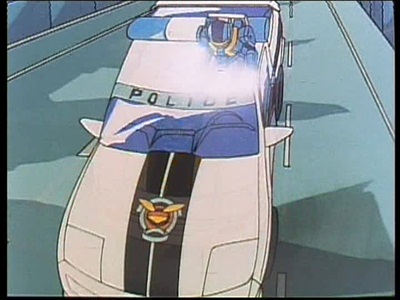 The Destrons start building an army of zombies by stealing corpses from medical universities and imbuing them with evil energy from the Destron leader, Devil Z. The Destrons send the zombies onto a massive crime spree, causing destruction throughout the c 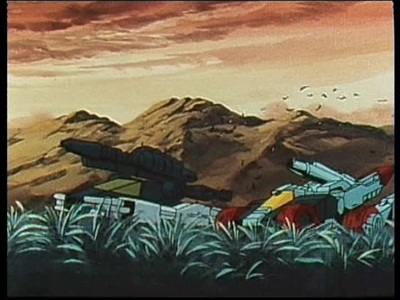 A passenger jet from the Republic of Montparta has a major accident, thanks to the Destron Blood. As Shuta and Cab horse around in Cab's treehouse, the Cybertron Pretenders are stunned to hear about a second accident. They head for Corsica to interrogate Minerva, a young girl among the passengers involved, about the circumstances of her plane's crash. She tells them that the Destrons were indeed involved in the accident. Suddenly, more zombies appear along with the Destron Pretenders, wreaking havoc in Japan, but they are later taken care of by the Pretenders. Hawk and the others decide to board a Montparta-Japan flight to guard Minerva, her parents and a biologist. Suddenly, the clouds turn dangerous and Hawk and Phoenix face off against Blood outside, while Cab, Shuta and Minerva have to deal with a zombie stewardess on the inside. They manage to defeat their respective opponents and the plane arrives safely. 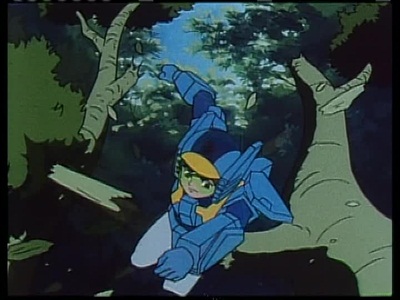 Birth of the Headmaster Jrs

The Cybertron Pretenders celebrate the completion of their new underground base at the foot of Mount Fuji. Shuta and Cab talk about wanting to be Pretenders or Transformers, just like Hawk. To celebrate the completion of the base, Hawk gives Shuta, Cab, and Minerva each a pair of special rings called Master Bracelets. He teaches them how to use these bracelets, telling them to yell out, ""Master force."" Saying this caused an exo-suit to form around them, giving them incredible superhuman powers. Hawk then showed the trio their new transtectors (Transformer bodies) and so were born the Headmaster Jrs. (Shuta = Siren, Cab = Hosehead, Minerva = Nightbeat). Hawk then went into the history of the Headmasters, bringing up the example of Chromedome who spoke to the new Jrs. Having heard Wilder (Fangry) voice his desire for power, the Destrons decide to take advantage of his ambitions to try to win him and his little gang of thugs -- Cancer and Bullhorn (Squeezeplay and Horribull) -- over to th 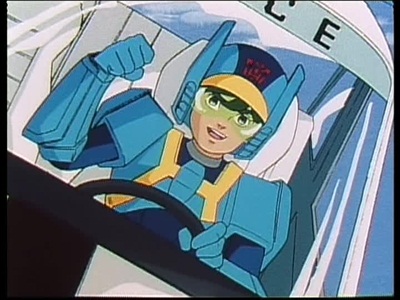 Rage!! Little Devils with No Need for Rules

Wilder and the other Destron Headmasters Jrs, looking to increase their circle of friends, start chumming up to some local biker gang members. Meanwhile, the Cybertron Headmasters work on simulations to improve their control over the transtectors and their teamwork, learning valuable lessons. The Destron Headmasters use force to convince the bikers to join them, trashing a city just to impress them. Hearing about the attack on the news, Siren and Cab head out to stop the Destrons by themselves, while Minerva stays behind until she sees a child being harmed. Minerva and Cab manage to rescue the child as Shuta takes on the Destron Headmasters. Cab then joins the fray, but he is overwhelmed by the Destrons, as Shuta battles the Seacons. Minerva, after seeing Fangry kick the child's dog and seeing her throw rocks back in retaliation, recalls one of her lessons and heads into battle, driving the Destrons away. 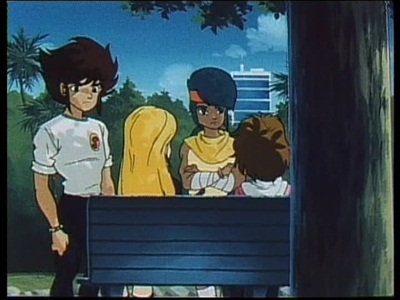 Go, Goshooter - Showdown in the Wasteland

Chris, one of the bikers, starts having doubts about Wilder's one-track displays of power and says he wants out, so Wilder takes him away and holds him prisoner in their hideout. Chris' little sister Mary sees her brother being forced into a car and tells the Cybertron Headmaster Jrs. They pledge to rescue Chris from the Destron, heading for the Destron hideout, where Wilder berates Chris for wanting to leave, telling him that with the Destrons, they get power and importance. Wilder then beats up on Chris as a lesson to the other bikers never to think about leaving. The Destrons take out their transtectors as the Cybertron Headmaster Jrs. regroup to strategize. Shuta takes on the Destrons as Cab attempts to free Chris, leaving Minerva with Mary. They switch partners - Shuta battling Wilder and Cancer, Cab taking on Bullhorn as Minerva heads to free Chris. Suddenly, Mary is captured by Cancer, leaving the Cybertrons helpless to attack. Chris suddenly revives though and crashes a motorcy 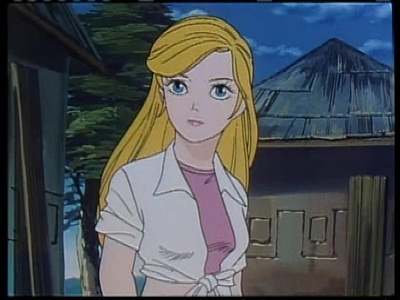 An African safari guide spots a wild herd of animals stampeding into villages, completely destroying them. Reports reach the Cybertrons and Hawk calls in the Headmaster Jrs. to head off to investigate. Back at the Destron base, they hear word that the Cybertrons are on their way and plan a nice surprise for them. The Cybertrons look across the continent, trying to determine why the animals have been stampeding. They soon discover that the Destrons are stampeding the animals in an attempt to drive all the humans out of Africa, planning to settle in afterwards and use the continent as a base for advancing toward world domination. The Headmasters go with the safari guide back to his hut, where he tells them the story of how he found a little fawn. Suddenly, the Pretenders come under attack from the Seacons, before the Destron Pretenders show up, with another armada of Seacons. While the Pretenders deal with the second wave, Blood puts a herd of elephants under his spell, starting another 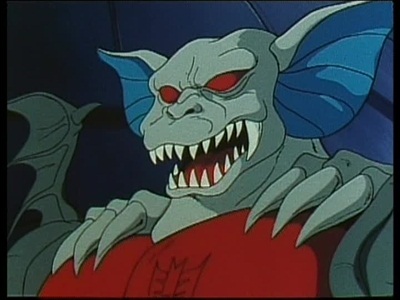 Shuta and his friends are all ready for the next day's hang-gliding contest, having trained hard for it. But things have been too quiet lately and Hawk is uneasy about the Destrons' lack of activity. During this period, the Destrons have been hard at work at their new underground base. The Destron Headmasters get their first peek at their new long-awaited secret weapon, a new type of super-soldier called a Godmaster. The Pretenders battle with the Godmasters until the fight is halted by the appearance of Giga and Mega. They introduce the brother team of Buster and Hydra, and their transtectors, a pair of jets, who can transform into robots or into a superjet. The day of the contest arrives and Hawk's worst fears are confirmed as the Destrons attack with the Dreadwing duo, the Pretenders and Headmasters. As Minerva cares for an injured person, Hawk and company dispatch the Destron Pretenders and Headmasters until the Godmasters show up. 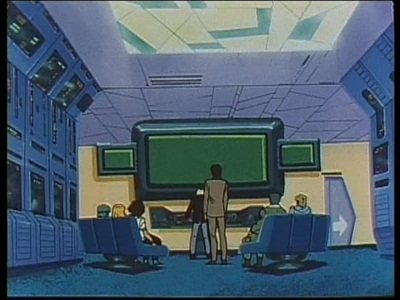 A Fierce Battle!! The Autobots Are in Trouble

With their fighting strength heavily augmented by the Godmasters, Giga and the Destrons order the destruction of the primary energy source for all of southeast Asia, the world's largest tidal-powered electric plant on Bintan Island. Hawk and the other Cybertrons try to figure out how to stop the Destrons with their new Godmasters. The Headmaster Jrs. are a little glum after the meeting but manage to cheer up. Buster and Hydra head toward the electrical plant as Giga ponders creating transtectors for himself and Mega. The Cybertron Pretenders hear about Buster and Hydra and set out to try to stop them with the Headmaster Jrs. After arriving, Lander, Diver and Phoenix find themselves fighting a losing battle against the Destron Pretenders and the robot forms of Buster and Hydra, until Metalhawk and the Jrs. arrive. Metalhawk and Shuta manage to drive off the Destron Pretenders as Cab puts out the fires and Minerva cares for the injured, but they take some damage from the Godmasters, unti 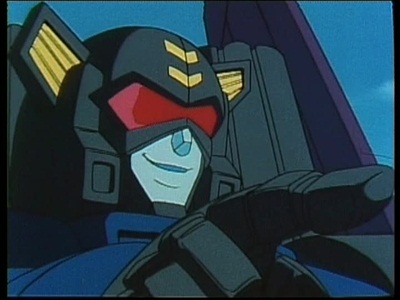 A Hero Is Chosen - His Name Is Ginrai

Diver meets up with a rough truck driver named Ginrai, whose truck is currently undergoing repairs. He looks to rent another truck, finding an odd-looking 18-wheeler that no one has rented because being inside it caused the driver to experience strange phenomena. Ginrai finishes delivering a cargo to Diver, while Buster and Hydra check out a canyon. Diver believes that the truck has to be a Godmaster, especially after noticing Ginrai's bracelets. He tries to enlist Ginrai to join the Cybertron cause, when suddenly the truck goes out of control, a bump which had been caused earlier miraculously fixing itself. They go over the side of a cliff, the cab crashing to the ground and the trailer ending on top of it. Lander manages to escape before the crash, but Ginrai is still inside. Suddenly, Buster and Hydra, who are in the area, notice Lander and attack him as he is trying to free Ginrai. Meanwhile, inside the cab, Ginrai is trying to free himself from being trapped, and doesn't know what

Start a new discussion for Transformers: Choujin Master Force anime. Please be fair to others, for the full rules do refer to the Discussion Rules page.