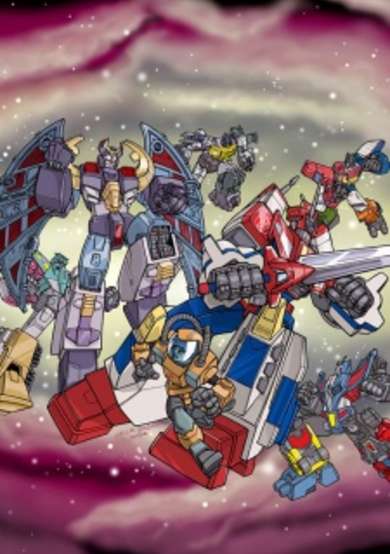 Set in 2025 A.D., Transformers Victory introduces Star Saber, the mightiest Autobot warrior and the greatest swordsman in the galaxy. Following the defeat of the Decepticons on Earth in the Masterforce War, the villains have begun aggressively attacking other planets in the universe. To counter this threat, the Autobots joined with many other civilizations and lifeforms (including Humanity) to form the Galactic Peace Alliance, with Star Saber as its leader. Seeking the energy necessary to free his massive Planet-Destroying Fortress from imprisonment in the Dark Nebula where Star Saber sealed it years ago, the Decepticons' new Emperor of Destruction, Deathsaurus (Dezarus), attacks Earth with his Dinoforce, prompting Star Saber and his team to set up residence on the planet. (Source: TFwiki)

Star Saber, Hero of the Universe

The year is 2025 AD. Since escaping from Earth, the Destrons have continued their invasion of planets all over the universe in search of a new base. To defend against them, the Cybertrons have joined forces with the people of Earth, forming the Space Defense Force, led by their mightiest warrior, Star Saber. One day, Wingwaver reports to Star Saber that the Destron Dinoforce have attacked the Moon, heading toward Earth. The Brainmasters -- Blacker, Laster and Braver -- move to investigate reports of Destron activity and face off against the Dinoforce on the Moon. Star Saber heads toward the Moon as well, then encounters a strange energy in space which turns out to be the Destron commander, Deszaras. The other Multiforce members -- Dashtacker and Machtackle -- arrive to remove the people from the Moon station as Star Saber defeats the Dinoforce before he and Deszaras do battle on the Moon. 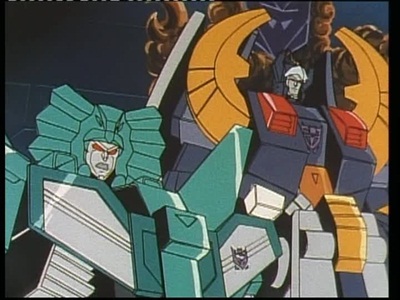 Deszaras orders his second-in-command, Leozak, to strike down anyone who tries to interfere with the Destrons' plans to steal Earth's energy. Leozak then orders the Dinoforce leader, Goryu, to take the others and destroy Galaxy Shuttle at the Cybertron base. Goryu comically rouses the other Dinoforce members and they head toward Earth, encountering Wingwaver, who is on patrol, on the way. The Brainmasters then head out to aid Wingwaver in his battle against the Dinoforce and begin to overwhelm their opponents. As a result, the Dinoforce merge into the giant Dinoking (recolored Monstructor). The Pretender shells of the Dinoforce has invaded the Cybertron's base as Dinoking thrashes the Brainmasters, forcing Star Saber to head into space to save his men. Star Saber drives off Dinoking as Galaxy Shuttle sends the Pretender dinosaurs flying. 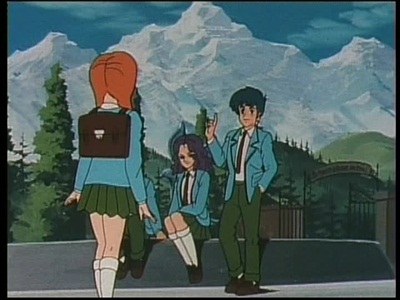 The Destrons have set up their base underwater inside their spaceship, Thunder Arrow. Meanwhile, Jan, who has had some painful adventures while playing with the Cybertron, begins school on Earth with children his own age with much fanfare from Star Saber and Holi. They go into a flashback about how Jan was the sole survivor of a research ship attacked and destroyed by the Dinoforce. Leozak and the other Dinoforce, in an attempt to corner Star Saber, end up somehow at Jan's new school. The other Brainmasters arrive and the Dinoforce merge into Dinoking. In response though, the three Brainmasters merge themselves into Roadcaesar and manage to defeat Dinoking while Star Saber sends Leozak running. Jan earns the other children's respect and friendship for his heroism in the fight. 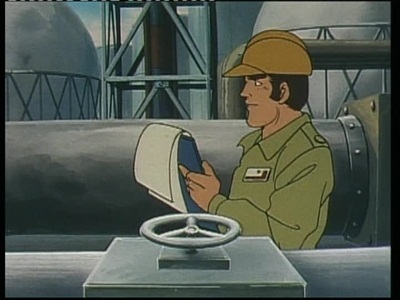 The latest Breastforce warriors -- Jargua, Drillhorn and Killbison -- along with Leozak and the Dinoforce make plans to attack an energy complex. Meanwhile, Jan gets a physics lesson from the Multiforce about fulcrums. Suddenly, at the plant, the Destrons strike from the air and the sea with the Dinoforce while the Breastforce members hide in the sand in ambush. The Multiforce spot the destruction from afar and battle the Dinoforce on even terms until they form Dinoking. Jan informs the other Cybertrons that there's danger and Star Saber and the Brainmasters head out to investigate. Just as things look bad, the Multiforce merge to form Landcross to do battle with Dinoking. Star Saber shows up to help Landcross take on Dinoking while the Brainmasters battle Killbison and Jargua, driving away the Destrons. The rest of the Micromaster Rescue Squad members -- Fire, Pibo and Boater -- arrive at Countdown to begin their first assignment on Earth. Meanwhile, Leozak sends the Dinoforce members toward a specially-built floating sea platform where Jan's female friend is. Star Saber hears of the attack and goes along with the Brainmasters and the Rescue Squad to save the humans there. While the Brainmasters lead the dinosaurs away from the people and the Rescue Force start evacuating the survivors, Star Saber does battle with Leozak. He manages to defeat the Destron second-in-command, then watches Roadcaesar defeat Dinoking. 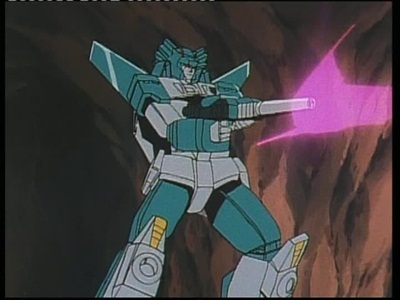 Invasion of the Uranium Mine

In the wilderness of Africa, the Destrons ponder their next move -- finding the beta-uranium that is currently being mined and using it to increase their fighting strength. Leozak, Drillhorn, Killbison and Jargua lead the attack against the mining operation with the Dinoforce not far behind. They take the miners as hostages but not before one of them transmits an S.O.S. to the Cybertrons. Laster, Blacker and Wingwaver use a drilling gun to bore their way toward the suffocating hostages, but cannot seem to blast their way through a large slab of rock. The two remaining humans helps the Cybertrons blast through the rock. The Dinoforce then merge into Dinoking and attack Star Saber, who has arrived with reinforcements, but is then soundly defeated. 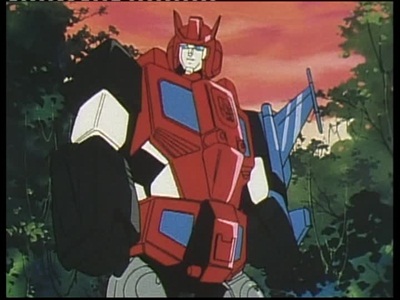 The Energy Base Explodes

In the middle of the jungle, the Destrons are rapidly gathering and storing energy in the hopes of recharging their space platform. The Cybertrons discover what the Destrons are up to and send out the team of Braver and the Multiforce to stop them. There is increasing tension between Blacker and Wingwaver. Dinoforce member Yokuryu tries to blast the Cybertrons into the open from the air as the other Dinoforce spread out throughout the jungle. Dash and Tacker accidentally fall into some quicksand but are rescued by Blacker. Attempts to contact Star Saber by radio fail due to interference, so Blacker tries to distract the Dinos so that the Multiforce can flee. Just as Blacker gets triple-teamed by the Dinos, Wingwaver shows up and helps him escape. Star Saber shows up and defeats Leozak, sending the Destrons retreating. Terror Under the Big City

The Destrons are attracted to a city's three-layer transportation system, using Drillhorn to dig deep underground to tap into the city's electrical systems. As the Breastforce members roam around under the city, the Cybertrons pick up a distress signal and mobilize to investigate. Star Saber, the Brainmasters and the Rescue Force head into the underground to stop the Destrons, but they each encounter danger -- Star Saber meeting Deszaras, the Brainmasters meeting the Breastforce and the Rescue Force trying to free the people. Star Saber manages to defeat Deszaras and his two animal partners, forcing him to retreat with only a little amount of energy but a lot of destruction.

This is the first of many clip shows for Victory, which, unlike the vast majority of those created for all previous seasons, actually aired on television. This one consists entirely of clips from "The Brave Hero of the Universe - Star Saber", "Sneak Attack! Dinoking", "Attack! Leozack", "Unite!! Multiforce", "Move Out! Rescue Team", "Explosion!! The Energy Base" and "Big City - Underground Terror", complete with new omniscient narration. As you might have assumed from that list of titles, this isn't any kind of "themed" clip show (as several of the others are), but simply a truncated retelling of the events of the series up to this point. Why they decided not to include "Infiltration... The Uranium Mine" is anyone's guess. 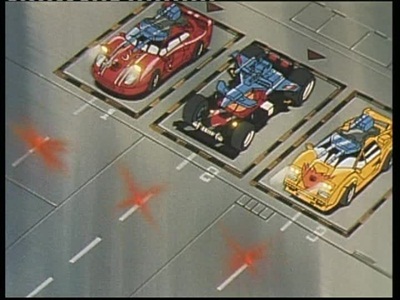 Aboard the Thunder Arrow somewhere in the depths of the ocean, Deathsaurus listens as Leozack lists off the latest in a litany of excuses for his repeated failures. A roar from Deathsaurus's Tigerbreast prompts Leozack to cut to the chase and explain that he has just put a new information-gathering plan into motion. The target of this plan is the New Energy Resource Research and Development Laboratory in Japan, where new minerals from across the galaxy are studied to discern their energy potential, but intrusion into their computer system is immediately detected by one alert scientist. The scientist heads down to the lab's computer centre, where he spots a sinister shadow interfering with the computer core. When he demands the person show themselves, however, the scientist is shocked when a giant robotic bat reveals itself and smashes through the wall to the outside. Peering out the hole left by the creature, the scientist watches as it attaches itself to the chest of a waiting Decepticon, who introduces himself as the fifth member of the Breastforce—Hellbat! The scientist sounds the alarm and Autobot and human troops come running, but in the course of the fight, stray shots from the Autobot troopers ignite fuel tanks on the laboratory complex. As the area begins going up in flames, Hellbat eschews any further physical combat in exchange for a swift getaway, and, with an eerie chant, unleashes a hypnotic sonic wave that makes his opponents fall unconscious.

Start a new discussion for Transformers Victory anime. Please be fair to others, for the full rules do refer to the Discussion Rules page.