During an excavation at the mysterious ruins in Clow Country, Syaoran discovers his childhood friend Princess Sakura appear on the site with wings that disperse into many feathers. As the feather's disappear to different dimensions, so does Sakura's memory. In attempts to save Sakura's life and restore her memory, Syaoran travels through to another world to find a solution. There's only one thing left he can do. Travel through to different dimensions to collect Sakura's feathers. Helping out with the quest is Kurogane, an exiled ninja from Japan Country who wishes to return to his world, the runaway magician, Fay, who desires to jump between each world never to return to his own and the white meat-bun shaped creature, Mokona.

A mysterious power within Sakura is awaken by the ruins as wings sprout from her back. Sakura beings to fade into the seal but Syaoran saves her. However, the wings break as the feathers scatter to many different worlds. Syaoran carries Sakura, now unconsciouses and her life fading away, out of the ruins to find themselves being attacked by mysterious mechanical warriors. Touya manages to keep them back as Yukito finds that Sakura's heart is no longer in this world. With no other choice, Touya leaves Sakura to Syaoran and Yukito sends the two to another world to seek help from the Dimensional Witch. Now in the world of XXXHolic, Syraoran is joined by Kurogane and Fai as he pleads to YÃ»ko to save Sakura. 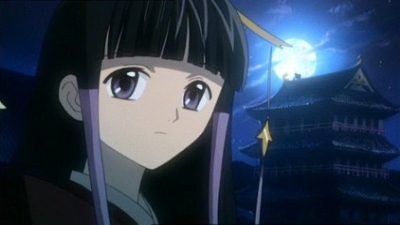 The Power to Fight

A mysterious power within Sakura is awaken by the ruins as wings sprout from her back. Sakura beings to fade into the seal but Syaoran saves her. However, the wings break as the feathers scatter to many different worlds. Syaoran carries Sakura, now unconsciouses and her life fading away, out of the ruins to find themselves being attacked by mysterious mechanical warriors. Touya manages to keep them back as Yukito finds that Sakura's heart is no longer in this world. With no other choice, Touya leaves Sakura to Syaoran and Yukito sends the two to another world to seek help from the Dimensional Witch. Now in the world of XXXHolic, Syraoran is joined by Kurogane and Fai as he pleads to YÃ»ko to save Sakura. 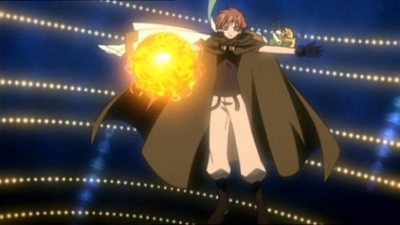 The Sword that destroys Evil

Transported to the world of XXXHolic, Syaoran, Kurogane, and Fai ask the Dimensional Witch YÃ»ko to grant their wish. Syaoran's wish is to travel to many worlds to restore the memories of Sakura, Kurogane's wish is to return to his own world, and Fai's wish is to travel to different worlds to avoid his own. Though their intents are different, the method is the same and that is to travel between different worlds. However, they must all pay a price before their wishes can be granted. Kurogane's payment is his sword, Fai's payment is the marking on his back, and Syaoran's payment is his relationship with Sakura. Though hesitant about their payment, they pay up and are given Mokana Modoki to travel to the next world. After coming to, the gang find themselves in the middle of a gang war but instead of modern weapons, everyone is fighting with a special technique called a Kudan. 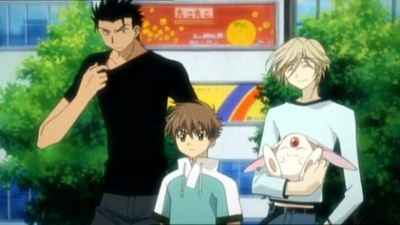 Sorata Arisugawa and Arashi Kishu find Syaoran, Fai, Kurogane, and Sakura (still unconscious but better) and take them to their apartment building. After some rest and less suspicious clothes, the three go around town looking for Sakura's memory fragments. However, Kurogane spots someone who looks like Princess Tomoyo and chases after her. After losing sight of the girl as well as Syaoran and Fai, Kurogane meets the gang from before and a fight ensues. 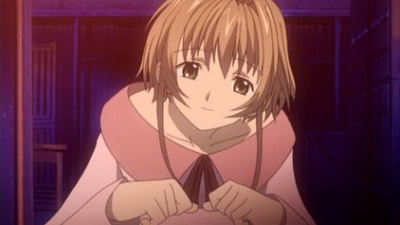 The Battle of the Mages

Sakura is awake and is checking out the town. However, she wakes up without Syaoran, Fai, Kurogane, and Mokana knowing it until it was too late. Things get worse when the leader of the invading gang recognizes her from his encounter with Syaoran and concocts a devious scheme. 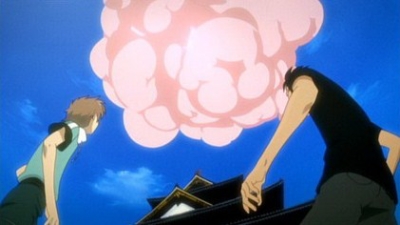 Tears that do not Cry

Masayoshi and Mokona have been kidnapped by Primera as she leaves a challenge for Syaoran, Fai, and Kurogane. Though they run into some communication trouble since Mokona acts as a translator for them, they make it to Hanshin castle. Fai decides to fight in Syaoran's place as he reveals his Kudan which allows him to fight and a battle between Fai and Primera ensues. 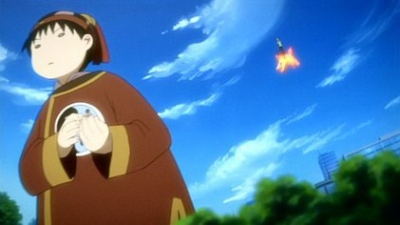 Syaoran and Shogo begin their unfinished fight. As the fight continues in Syaoran's favor, Masayoshi and Primera are in danger as a result of their fight. However, Masayoshi's Kudan saves them but grows to a tremendous size as Mokana senses that Sakura's feather is in Masayoshi's Kudan. 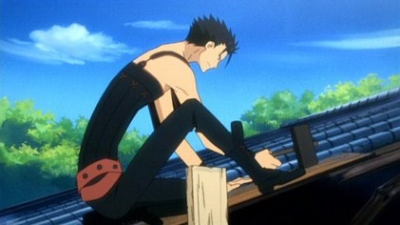 Arriving in the next world, Syaroan and the gang get harassed by the son of the lord there and his thugs. Shortly after, they meet a young girl by the name of Chu'Nyan who chasses the thugs off. When the son runs home to his father, we realize that his source of power is one of Sakura's feathers inclosed in a ball. Due to the wierd clothing that Syaroan and co. are wearing, Chu'Nyan then mistakes them for Mitteishu, or secret investigators from the government sent to the many kingdoms to right wrongs, and takes them to her house. After a long talk with them, she realizes that they couldn't possibly be Mitteishu she tells them about the evil lord of the area and how he murdered her mother. Later on, the young lord and his thugs burn down a townspersons house because they didn't pay their taxes. After a fight between them and Syaroan, Chu'Nyan only keepsake from her mother, her magical fan, ends up getting destroyed. 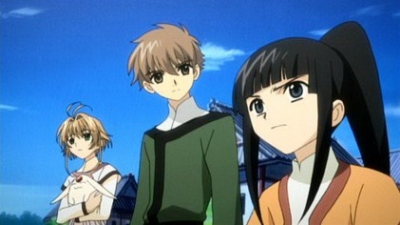 Fay and Kurogane decide to storm the castle even when Chu'nyan tells them that powerful secret arts protect it. Chu'nyan, Syaoran, and Sakura visit the resistance in town against the Ryanban. Sakura is drawn towards the castle and mysteriously disappears inside. Syaoran goes in after her and there they meet all the townspeople that have been imprisoned and have changed into monsters. Sakura and Syaoran are then back in front of the gates of the castle because of a mysterious presence. They tell the villagers what happened to the others sucked in from the gate. Kurogane and Fay decide not to storm the castle but to think of another method. The villagers decide to fight once more. 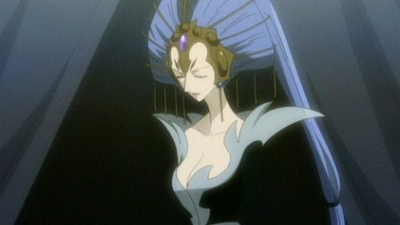 It is revealed that the Ryanban has a secret weapon which is in the form of a mysterious witch, named Kiishimu. Syaoran is still determined in getting into the castle that has Sakura's feather inside. Though he was hurt from the previous battle, he still plans to go inside.

This is an anime that comes from a group of women that have written manga for almost 30 years now.  It was an orginal work that was created along side of another manga called xxxholic.  While the anime's of these two don't cross over, the creaters of the anime tried to keep it true to its origins.  The problem being, it loses something along the way.   At the same time, the premise behind the story is very reminiscent of the time it was created.  The slow pacing is a very nineties and early two thousand style, and while the newer animes go at a faster pace, this style makes you immerse into the story more, and live less for the action and the shock value.  Its what divides most watchers from saying "Eh, its okay." to "This is one of the best anime I've ever seen!" Story: 8 Its an original idea and one that interacts with its second half, xxxholic, well.  The problem being that it seems just like a crossover anime and that's the only point to it.  The problem with saying that is that it does technically have a plot, get the feathers from other worlds, and that all of Clamp's stories are like that.  They all appear in many of their stories, not just in Tsubasa Chronicle.   The plot twists in there do get you when you least expect it, but in this particular series it is more of a trailer for the manga, and the true plotcentric story is in its predecessor, Tsubasa Chronicle Tori.  Its still original and has specific arcs that shows the characters growing as it continues on, instead of staying the same person over the entire series.  Just be prepared that it never technically ends, you would have to read the manga, or watch the other series. Animation: 6 Remember that this is a mid 2005 series and it is a clamp series.  Clamp tends to keep their characters very simplistic and have the long legs and not well drawn hands.  Their action sequences tend to be quick and not have very realistic movements.  However, they are great at backgrounds and any imaginary animals and beings.  The reason for this is that there are more than one artist so they keep things that all of them will work on simplistic and the individual are beautiful. Sound: 6 Its a very deep, instrumental, and dramatic soundtrack.  While those are all beautiful and really help in making their series darker, there are moments of humor and there tends to not be a sound track for it.  If there is, it is a very calm and somewhat happy sound.  While it is a great sound for those that know what is happening, it is not a very good soundtrack for keeping attention to new watchers or those that can't keep their attention on anime. Character: 10 I'm going to try not to give spoilers, but the characters in the series grow, and you see how they became who they are as the series progresses.  They are all deep, and all have their reasons for why they do the things they do, especially the main four characters.  While you may think that Syaoran and Sakura are the same characters from Cardcaptor Sakura, you would be severely disappointed.  They are older, and while they do share that Sakura is optimistic and that Syaoran is serious, that's about as far as it goes.  Kurogane and Fye also have a deep history and you catch glimpses of it at the beginning, and technically you never find out their whole story in this season, but towards the end, you get a much bigger glimpse into who they are. Enjoyment: 8 The series can be lighthearted, but also have a darkness that only clamp can create.  The humor is good if you understand some japanese idioms, and the story goes along at a moderate pace.  I wouldn't say this series is for anyone, I would say this is for someone who enjoys characters and watching how they change, rather than watching it for what you might think the plot is.  Because lets be honest, you don't think its all about finding some memory feathers, do you? Overall: 7 While I enjoy this anime, I know that this series isn't for everyone.  Some people just want to see a plot, others want to see mindless characters.  Tsubasa Chronicles mixes it while showing that all of their worlds that they create are connected in some way.  I also know that to truly understand what is going on, you would have to read the manga, or have read xxxholic, which detracts from the anime as well. All in all, its a good anime for those that want just a couple of story arcs with characterization and some good plot twists.  If you want to see a great story, you read the manga.  If you want amazing animation and drawing styles, then clamp isn't the right fit for you.

This anime has parts that make you want to stop watching because all you want is for Syaouran and Sakura to get married have children and live happily ever after. But no. Just give me another season. Please

Start a new discussion for Tsubasa Chronicle anime. Please be fair to others, for the full rules do refer to the Discussion Rules page.