Morioka Kouhei wants to become a photographer. Unfortunately, he has the tendency to unintentionally capture the images of ghosts on film. One day, he visits an old castle in Germany where he meets a vampire girl, Hazuki. It turns out that Hazuki is confined in the castle against her will. She tries to turn Kouhei into her slave by sucking his blood, with the intent to have him break the device sealing her in the castle. Although Kouhei proves to be immune to the vampire's curse, he is eventually forced to help her. Hazuki successfully escapes from the castle and leaves for Japan to look for her mother. When she arrives in Japan, she goes to Kohei's house where he lives with his grandfather, who agrees to take in the girl. Due to his own childhood experiences, the sympathetic Kouhei agrees to aid Hazuki in her quest. However, other vampires, including Elfried and Count Kinkell, manage to track Hazuki to Japan. They will stop at nothing to retrieve her. (Source: AnimeNfo) 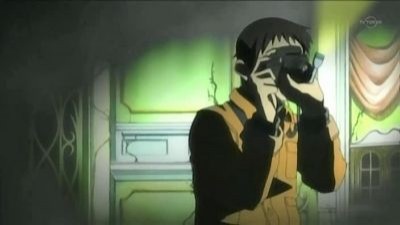 Big Brother, Be My Slave

MORIOKA Kouhei, a Japanese photographer, is taking shots of the outside of a gloomy German castle when he sees a beautiful young girl sitting high on the battlements. He is shocked and smitten. Weirdly, when they are developed, his photos of the young girl show nothing but the castle, no girl at all. Kouhei is in Germany with Ms. ANZAI Hiromi, editor of a magazine about the occult, and Professor MIDOU Seiji, who is studying occult phenomena. They go back to the castle the next day and Kouhei explores the cobweb-hung old rooms. He comes upon the girl, who introduces herself as Hazuki and tells him she is from Japan. She seems thrilled to have someone come to visit her. She says she has a present for Kouhei…. 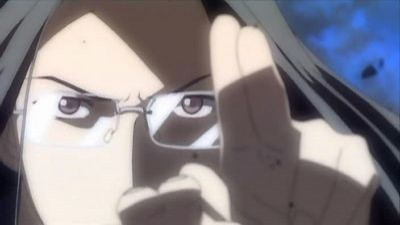 Hazuki is a vampire, and sucks Kouhei’s blood intending to make him her servant. She wants him to help her escape the castle in which she has been imprisoned for years. But Kouhei is a blockhead who is totally insensitive to occult influences, and shocks her by not being affected by her vampire magic at all. He refuses to become her servant, and while they are arguing, Hazuki’s protector/jailer, the giant Viko appears. He would never harm Hazuki, but as for Kouhei…. 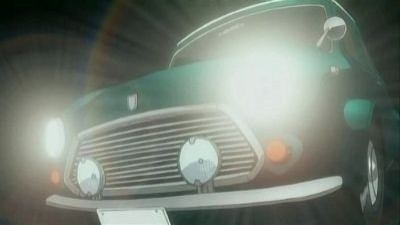 Hazuki comes to Japan unannounced to live with Kouhei and his grandfather in the grandfather’s antique store. She is fixated on her mother’s promise to meet her again in Japan. Kouhei, remembering that his own mother had abandoned him, ridicules Hazuki’s mother’s promise and says it didn’t mean anything. Hazuki is deeply offended, and storms out into the night. Kouhei eventually cools down and goes to look for her.... It is a month since the full-moon night when she escaped the castle, and she has become a very effective little saleswoman in the antique shop. But on the night of the full moon, her throat becomes dry, and thirsty for blood. She comes to Kouhei for a “kiss 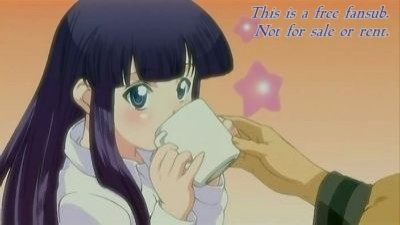 The blonde vampire Elfriede appears and invites Hazuki to return to the castle in Germany, as commanded by her master. Hazuki refuses and has to defend herself against Elfriede and her monsters. She is about to be defeated when Elfriede’s monster approaches Kouhei — and is destroyed on contact. Elfriede realizes Kouhei is “Ama Vampire 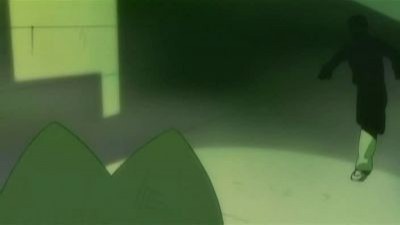 Hazuki goes on the train to Kyoto with Kouhei, his grandfather, Hiromi, Seiji, and the cat Heidi. In Kyoto, they meet two young girls who have special relationships with Kouhei and Seiji, and special powers as well. Grandfather, Seiji and Heidi take part in a special ritual that has amazing consequences. And as Kouhei and Hazuki are out sightseeing in the ancient capital, Elfriede appears again.... 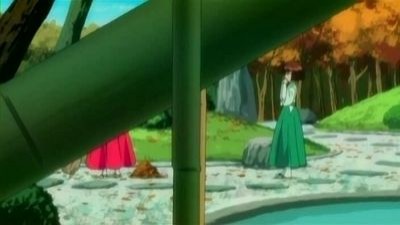 Hazuki wants a real bed instead of sleeping on a futon on the floor. She can’t get Kouhei or his grandfather to buy it for her, so she finds a special way to get Hiromi to do it. Kouhei is not pleased. Hazuki and Elfriede have a surprisingly pleasant talk that ends with a sudden declaration from Elfriede. With help from her friends, Hazuki learns something about being human.... 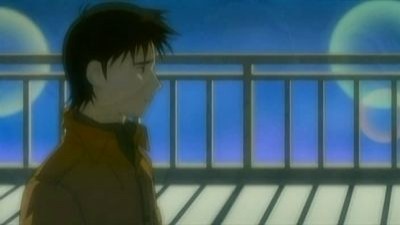 Mother Came to See Me! Happy!

Elfrieda's master comes to town and takes over from her the job of tracking down Hazuki. Elfrieda has been able to lie to him since she drank some blood from Kouhei, the "Ama Vampire". Hazuki and Heidi are on the roof praying for Hazuki's mother to arrive. With Kouhei's telephoto lens, they see her figure atop a tower and go running off across the rooftops. Kouhei and Grampa run through the streets after them.... 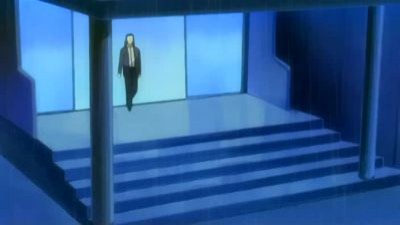 Save Me From This Dream

Hazuki, held captive by the great vampire, Count Kinkel, lies sleeping, dreaming she is with her mother, in dreams sent her by the Count. Kouhei and his grandfather are in the Baron’s eyrie looking for Hazuki. Elfrieda is now free, having drunk twice of Kouhei’s blood. She helps them as she seeks to destroy the Count, her former master. But the Count has many tricks up his sleeve.... 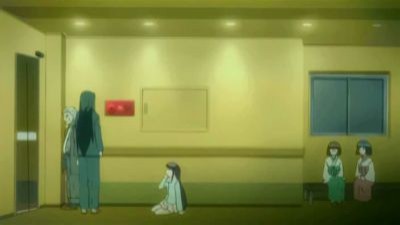 You're My Slave and I Won't Forgive You

Kouhei survives an operation to save him from the near-mortal would Luna inflicted on him under the control of Count Kinkel. Seiji continues to blame Hazuki and will not let her near Kouhei, in spite of her desperate desire to help him emerge from the cloud of death that surrounds him on his hospital bed. The Kyoto sisters arrive and work with Seiji and Grandpa to try to save him, shutting Hazuki out. But their efforts seem to be failing.... Meanwhile, the Count has Elfriede and is about to extract vengeance on her for her disobedience.

Disclaimer: This was the first anime I owned on DVD, and I watched it when I was 15. There may be minor spoilers, but they are completely unintended. Story 7 -  Tsukuyomi: MoonPhase is a romance/fantasy series in which Kouhei Morioka, a paranormal photographer, visits a castle in Germany and finds a young girl named Hazuki living there.  She's confined to the castle against her will, but Kouhei helps her and  she later follows him to Japan, intent on finding her missing mother. -- At this point, an anime from 2005 is quite cliche. Many other vampire series were converted into anime around the same time, reducing the impact of a story about a little vampire girl obsessed with cat ears and gothic lolita fashion.  However, as a mid-teen, I really enjoyed it and marathoned the show each time I got a new DVD. The settings and the kookiness of the story really appealed to me, as there were some dark and sad/slow parts of the series tied with the story.  I suppose that's why this deserves a 7. It was a fun series that held me interest throughout. The 26th episode was stupid, though. ~\*~ Animation 8 -  To this day, I still think the animation style is really attractive. Everyone was in proportion to each other throughout the show, and props to everyone having to animate all the lace and ruffles on Hazuki's clothing. I loved the parts when the house was shown as a cross section, so you could see where everyone was. One downside is that they definitely abused the "shadow over the eyes" when a character is angry or sad.  ~\*~ Sound 9 -  I absolutely love the soundtrack. The second opening, first, second and third ending are great as well. The theme of the series is powerful and thrilling, with an immediate  feeling of danger. Considering the element of comedy, the music melds better as it contains some light-hearted songs. Definitely a must-have soundtrack, for me at least. ~\*~ Character 8 - There are many characters beyond Hazuki and Kouhei. Ryuuji and Seiji, Kouhei's grandfather and cousin, respectively, and his friend and co-worker Hiromi, play some important (albeit smaller) roles in the series.  In the show, we learn that Hazuki is extremely lonely and desperate for a friend. She has a fractured relationship with her family and no friends before meeting Kouhei. This causes her to abuse and manipulate her friends testing to see how much they really care for her. Hazuki grows and develops until, once the viewer has completed it, they realise that beyond her slight-Tsundere behaviour and whiny personality, she's grown into a good character that can be appreciated even after the show ends.  Kouhei is the butt of family jokes and has a love/hate relationship with Hazuki in the span of the show. He has a short temper when pointed as the laughing stock, but is really hardworking and friendly. I think he's possibly one of the more boring characters in MoonPhase, but he still develops as much as Hazuki.  ~\*~ Enjoyment 8 -  I liked it when I was younger, but seeing it again by myself isn't something I could do. I'd probably watch it with someone else. It is 26 episodes long, anyway. ~\*~ Overall 8 -  I think this series deserves an 8. It introduced me into the world of anime (past what Poke'mon and other childhood shows did), and acted like the roots of a tree which grew as I branched out into different genres. To summarise, Tsukuyomi: MoonPhase is a good series for younger girls interested in a comedy/romance with some dark story elements.

Start a new discussion for Tsukuyomi: Moon Phase anime. Please be fair to others, for the full rules do refer to the Discussion Rules page.