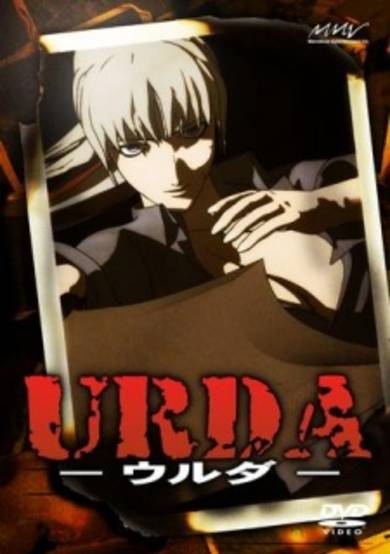 Firstly I have to say: "Urda" could have been great. Set on the western front of the second world war, a landscape relatively unexplored by anime, "Urda" threw together a bunch of random plot elements like Nazis, UFO and time travel ... and ends up with a surprisingly intriguing sci-fi tale. But alas, the potential went to waste, as the end product felt more like the result of someone experimenting with CG from his home PC than a proper anime. With its short length and undercooked story and characters, watching "Urda" is about as satisfying as getting served a starter when you're hankering for a full three-course meal. In fact, the anime could almost be passed off as a multi-part trailer to a longer, greater series.From "Urda"'s often amateurish production values, I'd estimate its budget to be around the astronomical figure of £5. One of the primary offenders is the cranky animation, which was often so shoddy that I had trouble comprehending what was happening on screen. That said, "Urda" has its moments; at times, the direction felt sharp, and it seems to have a good instinct for handling mood and atmosphere, particularly with its use of music. The action sequences possessed a surreal stylishness, and made me think they took inspiration from movies like "The Matrix" or the cut scenes of some video game. Some of it was pretty cool, but other parts were blown out of all proportions. In one such scene, as two characters dueled on a flying plane - literally "on" it, as in stood on top of it - another plane got destroyed above them, and the battling characters managed to snag a piece of debris each, and promptly started hacking away at each other with the pieces of broken plane. Honestly, I shit you not; I'm not even exaggerating.Complaints aside, "Urda" deserves some plaudits for being as good as it is given the obvious limitations of its production. The ending is especially brilliant, but if anything made me lament even more that the show was held so far back from its potential. I would love to see it expanded into a longer series by a proper anime studio.

Start a new discussion for Urda anime. Please be fair to others, for the full rules do refer to the Discussion Rules page.