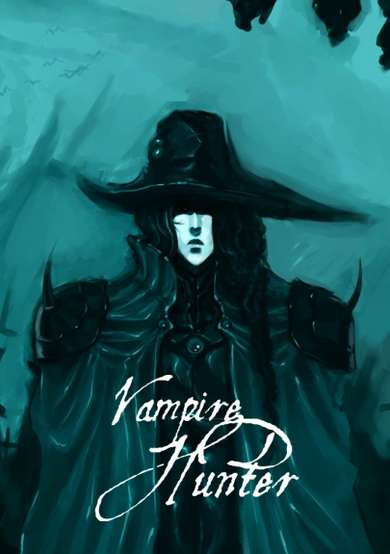 10,000 years in the future, the world has become a very different place; monsters roam the land freely, and people, although equipped with high tech weapons and cybernetic horses, live a humble life more suited to centuries past. The story focuses on a small hamlet plagued by monster attacks and living under the shadow of rule by Count Magnus Lee, a powerful vampire lord who has ruled the land for thousands of years. When a young girl is bitten by the Count and chosen as his current plaything, she seeks out help of a quiet wandering stranger, D. It so happens that D is one of the world's best vampire hunters, and he takes it upon himself to cut through Magnus Lee's many minions, and put an end to the Count's rule. (Source: AniDB)
User Count5340
Favorites Count44
Start Date21st Dec 1985
Next ReleaseInvalid date
Popularity Rank1946
Rating Rank4679
Age RatingR
Age Rating GuideMild Nudity
Subtypemovie
Statusfinished

Originally a series of novels about a vampire hunter who is half vampire himself, Vampire Hunter D's first transition to the anime world takes the form of this self-titled OVA from 1985. At the time of writing, the ever reliable Wikipedia describes this OVA as "a cult classic among English-speaking audiences". Amidst the lavishing praise - the effect of which is spoiled somewhat by the clumsy prose - there's a bit which notes that the OVA featured "memorable voice acting performances in both English and Japanese". Now, aside from struggling to recall anyone lauding the original "Vampire Hunter D", I've also watched "Vampire Hunter D" in dub myself, and the only way I would describe that dub as being "memorable" would be to couple it with an adjective synonymous with "shit".Despite being made decades ago, "Vampire Hunter D" looks and feels even more ancient than its considerable age. The action sequences feel stiff and lacking in fluidity; the colours used are so dark that I could barely tell what was going on sometimes. In addition to the low production quality, "Vampire Hunter D" shows its class with opening scenes featuring a girl running around with a skirt so short that it resembles a handkerchief tied around her waist. This enabled panty shots to be taken with ease from any angle, and, needless to say, we're treated to exactly that. Thankfully, the forthcoming tidal wave of fanservice turned out to be smaller than what the opening scenes appeared to promise, although what the anime did contain felt unceremoniously shoved in with little regards to its impact on the mood and atmosphere. But apart from those occasionally blips, the atmosphere of the "Vampire Hunter D" is actually strong for the most part, and is probably the most competent aspect of the anime. The well selected BGM tracks helped; the atrocious English dub didn't.As an anime adapted from an established franchise, "Vampire Hunter D" feels like it's more aimed towards an existing audience. To someone like me who knew (and who still knows) next to nothing about the franchise, the anime feels incomplete. "Vampire Hunter D" clearly has a wealth of backstory regarding the main character D, but not only does this instalment reveal very little of his backstory, it almost seems reluctant to do so. Pity, because what it chose not to tell are what interested me the most. On the other hand, the story it does tell is pretty stale and cliched - especially the romance elements - but still manages to be confusing due to the narrative failing to explain things properly or just deliberately withholding information to keep up the sense of mystery. One of the effects of this is that the motivations of the characters are often unfathomable - I've no idea what they're fighting for half the time. To be honest, I found it hard to care too much since all the characters except D himself are rather bland anyway. As for D... it'd be nice if the anime told us ANYTHING about his past instead of just being a gigantic cocktease.Since "Vampire Hunter D" is so tight-assed when it comes to backstory, it's only a prequel in name to the "Vampire Hunter D: Bloodlust" movie which came out in 2000. The reason I bring this up is because that movie is superior to this OVA in just about every way. So if you're interested in the franchise, you could just skip this OVA and go straight onto the movie because, honestly, you're not missing much here.

Vampire Hunter D, is about D a vampire hunter coming to a small town to safe it from an evil vampire and his many minions. The animation and sound is typical for its time, was made in 85. D reminded me a lot of blade, with your typical damsel in distress. Some of the minions are pretty unique, while the main vampire is kinda just bleh. Overall this movie is just a fun dumb action anime feature, nothing special and not bad, just average.

\[Old review is old.\] Many will link the Vampire Hunter D franchise to the 2000 film adaptation by Madhouse, but we’re not talking about that today. Instead we’re going back to 1985 to look at the first attempt at an anime film adaptation. Vampire Hunter D is hired by a girl after she is bitten by a vampire, she wants D to get revenge, he fights the bad guys, and that’s it. No really, that’s all. The extremely straightforward presentation of the events they plan out couldn’t be any more boring. There’s nothing creative, abstract, or intriguing about it, and the result is just a boring old movie. Scriptural attempts to make a creative story are scrapped seconds after they are introduced. Can we explore D’s desire to be human? Can we develop side characters in surprising ways? Can intrigue from the first five minutes carry on into fruition? Of course we can’t. D himself has a couple of cool moments, but unfortunately he’s bland as a rock and isn’t developed whatsoever. Protagonist girl has to be saved all the time even though it was clear that she could hold her own in combat. All of the side characters where developed way too fast to register, having most of their major changes take place within a few awkward seconds. They were done so sporadically and unnaturally that I honestly couldn’t help laugh out loud at how bad the script beat them up. I don’t remember jack in the soundtrack, but the ending had a cool synth pop song, so at least you get a cheap 80’s tune as a bonus. Usually I’m very lenient on dubs, but this may have been the worst one I’ve listened to yet, with noticeable messy sound edits and a ton of annoying voices. If you can find a subbed version you will be much better off. The one thing I can give props to in the film is the animation, but even that doesn’t go too far. Most of the visuals are too jerky and sloppy to be mentioned, which means the only merit we could possibly get attached to were the cool designs on some fantasy creatures. When you can’t really get attached to the story or characters, weird monster things are probably the next best thing. Granted this thing was made in ’85, but Nausicaä came out a year earlier, so step up your game, anime studios! The film also indulges in quite a bit of pointless fanservice. Every shot of the girl in the intro sequence is a cheap pantyshot, and the film displays its fair share of nips in certain places to keep the viewer from falling asleep. Even though I can argue that the viewer is welcome to snooze at anytime without missing anything worthwhile, a couple of nude shots in severe desperation are always a foul mark in my book. Overall, Vampire Hunter D is boring. Even bad films come with the joy of being perplexing to behold, but this movie couldn’t provide even that. It might interest those looking for a little vampire journey, and they might even find a few surprises, but I definitely don’t see myself watching this again in the future. Even if vampires are totally your thing, Madhouse has a much better film waiting for you fifteen years after this one. <u>Vampire Hunter D (1985)</u>\: 2.8/10

Vampire Hunter D has become a cracked stepping stone.  Time has taken its toll; it is predictable, clichè, and *uninteresting*.   D is bland, underdeveloped, and overpowered.  The villian amounts to little more than a finale for the plot, while the female protagonist is next to useless in the plot, despite being written as a strong character. I'd recommend this as a history lesson: something to educate yourself with, but will ultimately put you to sleep.

Start a new discussion for Vampire Hunter D anime. Please be fair to others, for the full rules do refer to the Discussion Rules page.