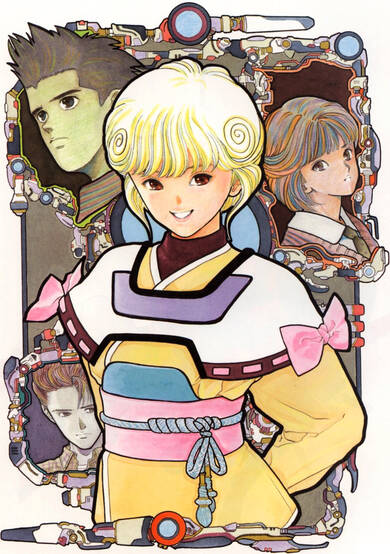 When Youta is told by the girl he likes, Moemi, that she likes someone else, he rents a video girl tape from a strange video rental shop. When he plays the tape at home, Video Girl Ai emerges from the screen to help him win Moemi's love. But Yohta's VCR had been malfunctioning and now Ai's personality isn't quite what it was designed to be. (Source: AniDB)
User Count2258
Favorites Count21
Start Date27th Mar 1992
Next ReleaseInvalid date
Popularity Rank3299
Rating Rank3842
Age RatingR
Age Rating GuideMild Nudity
SubtypeOVA
Statusfinished

Start a new discussion for Video Girl Ai anime. Please be fair to others, for the full rules do refer to the Discussion Rules page.