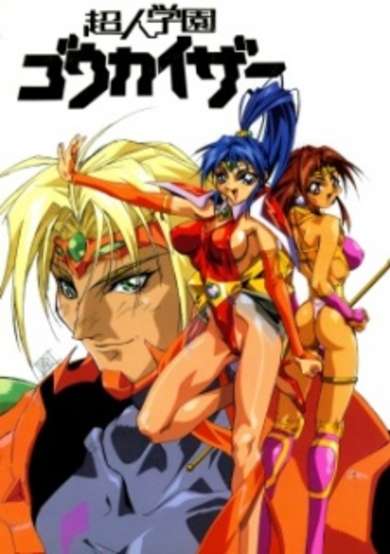 It is the dawn of the 21st century. The cataclysmic earthquake which reduced half of Tokyo to a broken landscape of twisted steel and shattered stone was only the first sign of the impending apocalypse. Athletic and popular, Isato Kaiza was an otherwise ordinary student. But nothing could've prepared him for the day he was given a Caizer Stone by fellow student Kash , alias Hellstinger. Armed with the mysterious crystal, Isato now possesses the power to transform into the armored hero: Gowcaizer! To save the Earth, Gowcaizer and Hellstinger must join forces against Omni Exist, the manifestation of all negative human desires, and the force behind the recent disasters, before the entity obliterates the human race!
User Count334
Favorites Count0
Start Date27th Sep 1996
Next ReleaseInvalid date
Popularity Rank7447
Rating Rank11093
Age RatingR
Age Rating GuideMild Nudity
SubtypeOVA
Statusfinished

Start a new discussion for Choujin Gakuen Gowcaizer: The Voltage Fighters anime. Please be fair to others, for the full rules do refer to the Discussion Rules page.