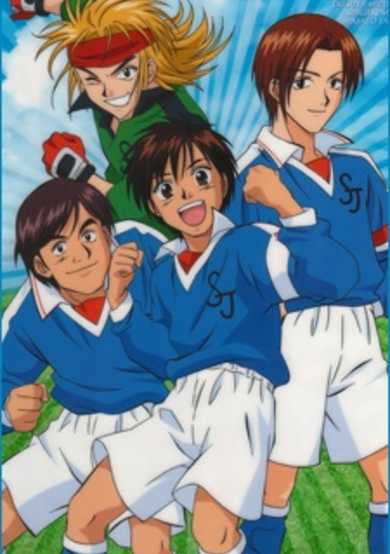 Kazamatsuri Shou's dream has always been to become a professional soccer player, but he has one problem: he's not very good at the game. He was accepted to the prestigious Musashi no Mori Junior High, known for its top rate soccer team, but he was never able to rise beyond the rank of third stringer. After transferring to Sakura Jousui Junior High, he can finally play soccer. And, with the support of his new friends and teammates, his strong determination, and lots of hard work, his soccer skills are developing rapidly and setting Shou well on his way to achieving his dream. (Source: ANN) 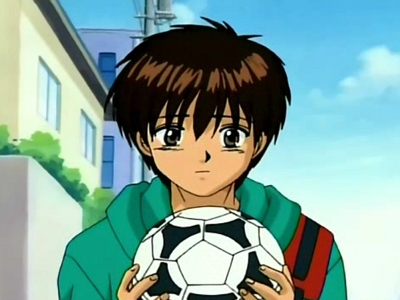 Break Through the Wall

Kazamatsuri Shou starts at Sakura Josui Junior High School after transferring from soccer powerhouse Musashi no Mori. At his prior school, he was relegated to the third string due to his height, and he hoped that the transfer would increase his odds of actually getting to play. A misunderstanding at the new school led to the team believing he had been a regular at his previous school. Since he had had little opportunity there to practice anything but juggling the ball, these false expectations would lead to the worst possible introduction. Will Shou be able to pursue his soccer dreams in face of this? 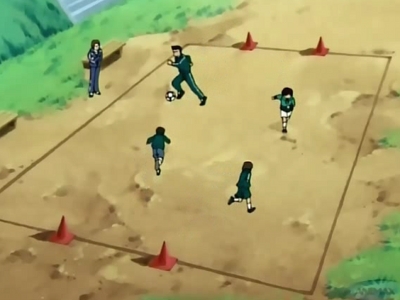 The Sakura Josui soccer team captain, who believes there is little point in striving for victory when the school is in the same division as the famed Musashi no Mori, has set an uninspired pace for the team. Mizuno Tatsuya, who has learned of Kazamatsuri Shou's resolve to succeed at soccer, sees an opportunity to turn things around. Shou's days of tenacious practice on his own may be at an end as Mizuno chooses him as one of his teammates in a challenge for the position of captain. Can Shou overcome his disastrous introduction at Sakura Josui to gain the trust of his new teammates? After an intense week of practice on the part of Mizuno's challengers, it is time for the 5x5 match which will decide the future direction of the Sakara Josui soccer team. A victory will establish Mizuno as captain, but a loss will result in the current captain kicking him off the roster of the regulars. When the captain's team of regulars realizes that Mizuno's team of neglected subs are no longer the pushovers they expected to face, how will they respond to the challenge? 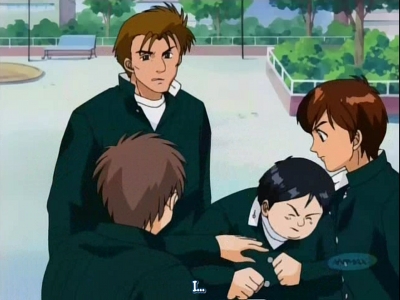 Never Give Up on the Future

Not everyone in the club shares Mizuno and Kazamatsuri's desire to work to improve at soccer. With Mizuno becoming captain, regulars quit and pressure other members to resign. Kazamatsuri, who has sacrificed so much to pursue his desire to play the game he loves, can't leave the ones who left alone. The starting matches for the district preliminaries are chosen and Sakura Josui's first opponent is... Musashi no Mori! Mizuno has two weeks to organize his fledgling team so it can face the premiere soccer team in the district. Responding to Yamaguchi Santa's challenge for the position of forward, Shige sets up a competition that will force any potential forwards to earn the position the hard way. 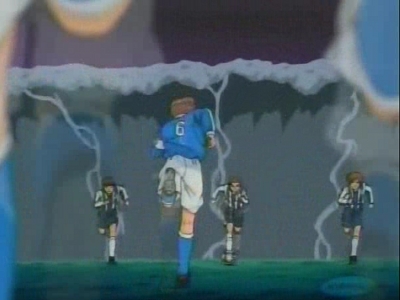 As the time for the match against Musashi no Mori arrives, the team is surprised to see that Musashi no Mori coach Kirihara has abandoned the practice of fielding their second team for a match like this. Bringing his first string players, he intends to crush Sakura Josui, to show Mizuno that his talent is wasted at that school. In his focus on Mizuno, however, the coach disregards Kazamatsuri, whose experience at Musashi no Mori has given him great insight into how that team works. 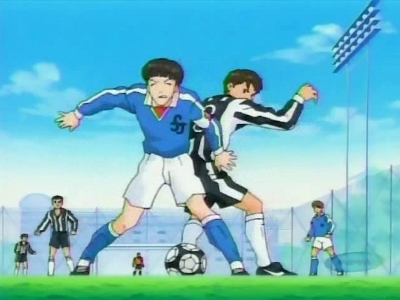 The first half of the match ends with Sakura Josui trailing 2 to 0. Even if the Sakura Josui team can get their feet under them again, what can they do to avoid a repetition in the second half? When some strategy help comes from a very unexpected source, it will be up to the team to make that strategy a reality. In the midst of all this, Kazamatsuri is confronted by a student from Musashi no Mori that he parted with on bad terms. Sakura Josui has scored, thanks to the demanding pace that the players have set for themselves. As they strive to score again, however, this strategy threatens to leave them at the mercy of their opponents... will injuries and exhaustion leave them with regrets? 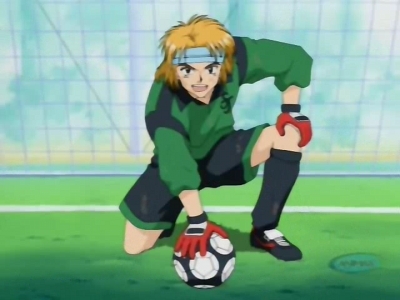 Leap Over the Wall

With the final minutes of the game ticking away, the Sakura Josui players dig deep to summon the determination to keep moving forward. To give their all in a game that they love lets them tap unexpected reserves, but will it be enough? And, what awaits them after such a game? 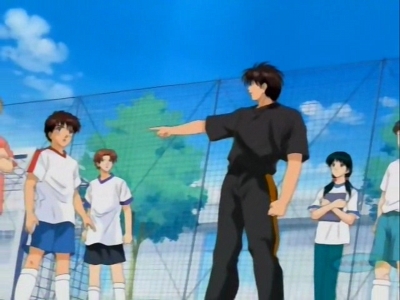 Grab a Position on the Team

Kazamatsuri makes a remarkable new acquaintance in a remarkable way. But, to Fuwa Daichi, the biggest mystery is Kazamatsuri's enthusiasm for soccer, and Fuwa is not one to let a mystery remain unsolved. Meanwhile, the team advisor, Katori, realizing her limits as a coach, tracks down Matsushita Soujyou, who had been so much help to the team in the break between the halves of their game with Musashi no Mori. Despite his obvious interest in the team, something drives him to decline the offer to become their coach.

I'll start off first by throwing this out there, I don't really like soccer all that much. Watching it is pretty damn boring, and playing it isn't much better in my opinion. Now, with that out of the way, let me just say that I really loved this anime. I know, you're like, "But he just said he pretty much hates soccer. Is he weird?" Yes, this anime indeed be about soccer, but it is much more than just that. This anime follows a middle school boy, Shou Kazamatsuri, who enjoys soccer and works extremely hard to get better and rise to the top. We his transition from a 3rd string substitute for one school, to an amazing player for another. I'm now re-watching this series for a second time and still enjoying it, probably even more so than the first time. I think what really makes this anime so inspiring to watch is Shou's character. I believe that he is meant to have a little piece of everyone inside of him, me, you, and anyone who watches this show. I believe that he has aspects and traits that can be found in every single one of us, I think this is partially the reason for me watching this anime and enjoying it so much, it's almost as if sometimes I'm seeing a bit of myself in the anime in front of me. When I watch this, I don't think, oh I'm watching a soccer anime, I think of it as a story of a boy who is striving to obtain his goal, a boy who is willing to work harder to get to the top because he can! This definitely is an anime which is worth watching at least once, even if you're like me who doesn't like soccer, I definitely encourage you to watch this series. The story and the characters are definitely the driving points of the anime and what make it what it is. The art and music definitely are enjoyable too and bring out an even more desire to continue watching as well.

Okay this anime might be a little childish but it's still fun to watch if you like sports anime then you will like this one aswell. Watching a person go from bad to decent is pretty fun to watch. I'd recommend it if you are looking for a sports anime to watch and you cant decide what to choose.

Start a new discussion for Whistle! anime. Please be fair to others, for the full rules do refer to the Discussion Rules page.