Masane Amaha and her daughter Rihoko are on the run from a government child welfare agency that wants to take Rihoko away from her mother. They are caught and Rihoko is taken away. Meanwhile, Masane is attacked by an advanced weapon that can disguise itself as a human being. When faced with the danger, a strange light emits from her wrist and she transforms into a powerful being. She destroys the weapon and consequently becomes involved in a power struggle between powerful organizations, with her at the center of their attention. Because she holds the greatest power of them all, the legendary Witchblade. (Source: AniDB) 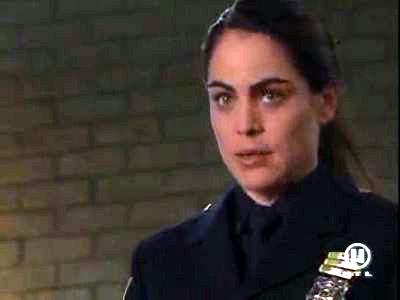 Learning to adapt to the Witchblade, and her new partner Jake McCarty, Sara Pezzini's role in the Rialto Theater incident is questioned during a hostile meeting with the police review board. Captain Joe Siri makes a big announcement. Sara and Jake tangle with Ian Nottingham over a deranged ex-special forces soldier a "Black Dragon". Captain Bruno Dante is introduced. 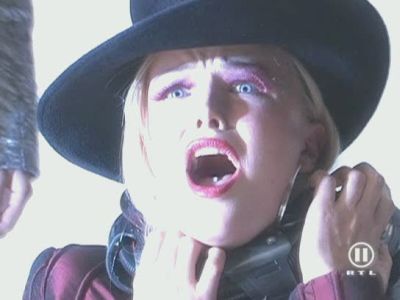 Sara and Jake are caught up in the world of high fashion when a stunning young model is murdered. Sara's connection to the legacy of the witchblade becomes more mysterious when she uncovers a link between her past and the dead model's roommate. 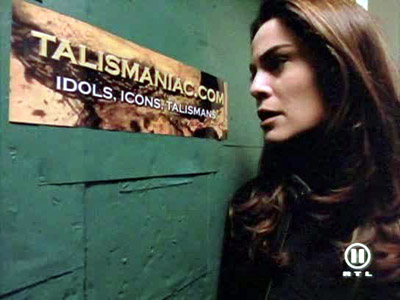 When Sara and Jake investigate the murder of a prominent Soho art dealer, they quickly narrow their search to an artist who turns out to be one of an unknown number of identical brothers connected to the myth of the Witchblade. Sara seeks answers about the Witchblade from the incarcerated Madame Dominique and internet artifacts dealer, Gabriel Bowman. 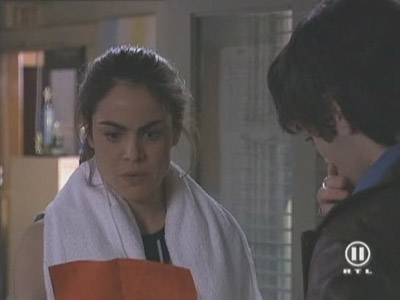 Ancient Celtic sacrificial rites are being re-enacted on the streets of New York. Pezzini crosses paths with an Irish rock star named Conchobar whose music is mysteriously linked to the crimes. Kenneth Irons tempts Sara with clues about the murders from a mysterious manuscript. 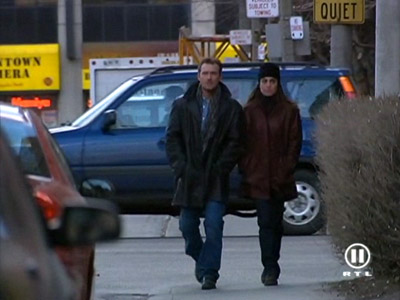 A priest is brutally killed, and a young member of his congregation is the prime suspect. Despite the boy's affirmations of guilt, Sara suspects something else is at work. Investigating, she comes to believe that the boy was possessed by demons, and yet she still believes he was not the one responsible. She also fences with Father Del Toro, who has been assigned by the Vatican to investigate. Del Toro seems to know a great deal about the Witchblade as well, from its time when it was kept at the Vatican. Eventually Del Toro is revealed as the true murderer. Sara races against a ticking clock to save Conchobar when he's kidnapped and used as bait by an anti-terrorist group intent on arresting his brother for past IRA involvement. In the end, the battle for Conchobar's life becomes a battle for the Witchblade. 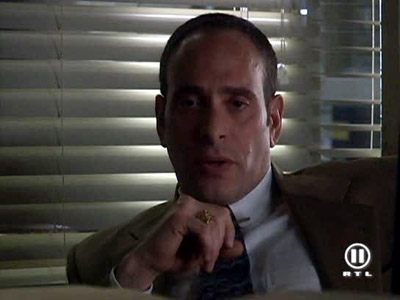 Sara is put to the ultimate Witchblade trial. Meanwhile, Captain Dante introduces Jake to a secret brotherhood of vigilante officers who use their own methods to exact justice - will he join with them? Jake and Sara tail an arms dealer, but a sniper's bullet ends their chase. The case gets weirder when Sara finds a dossier among the victim's effects containing shocking details on Irons, Nottingham ... and herself! 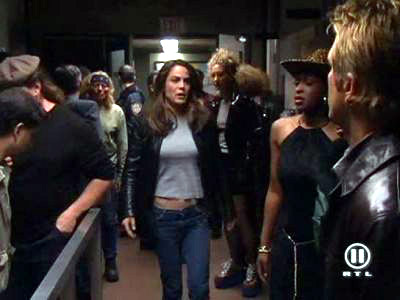 Sara is investigating the murder of a pimp when she receives a mysterious package. She starts reeling when clues suggest the enemy may not be who she thought. All she can trust is herself, and hopefully ... the Witchblade. 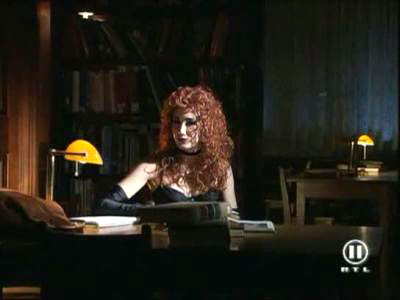 On the lamb from the NYPD, Sara turns to Jake for help, but is Jake in on the conspiracy against her? Meanwhile, Kenneth Irons struggles to stay alive as he spins out a plot to attain the one gruesome elixir that can save him. Irons reveals his true intentions for Sara and the Witchblade.

Witchblade is among the epitome of don't judge a book by its cover. Most probably know that the anime is one of many adaptations of the Witchblade comic (made in America), so just based on that you might not even watch it knowing the track rate of those shows. While the cover art might make it seem like the show is a ecchi fighting anime, it's actually a show about how a mother is trying to protect her daughter. The Witchblade is the "Ultimate Weapon" and whoever is chosen by it has the urge to fight. Obviously several organizations want the Witchblade for themselves, and the other portion of the story is how these are dealt with. I will say the pacing changes greatly in the later part where the show seems rather rushed at the end in contrast to the slow speed at the start. The ending also left a lot to be desired, especially after a disappointing final fight. Many of the primary characters are very appealing. Masane, the bearer of the Witchbalde and the protagonist, is not only physically attractive but has a good spirit and a type of genuine motherly instinct., countered only by her apparent scatter brain. Her daughter is completely adorable in every way. The cast itself is rather large, but only a handful of characters actually have any real importance. I will go on to say that the motives for some of the antagonists are questionable beyond just achieving the Witchblade, but they do a good job making you hate them. The animation is very good. The Witchbalde outfit is especially well done and the action scenes are all well animated. Some of the unimportant sequences seem a little relaxed, which is a shame. So essentially, if you want to see a hot mom who cares for her daughter kick some ass then this is a show for you. It has appealing characters and some motivating emotion that is slightly hemmed by a weak later portion of the show. Even so, there are more than a pair of reasons to watch this anime.

END ANIME SPOILERS Witchblade started off really strong. At least it did for me, seemed really good. The main character is Masane who has a daughter Rihoko. And Masane is cursed with having this weapon called the Witchblade bound to her. In a seemingly post-apocalyptic world shes trying to survive and make a living with her daughter.  It caught my interest. But the tone of the show quickly changes. It isn't really a post-apocalyptic world its just the aftermath of a tragedy that happened 6 years ago. The setting of the show quickly changes since they are picked up from a company that pampers them due to her having the Witchblade. I think a strong point in this show is the characters. I liked almost all of them. They are pretty distinct. Although they don't do anything with them. Not much happens in this show. Every problem in this show only last a few eps before things go back to normal. I wanted a string of events where one problem triggers another. Thats what I consider good writing. But that's not the case here. By the end of the show its clear the main goal is for Masane to prevent the Witchblade from being passed onto her daughter. It ends on her fading away and dying. We don't see the Witchblade going after her daughter but theres no explanation on why or if it ever does. So its never really addressed. The action scenes are really lame. They are rare and short, and when they do happen its just cuts shot to shot of slicing. Theres not really any thought to it or  any kind of situational combat. I got the DVDs, each one contains 4-5 episodes. On the covers we see the Witchblade/Cloneblade/Ultimateblade girl transformations. One of the girls on the cover I really liked, but because how rare the transformations are I didn't even see the girl transform on that DVD. And shes on the cover. Just think its a little silly. I will say the anime had a good feel in the first half though through the character interaction. Overall the story starts off strong but it becomes weak during the end. Combact is lame. Characters are good but due to sucky story it doesn't shine that much through.

The story was great and kept me clinging to it. And also the ending was great too. Gotta say, I loved this anime.

Start a new discussion for Witchblade anime. Please be fair to others, for the full rules do refer to the Discussion Rules page.