Kimihiro Watanuki can see spirits and other assorted supernatural creatures, which is quite a bothersome ability he strongly dislikes. On the way home one day, while plagued by some spirits, he is inexplicably compelled to enter a strange house. There, he encounters Yuuko, a mysterious woman who claims to be able to rid him of the ability to see and attract the troublesome creatures—for a price. She demands that he work at her "store" that grants wishes to people, and thus begins Watanuki's adventures through weird and wonderful events. [Written by MAL Rewrite] 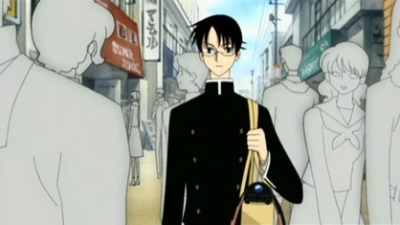 Watanuki's life changes completely when he meets Yūko for the first time. Watanuki is given a job at Yūko's shop, paying off his debt. Mokona, Maru and Moro all make their first appearance in this episode. 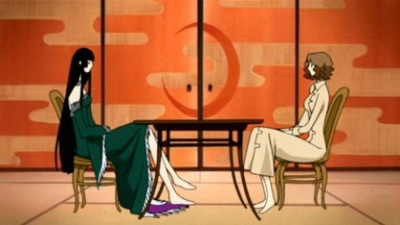 A client seeks Yūko's aid because she has problems with her right little finger; Yūko tells her that it is happening because of a bad habit of hers. Watanuki learns more about Yūko while becoming the shop's cook. Himawari-chan and Doumeki both make their first appearance in this episode. 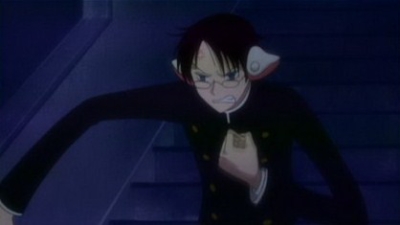 Himawari-chan asks for Yūko's help to solve a series of mysterious incidents occurring at the school, involving a game called angel. Yūko meets Himawari-chan, and Watanuki is forced to work with Doumeki. Doumeki begins to learn about his true nature. 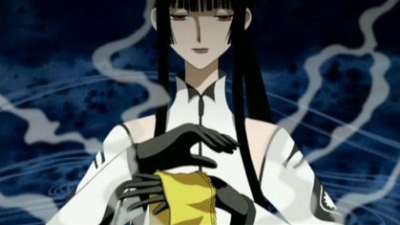 Yūko decides to show Watanuki what a real Diviner can do. Watanuki learns more about Yūko's powers, while his past is explained. The important butterfly symbolism found throughout the series is also explained. 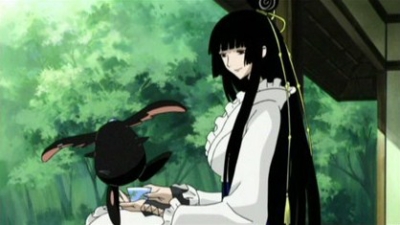 Watanuki encounters an uncommon oden shop in the middle of the night, while engaging in a dangerous task with Mokona's aid. Watanuki meets the Fox family and later gives the Young Fox a Haja Arrow. The full moon brings new life to Yūko's shop. 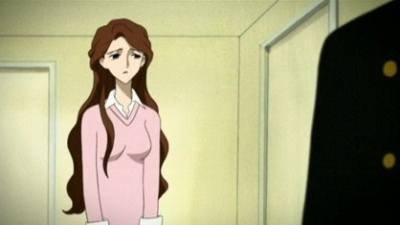 Watanuki and Yūko pay a visit to a client who desires to abandon her addiction to computers. 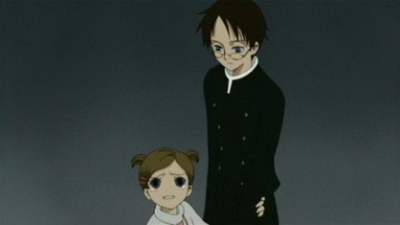 A rain sprite (Ame-warashi) seeks Yūko's help to save a friend of hers. 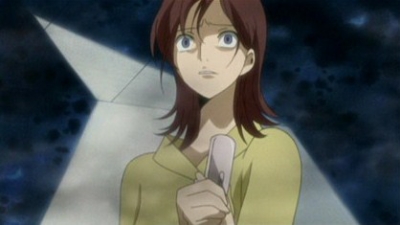 A teacher in Watanuki's school gets her hands into a dangerous item from Yūko's shop, the monkey's paw. The teacher's discovery eventually leads to her downfall and of the monkey's paw choking her. 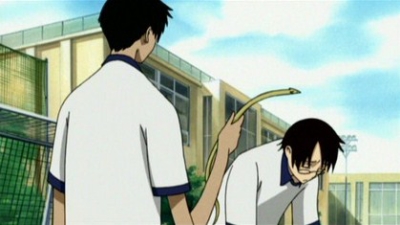 Yūko receives a Pipe Fox as payment from Ame-warashi, while another client with bad habit problems arrives at the shop. 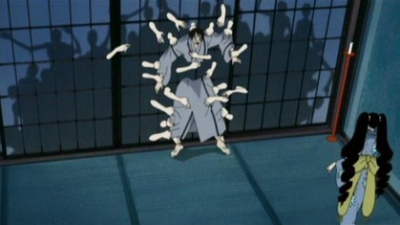 Yūko decides to arrange a ghost stories meeting with Watanuki and his friends.

xxxHolic takes me back quite a bit. It was the manga form of this particular series that was my first introduction to manga and eventually anime, so know that I look at this series through a nostalgic, and somewhat partial lens. I didn't realize that there had been an anime adaptation of this particular series until a year or so ago, and I set about watching it the moment I found out. Details I recall from the show: slow pacing, pretty faithful adaptation of the manga's plot, and an interesting story. Somewhat bland characterization, but a still overall enjoyable series. 7/10.

I am a man who primarily watches action anime - for an example: out of my top 10 prior to watching this show, only 2 shows (Excel Saga and RahXephon) were very light in action scenes.  So, if you were to follow that line of logic, then I should find xxxHOLiC to be an, at best, average anime. This was a case where said line of logic would be heavily flawed - because this managed to top pretty much anything I had ever seen. The story of xxxHOLiC follows Kimihiro Watanuki, a student who attracts unwanted spirits, and can see them - it is a "Curse" of sorts.  One day, while walking home, he passes by a house and is drawn in.  He enters, and encounters a woman named Yuuko Ichihara.  She offers to rid Watanuki of his curse for a price - he must work for her until he's done enough to compensate for her services.  He accepts, and starts to help her, completing various tasks, while also expanding upon his past. This was animated by Production I.G., one of my all time favorite animation studios (my favorite is Madhouse), and they pulled out all the stops here.  The character designs were by CLAMP, and rather appropriately, there are references to other CLAMP works in xxxHOLiC - most notably Chobits (as seen in the video below). The OST fits the mood perfectly - it alternates between calming and somewhat creepy.  In fact, one of the earliest signs that indicated that I would like this show was the opening - it prepared me for the fun that was to come. The show's characters are all unique - aside from Watanuki (who is an easily-irritated high school student), there's also Yuuko (a mysterious woman who's addicted to sake), Doumeki (a calm student who acts as a foil for Watanuki, and has the ability to repel spirits), Himawari (a sweet high school student who Watanuki is easily infatuated with), and Mokona (a "pet" of sorts who acts as a friend to Yuuko).  Each of the characters have likable traits about them, and they are one of the biggest reasons why I absolutely love this show. This show is available dubbed and subbed (at least for the first season and the movie, anyway - I have no idea why the rest of the show isn't dubbed), and I recommend the dub, mainly due to the outstanding performances of Colleen Clinkenbeard and Todd Haberkorn as Yuuko and Watanuki respectively, as well as the fact that it's a FUNimation dub. Lastly, I would like to address the similarities this show has with Mushishi - yes, there is a fair amount in common, but technically, xxxHOLiC got an anime adaptation first - the movie which acts as a side story for the main TV series, xxxHOLiC - a Midsummer Night's Dream, aired in August of 2005; Mushishi started airing in October 2005.  Additionally, Mushishi is focused more on exploring how the unknown can affect people's lives; xxxHOLiC is a comedy show.

Start a new discussion for xxxHOLiC anime. Please be fair to others, for the full rules do refer to the Discussion Rules page.