Legend says that the enigmatic Millennium Puzzle will grant one wish to whoever deciphers its ancient secrets. Upon solving it, high school student Yuugi Mutou unleashes "another Yuugi," a peculiar presence contained inside. Now, whenever he is faced with a dilemma, this mysterious alter ego makes an appearance and aids him in his troubles. Wishing to unravel the mystery behind this strange spirit, Yuugi and his companions find themselves competing with several opponents in "Duel Monsters," a challenging card game used by people seeking to steal the Millennium Puzzle in a desperate attempt to harness the great power within. As the questions pile on, it is not long before they figure out that there is more than pride on the line in these duels. [Written by MAL Rewrite] 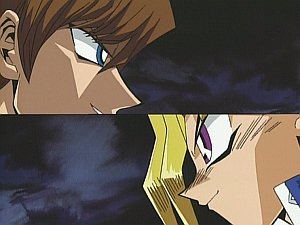 When Seto Kaiba forces Yugi Moto's grandfather to duel him, crushing him and taking his most valued card, the Blue-Eyes White Dragon, as a prize, Yugi Moto and his friends Joey Wheeler, Tea Gardner and Tristan Taylor step in and a duel between Yugi and Kaiba begins. But while Kaiba's monsters prove too powerful for Yugi's deck, smashing through his defences, there may still be hope for Yugi if he can put his trust in the Heart of the Cards and claim victory from the jaws of defeat. 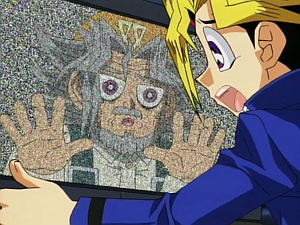 The Trap of Illusionist No Face

After watching Yugi's skill in his duel against Seto Kaiba, Joey becomes determined that he will also make it as a duellist and asks Yugi's grandpa to train him. As the rigorous training regime begins to pay off, Joey learns a lot about strategy when he sees how Weevil Underwood crushed his opponent Rex Raptor's more powerful monsters with the help of a few Magic and Trap cards. However the real tactics begin when Yugi is forced into a timed duel against the mysterious Maximillion Pegasus who seems able to predict his every move before he has even made it. 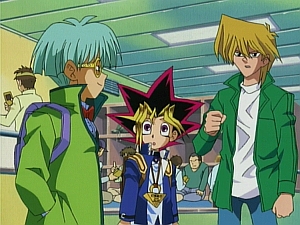 With his grandfather's soul taken by Maximillion Pegasus, Yugi has little choice but accept his offer to take part in the Duelist Kingdom tournament. Determined not to let his friend go it alone, Joey offers to come too, hoping that he may be able to win the tournament himself in order to raise the money for his sister Serenity's eye operation. As the two set off for Duelist Kingdom they do not realise that Tea and Tristan have also stowed away on board, not wanting to miss out on the fun. However things turn sour when Weevil Underwood, the Regional Champion, uses dirty tactics to prevent Yugi from ever summoning Exodia again. 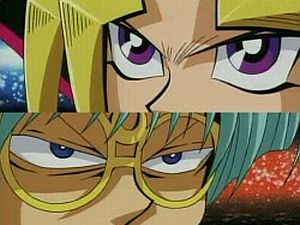 As the Duelist Kingdom tournament begins, Maximillion Pegasus explains that only those who can win a total of ten Star Chips will be qualified to enter the finals. Determined to take his revenge on Weevil for throwing his Exodia cards overboard, Yugi is lured into the forest where a duelling arena appears. Once the duel begins, Weevil quickly begins to exploit the advantages of Pegasus's new rules system in an attempt to gain an early lead, but Yugi is no novice and won't be as easy to defeat as Weevil hopes. 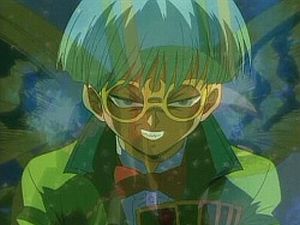 Yugi's first Duelist Kingdom duel continues, but despite turning the tables on Weevil things are far from over. Attempting to foil Weevil's plans, Yugi finds himself worse off than ever as his opponent summons the seemingly impenetrable Cocoon of Evolution. Is nothing in Yugi's deck strong enough to defeat this creature before the Ultimate Great Moth is summoned to the field? 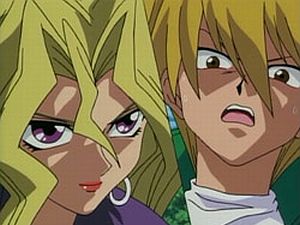 Joey's search for a dueling opponent lead's him to accept a challenge from veteran duelist, Mai Valentine. But when Mai begins to demonstrate an unnerving psychic-like ability, Joey becomes totally flustered, leaving him no choice but to figure out Mai's secret strategy before falling victim to it! Mako Tsunami, the master of the Sea Deck, lures Yugi into a duel on his own Sea playing field where all his monsters gain a field advantage. Can Yugi adapt to these new settings to turn the tide of battle?. 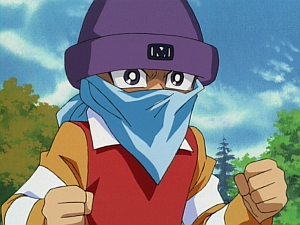 If Yugi is eliminated from the tournament, Kaiba Corporation's crooked Board of Directors will transfer control of the company from Kaiba to Pegasus. Kaiba's younger brother, Mokuba, challenges Yugi to a duel not only to protect his brother's company but to regain their honor. Is Pegasus successfully manipulating possible allies against each other?. 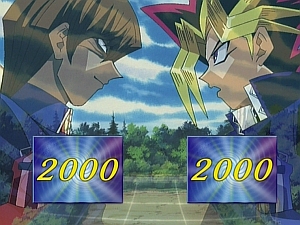 Back From The Dead! Magical Silk Hat

Yugi is challenged to a duel by ghostly figure claiming to be the spirit of Seto Kaiba. But with his best cards resting at the bottom of the ocean, Yugi must discover a new strategy as he once again faces the legendary Blue Eyes White Dragon. Yugi manages to defeat the first Blue Eyes White Dragon, but there are two more waiting in the wings. As the duel rages on the real Seto Kaiba races to save Yugi from defeat at the hands of his own deck.

Good for a young audience but lacks the story-line to appeal to anyone over 10. Season 1 &amp;  Season 5 from Ep. 25 are worth wathching though

In my own individual library, I gave this show a pretty high score for my personal enjoyment and how the fandom and my friends have made it so wonderful.  That aside, looking at the show with a bit more objectivity, some parts can be a bit hard to get through. **Story** The problem with Yu-Gi-Oh! is that the stories in each arc are interesting, but the card games take so long to get through, that it can get lost between duels.  In addition to some of the duels being very long, there are three filler arcs that most fans skip over entirely.  When Yu-Gi-Oh! is recommended to someone on a time crunch, generally, people are told to watch Duelist Kingdom, Battle City, and Memory World.  Virtual World, Doma, and Grand Prix are usually skipped, and not without good reason.  If you have time to watch them, some of the storylines can be fairly interesting (if you can get through the card games).  Generally, though, there's a lot of filler leading up to the big reveals and interesting aspects of each season. In terms of the Duels, some of them can be interesting, and some are just plain boring (as can be expected of such a long series revolving around card games).  The duels that are interesting are very interesting, and Duel Monsters is one of the few series where the opponents are the ones that have the deus-ex-machina cards rather than the protagonists.  However, some of the duels just stretch on forever, and aren't interesting at all.  Sometimes, it's just better to watch the series with someone who's already seen it to know which episodes and duels to skip and which are worth watching. **Animation** The animation is pretty standard fare for a long-running 90's shounen.  It gets better and better as the series goes on through the Doma arc, until Memory World is reached.  From there, the animation takes a sharp drop (which is unfortunate, considering how important the arc is and how interesting it is).  If only the animation didn't drop so much during the final arc, it would have had sharp, somewhat stylized animation that is true to the manga. **Character** Sans a few of the character, they tend to be, unfortunately, rather flat.  The fun of the characters tends to come from interacting with the fandom, piecing things together, and generally making them your own.  Some characters have wonderful depth, such as Malik and Jounouchi, but a lot of times, further development is pushed back for the sake of card games.  They all have general personalities, but only a few have fleshed out backstories. **Enjoyment** Personally, I find a lot of enjoyment with this series.  It's a lot of fun to watch with friends and laugh about some of the ridiculous aspects, and when an arc is interesting, it's hard to get out of it.  Watching it with other people, both critical and fans, is a lot of fun (and a few drinking games can come out of it).  Watching it alone depends how into the series and characters one is, but if you'll commit to the series (or at least the parts of the series fans are generally encouraged to watch), even some of the card games will be fun. **Overall** Overall, enjoyment will come down to a few factors.  There's nostalgia, group enjoyment, and how much one enjoys card games.  While, personally, I found quite a bit of enjoyment, objectively, it might be a lot harder for people to get into it and really consider it one of their favourite series. If you're a fan of long-running shounen, card games, or faux Egyptian history, this is a  good series to dip your toes into.  If you're all right with skipping around, it can also be fun.  However, it's not for everyone.  If you like it, though, chances are you'll really like it.

Start a new discussion for Yu☆Gi☆Oh! Duel Monsters anime. Please be fair to others, for the full rules do refer to the Discussion Rules page.