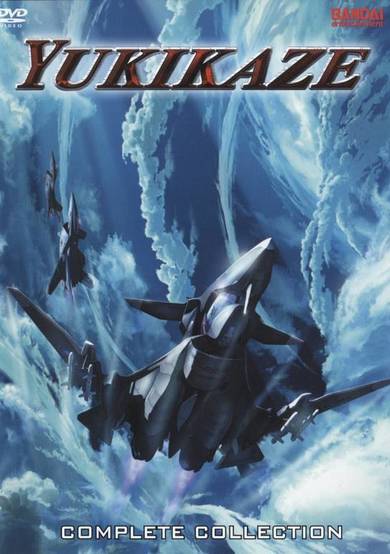 This full 3DCG digital animation has story takes place in the far future after a pillar of huge fog appeared suddenly in the South Pole. This pillar, known as Jam, is actually a passage for an earth invasion. In order to oppose the threat, the United Nations established an earth defense mechanism. Fukai Zero is a hero registered to the main force of earth defense and the special 5th flight squadron. His reconnaissance plane, Yukikaze (windblown snow) is the best tactical reconnaissance plane. His job is to collect battle information return safely to the base with the information. But one day when he about to finish his duty, an unidentified machine attacked him... (Source: AnimeNfo)
User Count1663
Favorites Count11
Start Date25th Aug 2002
Next ReleaseInvalid date
Popularity Rank3830
Rating Rank3504
Age RatingPG
Age Rating GuideTeens 13 or older
SubtypeOVA
Statusfinished

Yukikaze is a show I found in a related videos for a Macross Plus Dogfight, and I looked it up after about ten seconds of watching. Yukikaze is a five episode OVA that has been dubbed into english. It centers on the war between an alien race known as the JAM(no really) and Earth. As the story opens the JAM have made a breach near the south pole to come through, Pacific Rim style, but we've pushed them back and are now waging a war on their side of the portal. More specifically, the story focuses on Rei Fukai, a pilot with the FAF who works with the titular character, the AI Yukikaze. Yukikaze is able to detect the presence of the JAM even when they're disguised as a friendly plane, which is a problem they're having. The war at this point is basically a stalemate and both sides are trying to understand the other. This show has some terrific animation, though a lot of it is CGI, which I know is a turnoff for a lot of people. The characters look a lot like what I've seen of the animation in Death Note, for reference. The JAM are simple in design buy have a very cool aesthetic in my opinion. The Earth jets, which there are quite a few of, also look quite good and remind me of the future jets from the Ace Combat series(Which I haven't played so don't get mad at me if I missed something.) There are some seriously awesome design skills at work here. While the plot gets a bit nonsensical towards the end, it still make sense, and more importantly, gives us ample opportunity to see the aerial combat we're here for. And yes, the aerial combat in this show is beautifully rendered and very well choreographed. Easily the best part of the show. The characters aren't particularly interesting, with the exception of Lt. Fukai and the AI, Yukikaze, who both are given some decent characterization. Yukikaze especially does a good job of exhibiting character despite having no dialogue at all.

Start a new discussion for Sentou Yousei Yukikaze anime. Please be fair to others, for the full rules do refer to the Discussion Rules page.