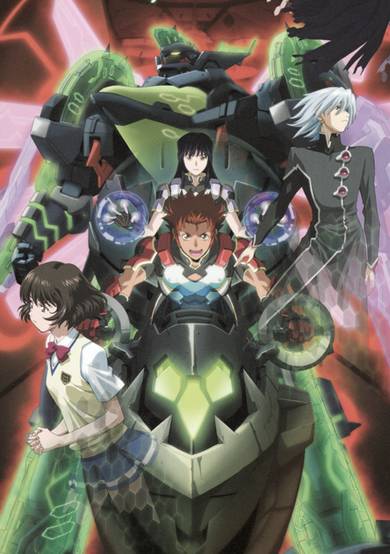 Kyo, an avid swimmer tries his best to keep the high school swimming club going, which is pretty hard when he's the only member. Facing the prospect of the club being closed by the student council, he tries to enlist beautiful Misaki to act in a promo video, shot by his good friend Ryoko, in a bid to start a recruitment drive. She agrees but only if he pilots a mecha under the wing of Celebrum, a resistance organisation fighting to destroy Deutera Areas formed on Earth by the aliens Gards-orm. He agrees but finds it all strangely familiar as if he's done it before... (Source: ANN)
User Count3436
Favorites Count51
Start Date6th Apr 2006
Next ReleaseInvalid date
Popularity Rank2574
Rating Rank2235
Age RatingPG
Age Rating GuideTeens 13 or older
SubtypeTV
Statusfinished 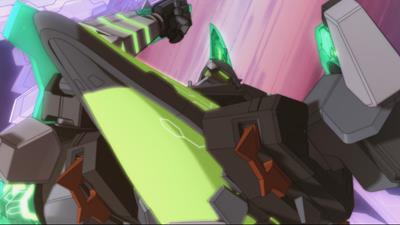 Kyo Sogoru finds that he is the only one who can see Shizuno Misaki, a beautiful girl who invites him to play a game where he must save the world. 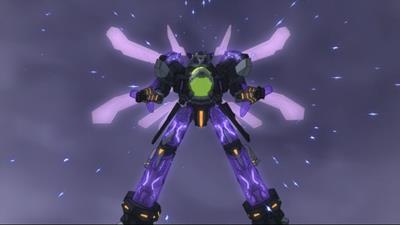 Kyo finds that strange things are happening in his world - like his friends disappearing from sight and Shizuno appearing only when he is alone. He agrees to continue helping her if she will appear in a film he and his friend, Ryoko Kaminagi, are filming. 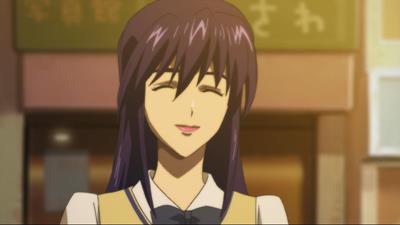 As Kyo plays a game given to him by Student Council President Shima, he begins to question the reality he lives in. 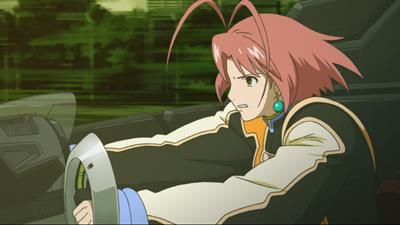 May-Yu, May-Yen, and Lu Sheng are determined to save the corrupted Shanghai Server with help from Kyo and Shizuno. When the server is destroyed, Kyo discovers the truth behind what is reality and what is a dream. 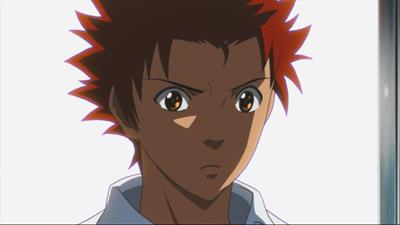 Kyo convinces himself that Maihama is real and so are all his friends. However, in his increasing confusion, he fails to appear for battle when the Oceanus needs him most. The Celebrants must defend themselves against the enemy who appears at last - Abyss. 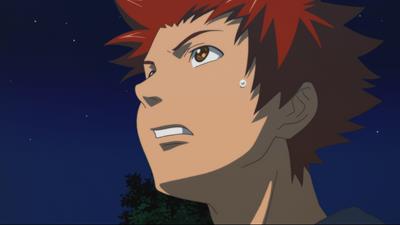 Kyo tries to prove that what he feels and experiences within his world are real, but instead becomes temperamental as he realizes that even his friends may be nothing more than illusions. When he tries to leave Maihama to affirm the reality of his world, Shizuno finally explains the truth. The Oceanus is joined by Chris and Arque Avenir. 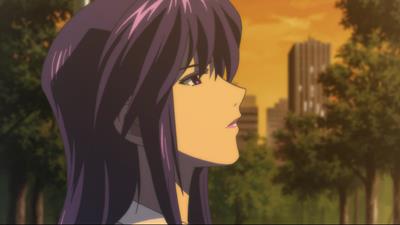 Finally convinced that Maihama is an artificial illusion, including those cares most about, Kyo spends the day with Ryoko at the aquarium, who notices he has changed despite how he acts otherwise. 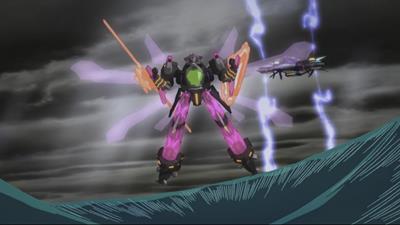 On The Other Side of the Water

Memories that Kyo does not recall and off-hand comments from his comrades hint that Kyo's past is more complex than he realizes. Accompanied by May-Yu, he goes to see the real Maihama so he will experience the pain of reality and know why he must continue to protect his illusory world. 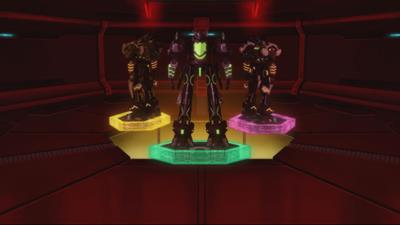 Chris reveals to Kyo that while the data of bodies can be reconstructed, memories that are lost can never be recovered - Arque has lost a great deal of hers from wet damage. Kyo and Ryoko get into a disagreement and Kyo questions the pain he feels from emotion. 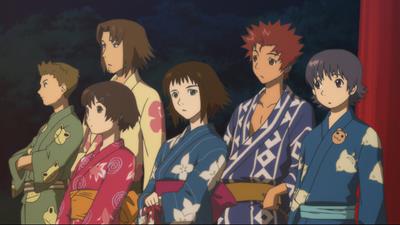 Ryoko uses a video tape from Tōru Kanō to create a new film, not realizing that it is a sign she may "awaken" to the real world soon. She and Kyo make up during the Summer Festival.

Zegapain is a show that contains all the elements of a show that should have met massive critical and commercial success both inside and outside of Japan. The latter is true, but the former isn't, which comes as a surprise of sorts if someone has actually finished the show. The show is complex, philosophical, very tightly written and has an amazing setting which is fleshed out in a spectacular amount of detail and has a lot of depth. And yet, this show stands as one of the most underrated anime series of all time. This is in part to the show's seemingly weak beginning where a lot of elements that the show has are foreshadowed but never directly told to the audience, which leaves viewers with the misleading impression that it's just another generic mech anime and that the characters are simplistic and bland. Neither impression is correct, as anyone who has actually finished the show would tell you. In fact, this show's biggest problem is that it doesn't show its true nature until most viewers have dropped the show and walked out with the worst first impression possible. Zegapain is also well-known for the story and setting in itself being a massive spoiler for the entire show. It is recommended by most people to at least reach episode 7 before making a decision to drop the show, since the show doesn't show its true colors until that point. The story is very tightly written and well-explained, and the setting is even better fleshed out than one would expect. Presentation of the story is top notch and exposition scenes never insult the viewer's intelligence by bringing up things that the viewer already knows but apparently needs the show to explain.  The setting is very distinct by anime standards, and while many people will be quick to compare the setting with the Matrix, I found the similarities superficial at best and outright wrong at worse. The setting is incredibly crapsack by nature, so heads up for anyone looking for something easygoing and happy-go-lucky; you won't find it here. The themes are very interesting and captivating from beginning to the end, well-explored and fully fleshed out. Mentioning the themes is a spoiler as well, so I will only say that even that shows its true colors after episode 7, though very carefully foreshadowed at the beginning. The characters are simplistic, but are very dynamic and work extremely well and develop very well over the course of the show. No character is left undeveloped or unexplored, though the villains aren't as developed as well as they could have been. The soundtrack is of a high quality, fitting the mood of the show and some tracks having hearing value outside of the show. The ending song in particular fits the show very well, and is easily among my favorite ending songs of all time. Artwork looks alright, but I couldn't help but feel that with better animation quality this show's presentation would've been a lot better and it would have been nice to see where the creators could have experimented with it. The animation is consistent throughout the show, and there are no real quality drops, but even then the show was too good to have animation that barely gets an average score. Overall, Zegapain is an exceptional show which doesn't play its cards properly instantly and saves the best after a certain point in the show. The story is amazing, the setting detailed and the characters constantly move forward from episode to episode. Patience will be rewarded while watching this show, and it certainly is a case where ratings don't tell the full story.

Start a new discussion for Zegapain anime. Please be fair to others, for the full rules do refer to the Discussion Rules page.